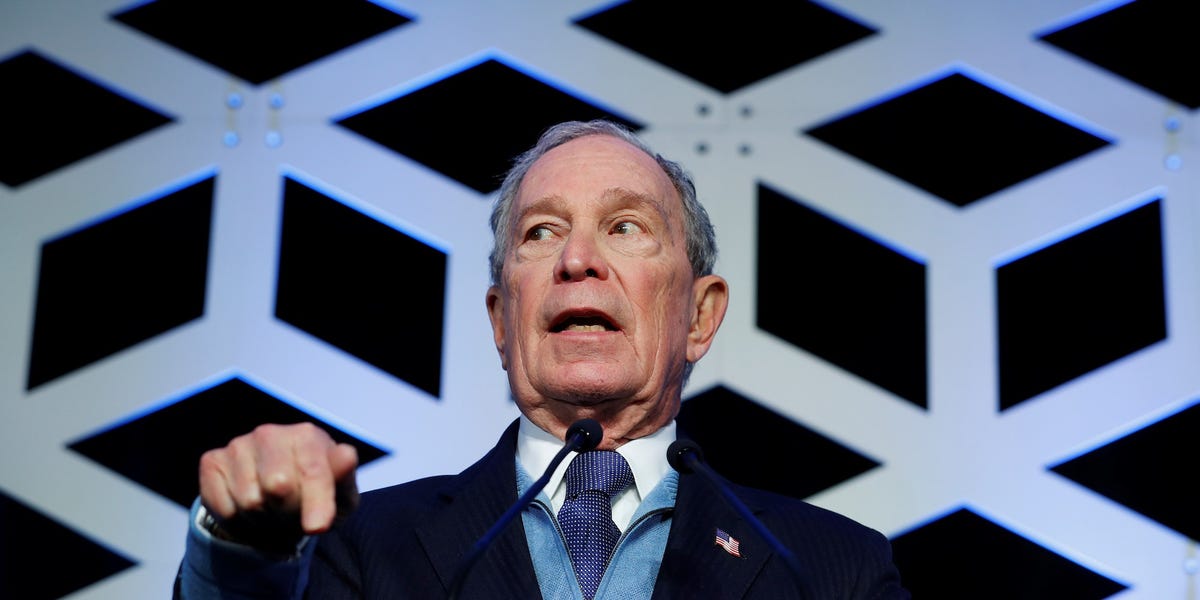 Editors at Bloomberg News “censored” stories about the United Arab Emirates and pressured a reporter to reveal her sources in order for the company to boost its sales in the region, according to allegations in a discrimination lawsuit filed late on Sunday by a former reporter.

Syeed “noticed stories appeared to be censored, or … overly deferential to the U.A.E. government,” Syeed claims in a suit filed in Manhattan state court.

Syeed’s suit — which also names editor-in-chief John Micklethwait, his predecessor Matthew Winkler, Chief Content Officer Marty Schenker, and Deputy Editor-in-Chief Reto Gregori — alleges that Bloomberg was toxic work environment and that she was passed over for promotion and “demeaned” as a woman of Southeast Asian descent in a company largely made up of white men.

For the nearly four years she worked at Bloomberg through 2018, Syeed claims, she was screamed at by editors until she went to the bathroom to cry, was often confused with another Southeast Asian woman, and was told when she was passed over for an opening on a coveted beat that it was because the job wasn’t a “diversity slot.”

Syeed claims she brought up workplace discrimination and alleged abuse from an editor with HR on at least two occasions — in an undated internal evaluation, and in a June 6, 2018 meeting an HR head in D.C. She said that the company never investigated her claims.

Ty Trippet, a Bloomberg spokesman, disputed that Syeed made an internal complaint.  “We have no record of a complaint at any time during the plaintiff’s employment,” he said in a statement.

Bloomberg L.P. has been named a defendant in nearly 40 civil suits over the past two decades by more than 60 women, many of which accused the company of discrimination on the basis on sex.

Syeed started covering politics and the economy in the Middle East for Bloomberg News in October 2014, after previous stints at the Associated Press, USA Today, and Al Jazeera, according to her LinkedIn profile. During her time at Bloomberg, she reported high-profile stories including a profile of the UAE’s Crown Prince Mohamed bin Zayed, and the sale of a $450 million Leonardo di Vinci painting to The Louvre.

In her complaint, Syeed said Bloomberg executives pushed her to jeopardize her sources’ anonymity in order to help expand Bloomberg’s terminal sales in the region. Within the first six months of her employment there, she said, editors asked her to invite sources to Bloomberg-sponsored events in Dubai where Michael Bloomberg was speaking, which Syeed felt was a conflict of interest, according to the suit.

“In Dubai, the male Editors often reminded reporters the U.A.E. was one of the company’s largest markets in the region, and that it was key to maintain good relations with the government to keep the company’s operations running in the country,” her complaint says. “Bloomberg’s Editors’ pressure upon Plaintiff Syeed to extend invites to her sources to this event caused her to feel that the company was misusing her, a news reporter for her connections, as a sales representative by offering up access to Mr. Bloomberg.”

Syeed’s complaint also raises questions around the security and confidentiality of communications with her sources. When she was reporting in the Washington, DC, bureau, the complaint says, she asked editors for software that would allow her to encrypt her communications, in order “to properly cover increasingly sensitive topics and maintain confidentiality and trust with her sources,” she claims. She alleges she was told that she could only use one encryption program on her company-issued computer, while male reporters “were granted access to Defendant Bloomberg’s secure communications equipment.”

The suit also claims — without citing specifics — that editors frequently watered down stories over the objections of reporters, and claims that a 2018 profile Syeed wrote on Brian Bulatao, the chief operating officer at the Central Intelligence Agency, was turned into a “puff piece.”

It claims Syeed’s supervisor, Alaa Shahine, asked her to “provide details of Plaintiff’s source meetings openly in the newsroom in front of other reporters,” as well as to forward sensitive information to others in New York, the suit claims. When Syeed pushed back on that, Shahine told her, “Oh, we’re not like that here,” according to the complaint.

Shahine would yell at female reporters, and on several occasions caused Syeed to cry in the bathroom of the Dubai newsroom, she claims.

The censorship claims aren’t the first time that Bloomberg has been accused of mollifying an autocratic regime in order to increase its terminal sales. In 2013, a group of reporters in China told the New York Times that then Editor-in-Chief Matthew Winkler had killed stories detailing how some of China’s wealthiest people made their money. The company claimed then that the stories were still active. It eventually fired the lead reporter on those stories and attempted to pressure his wife into signing a non-disclosure agreement, NPR has reported.

The suit was filed on behalf of Syeed by Donna Clancy, an attorney who has represented several women in sexual harassment claims against the company.

In 2015, senior editor Inal Ersan made a comment that Africans would have been better off drowning en route to America than being sold into slavery, according to the complaint. “You know all those Africans they brought on the boats? They should’ve just drowned them in the ocean,” he said, according to the allegations.

After raising the issue, Syeed was told that Ersan was excused from making the comments because he had to watch depressing news about the war in Syria, where he had relatives, according to the suit.

Syeed also claims she was routinely called by the name of another woman of Southeast Asian descent, and was rebuffed when she asked an editor to remember how to pronounce her name.

The largely white news operations also hindered her progress there, Syeed claims. In 2016, Syeed was passed over for a position covering the United Nations — a role that went to a white, male reporter who had two years less experience than her. She alleges that when she raised the issue with an editor, Mike Shepard, he told her that the position wasn’t designated as a “diversity slot.”

In a meeting with an HR representative about that comment, Syeed was told there was “no such thing,” she alleges.

On its website, Bloomberg claims that “diversity and inclusion aren’t afterthoughts,” but are central to its success as a business. Last year, three people of color who used to work there urged their alma mater, a historically black college, to stop allowing Bloomberg to recruit there because the company was a “toxic” place to work.