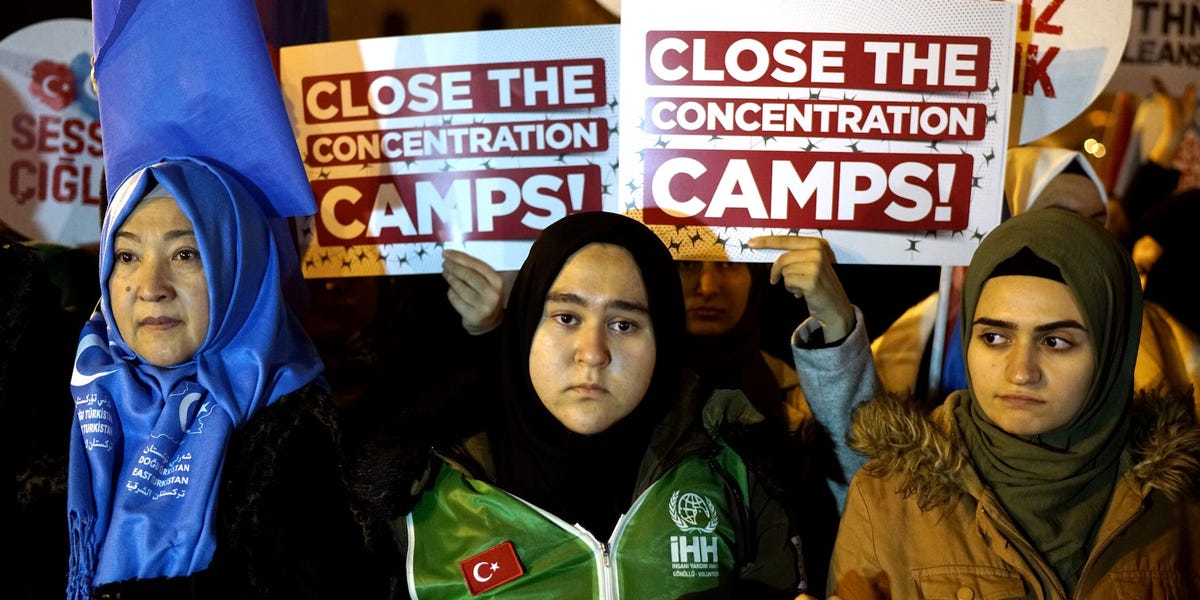 Organizations hired by Western firms to examine their supply chains in China, and to make sure forced Uighur labor is not contributing to their products, now say they won’t carry out the checks, The Wall Street Journal reported.

Millions of Uighur Muslims have been detained, surveilled, and subjected to human-rights abuses in the western Chinese region on Xinjiang, with reports also connecting labor and materials used by major global brands to forced Uighur labor.

In response, some companies have hired auditing groups to examine their suppliers.

All five are auditing groups that have the resources to carry out supply-chain inspections in Xinjiang, though only three — Bureau Veritas, TÜV SÜD and WRAP — have already worked or commissioned a probe in the region, The Journal reported.

According to The Journal, two other auditing companies told a US labor-rights group that they would not perform audits in Xinjiang, though they did not respond to the newspaper’s request for comment.

Human-rights groups told The Journal that China’s influence can make it difficult to be able to properly examine whether forced labor is in use in a workplace, and that such audits could end up justifying businesses in sourcing materials and labor in the region.

Experts also told The Journal that auditors could face major problems in trying to establish workers’ conditions, including few workers being willing to speak freely and the fact that government-supplied translators may be used.

Earlier this year the US State Department had warned of “reports of auditors being detained, threatened, harassed, and subjected to constant surveillance related to this ongoing issue.”

The Chinese government has made it extremely difficult for foreigners to visit and investigate conditions in Xinjiang in the past. It has in the past hosted journalists on heavily controlled tours. Undercover journalists have reported police officers telling them to delete their photos and order locals not to talk to them.

Many major Western brands have been accused of having such forced labor as part of their supply chains. They include Apple, H&M, Nike, Adidas, BMW, Calvin Klein, and Amazon.

Earlier this month the US blocked imports of certain clothes, cotton, and computer parts from Xinjiang, saying the act sends “a clear message to the international community that we will not tolerate the illicit, inhumane, and exploitative practices of forced labour in US supply chains.”

Some major global brands have also ended or vowed to end their connections with Xinjiang, The Journal noted.

China has repeatedly denied subjecting Uighurs to any forced labor.

Chinese authorities have detained at least one million Uighurs and other ethnic minorities in detention camps in what the country euphemistically calls “re-education camps,” and have put them under extreme surveillance measures.

Beijing claims that its actions help guide Uighurs out of poverty and away from religious extremism.

Journalists in the region and people who have escaped have reported authorities forcibly sterilizing women — in an apparent effort to clamp down birth rates — and harvesting some Uighurs’ organs. China has denied both claims.