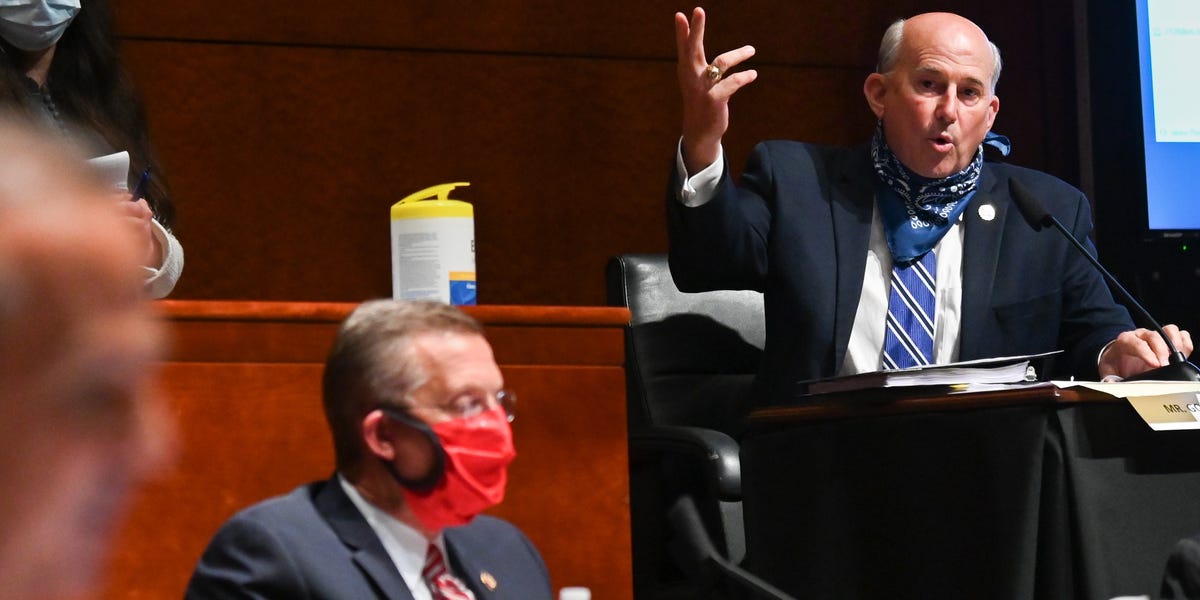 Louie Gohmert, the Texas congressman who frequently strode the US Capitol without a mask and last month contracted COVID-19, is postponing a major political fundraiser previously scheduled for next week.

Donors paying $5,600 to attend “Louie’s Birthday Bash BBQ” in Tyler, Texas, were promised a signed copy of Fox News personality Jeanine Pirro’s book, and a VIP meet-and-greet with Gohmert and an unspecified “special gift” from him.

An updated invitation to Gohmert’s fundraiser states that the event will take place on a yet-to-be-set date in October.

Pirro, who was slated to appear during the original fundraiser, is not listed on the updated fundraiser invitation. Gohmert’s campaign could not immediately be reached for comment about the postponement.

Until now, Gohmert ranked among numerous Republican politicians who have maintained an aggressive schedule of in-person fundraisers in a bid to keep financial pace with Democrats.

Gohmert tested positive last month for COVID-19, the disease caused by the novel coronavirus, prior to a planned Air Force One trip on July 29 with President Donald Trump.

On Thursday, Gohmert told Texas television station KLTV that he drove alone from Washington, D.C., to Tyler, where he’s now in quarantine. He said he’s experienced soreness and aches and described his symptoms as “minor.”

Gohmert also said he’s taking several drugs and supplements, including hydroxychloroquine, azithromycin, and zinc, to treat his COVID-19. The FDA and public health officials have warned about the use of hydroxychloroquine to treat COVID-19, saying there’s no evidence it’s effective in treating the disease. But Gohmert said that his reduced symptoms are “most likely” attributable to the cocktail of medicines he’s taking.

But Gohmert has weathered criticism for questioning the advice of public health leaders such as the National Institutes of Health’s Anthony Fauci and for potentially putting fellow members of Congress and congressional staffers at risk by often not wearing a mask while at work.

Politico reported that one of Gohmert’s own congressional staffers is suggesting the lawmaker “berated” employees for wearing face coverings because he wanted them to be mask-free examples of how to open the nation back up.

“I’ve never berated anybody for not wearing a mask,” Gohmert told KLTV.

Even Gohmert’s daughter Caroline Brooks, said her father’s “heartbreaking” diagnosis could have been avoided.

“The advice of medical experts shouldn’t be politicized. My father ignored medical expertise and now he has COVID,” Brooks tweeted earlier this month.

Government officials denied Gohmert passage onto Air Force One after testing positive for COVID-19. Gohmert said Trump later called him from the plane and joked, “You’re saying I saved your life?”

Gohmert, who’s served in Congress since 2005, is expected to easily win reelection in November to a ninth term in his solidly Republican district. Gohmert’s campaign reported about $63,000 cash on hand as of June 30, according to Federal Election Commission records.