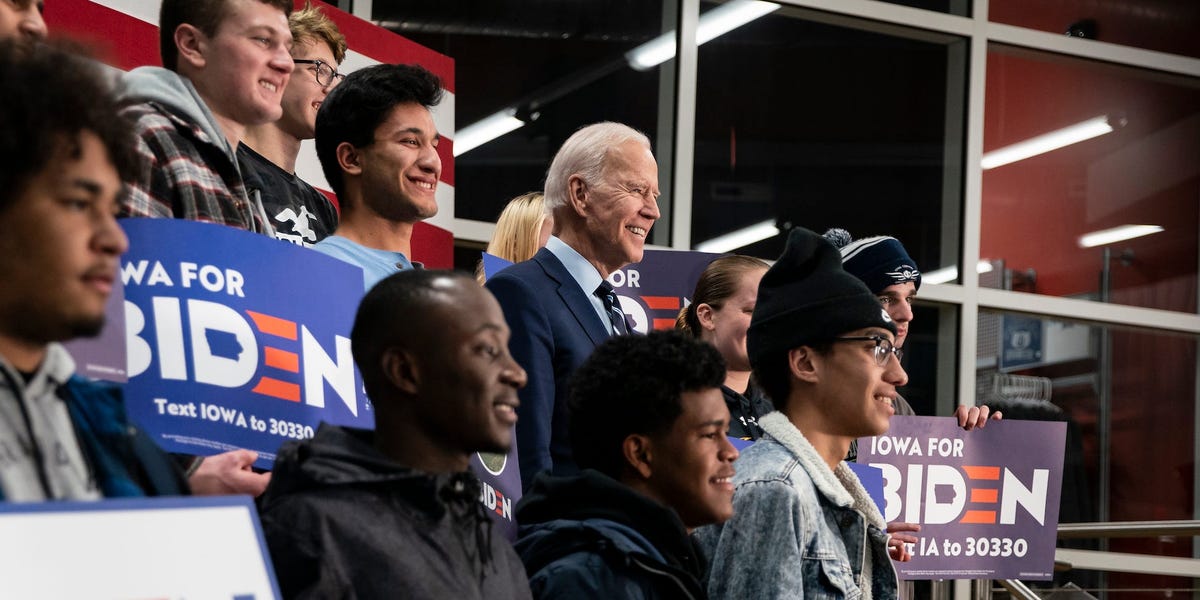 In a normal election year, students would be flocking back to college campuses  — and presidential campaigns would be right on their heels.

But 2020 is far from a normal year. Every aspect of society has been upended by the coronavirus pandemic, including the typical fall push that Democratic White House hopefuls rely on to find and motivate the young student voters who can make a big difference in swinging an election.

“There are going to be people who traditionally we do capture who are gonna slip through the cracks,” said Rupi Jain, the president of the College Democrats on the swing state battleground campus of the University of North Carolina at Chapel Hill.

It’s a perfect storm of complications: the loss of vital in-person interactions like on-campus rallies, voter-registration sign-ups, constantly shifting mail-in ballot deadlines and a turbulent fall semester has also left students uncertain of where they’ll even be when Election Day arrives on November 3.

That’s meant Democratic presidential nominee Joe Biden and the organizers who support him have had to reimagine how they will engage an unreliable but predominantly left-leaning demographic using mostly digital means.

“The No. 1 commodity in this election is a cell phone number,” said Heather Greven, a spokesperson for the youth voting PAC NextGen America, which has had to completely reimagine its campus outreach during the pandemic.

College votes could be good news for Biden and Democrats

More than 15 million people have become eligible to vote since the last presidential election in 2016, according to Tufts University’s Center for Information and Research on Civic Engagement. Those young voters prefer Biden over Trump by a 34-point margin, the university’s study found.

For Biden’s campaign, the challenge is making sure it can find its supporters when they’re scattered around the country and away from their schools because of the COVID-19 pandemic.

But because of public health restrictions, the Democratic presidential campaign has shifted its thinking on how to reach college students. Plans are in place to have campus liaisons in ten battleground states this fall that will help Biden’s team to identify virtual gathering places at each school.

It still sounds like a learning process. The campaign was thinking through the digital spaces that students will congregate in, and how to flood those zones with campaign messaging, Bristol said. They were considering all tools at their disposal, from secure messaging apps like WhatsApp and Signal to more unorthodox platforms like Slack or even Animal Crossing, a Nintendo Switch game where players can congregate on virtual “islands.”

The Biden campaign is also using text messaging to direct young voters to IWillVote.com or the VoteJoe campaign mobile app to get them into their system and target them with frequent updates about voting.

Despite the intense push by the Democrats, some longtime digital campaigners cautioned that there would be no magical solution in 2020 to activate the youth vote.

“Everyone’s looking for that silver bullet that’s gonna magically get all young people to go vote but that’s not really how it works. It’s a more dynamic situation than that,” said Eric Wilson, a veteran GOP digital strategist and director of the Center for Campaign Innovation. “It’s putting in the work of doing really good campaign marketing on as many channels as you can cover where enough voters are spending their time.”

The Trump campaign did not respond to a request for comment about its own plans to reach college voters.

Cellphones are the new clipboards

A student might be a “moving target,” Greven of NextGen said, but they’ll always have their phones with them.

The mission is multipronged: convincing young people to vote, educating them about the complicated registration process, helping them request mail-in ballots and keep up with the fluctuating vote by mail rules and different deadlines in each state.

NextGen has developed an exhaustive texting strategy to make sure students complete the process. If someone has provided NextGen with their cell phone number and address — say, when they registered to vote using NextGen’s site — the organization will text them reminders about key deadlines, and update them on any rule changes in their state regarding voting by mail.

Still, the group is not setting aside more old-fashioned means of communication. It’s sending vote-by-mail applications directly to young people’s mailboxes, with some of the fields filled out in advance to eliminate the obstacles caused by unclear state websites or a lack of a printer,  Greven said.

And when a mail-in voter in NextGen’s system receives and submits their ballot, the software can provide a young person updates on the status of their ballot.

This real-time tracking and constant check-ins can also help NextGen ensure that students required to relocate to or from their college campuses before November 3 can pivot to voting in a different state, or from in-person to voting to absentee, if necessary.

NextGen has also been developing a tool called FiredUp to help it pinpoint the social media accounts of young people who have engaged with them on several platforms, all the better to target them online.

College students are taking digital campaigning into their own hands

Emma Fath, a senior at the University of Wisconsin-Milwaukee, said in an interview she worries that voters her age might be disenfranchised based on what she witnessed at her state’s chaotic April primary.

Fath, the former head of the UWM College Democrats and a fellow with the student advocacy group Rise, told Insider that she and her classmates had successfully deployed an anonymous texting tool called Shadow to get the vote out on campus ahead of a primary that featured a contentious state supreme court race where Democrat Jill Karofsky ultimately prevailed.

“Before we were knocking doors on campus, but we had to switch to phone banking and texting,” Fath said. “We sent out so many texts each day, especially going up to the Jill Karofsky election.”

In North Carolina, Jain said she’s been reflecting on what could have been in a 2020 election without a pandemic. The senior and prominent Biden backer would have been on her quad managing a table stacked high with voter registration forms for passing classmates to fill out in time to make it to class.

But her school became ground zero for the debate over college reopening when it welcomed students back for the fall semester, only for the virus to spread like wildfire. The Daily Tar Heel, its student newspaper, made national headlines for bluntly dubbing the situation a “clusterf–k”.

Now Jain must find novel ways to make sure students have a plan to vote wherever they land in November.

In one upcoming event, the College Democrats will host a Zoom call for students with a representative from the Orange County Board of Elections, who will walk them through filling out necessary forms to register or request a mail-in ballot. Jain and her fellow Democrats have been developing a social media campaign to keep students informed, with plans to conduct text banking five days a week, where volunteers blast out campaign text messages —  that age group’s preferred means of communication — to potential voters.

It’s a dramatic shift for a campus in swing state battleground that hosted Barack Obama for a major rally during all three of the past presidential election cycles: 2008, 2012, and 2016.

“Zoom,” she told Insider, “has been our best friend.”