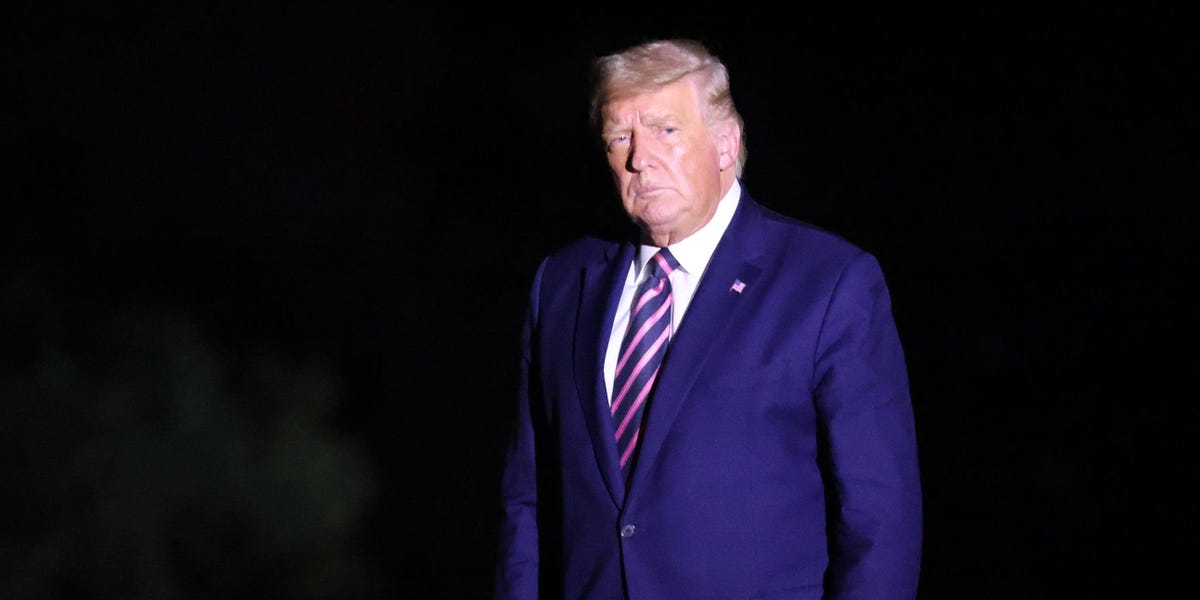 The White House declined Business Insider’s request for comment on the reports, but Trump said in a tweet on Saturday he had the “obligation” to fill the seat “without delay.”

“We were put in this position of power and importance to make decisions for the people who so proudly elected us, the most important of which has long been considered to be the selection of United States Supreme Court Justices,” he wrote in addition to tagging the Republican National Committee Twitter account. “We have this obligation, without delay!”

Ginsburg, who spent 27 years as an associate justice on the nation’s highest court, died Friday at the age of 87 following complications from metastatic pancreatic cancer, the Supreme Court announced. According to an NPR report, days before her death, Ginsburg dictated a statement to her granddaughter that said her “most fervent wish is that I will not be replaced until a new president is installed.”

The president was told about Ginsburg’s death during a campaign event in Minnesota, ABC News noted.

According to ABC News, sources “close to the president and with direct knowledge of the situation” said Trump’s list of potential nominees was “very short,” and said included at least one woman. US Circuit Judge Amy Coney Barrett is a leading contender, two sources told ABC News. Earlier this month, Trump released a list of 20 potential Supreme Court nominees, which included Barrett.

The list also included Texas Sen. Ted Cruz who on Saturday said in a tweet, “we risk a constitutional crisis if we do not have a 9-Justice Supreme Court, particularly when there is such a risk of a contested election.”

When Justice Antonin Scalia died in February 2016, the Republican-controlled Senate refused to vote to confirm President Barack Obama’s nominee, Merrick Garland, as Senate Majority Leader Mitch McConnell argued “the American people should have a voice in the selection of their next Supreme Court Justice.”

“Therefore, this vacancy should not be filled until we have a new president,” McConnell said at the time.

But McConnell said Friday that the Senate would vote on a person nominated by the president to replace Ginsburg, although he did not say whether that vote would take place before the November 3 election.

A simple majority is needed to confirm a Supreme Court Justice to the bench, and Republicans hold a majority with 53 seats. As Business Insider reported late Friday, Sens. Lisa Murkowski of Alaska and Susan Collins of Maine said they wouldn’t vote to confirm a replacement until after the election.