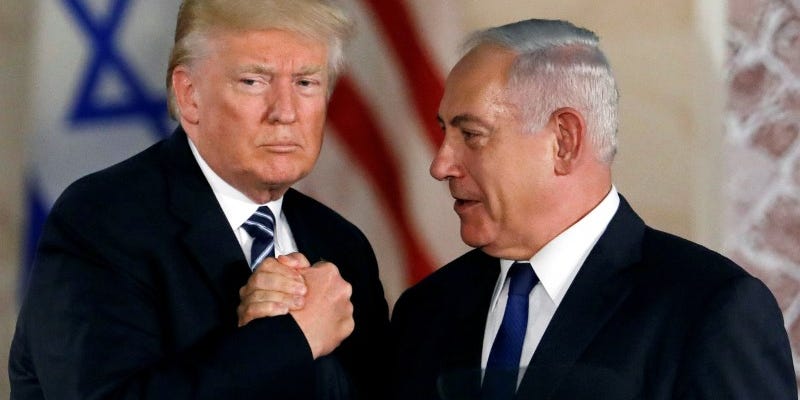 American democracy is in danger as it approaches the November elections, in ways that go beyond even all-too-familiar voter suppression and gerrymandering and threaten to lower the United States to the level of tin-pot dictatorships.

The incumbent president — who has never tried to appeal beyond a minority base, is trailing in opinion polls, and often displays authoritarian tendencies — has all but announced that he will not accept an election loss.

President Trump is on course to exploit whatever post-election confusion and chaos he can foment, in an effort to stay in power regardless of the will of the majority of Americans.

That Trump does not appear to enjoy being president and has no plan for what he would do with a second term doesn’t matter to him. He does not want to go out as a loser, and he wants to postpone the day when he may, as a private citizen, be subject to criminal prosecution.

The most likely confusion-and-chaos scenario is that Trump will exploit the coronavirus-inspired fear of voting in person by discrediting what is certain to be an unprecedented amount of voting by mail. Trump already is repeatedly asserting falsely that voting by mail entails widespread fraud.

The Trump supporter and fundraiser recently installed as postmaster general appears to be impeding the Postal Service’s ability to provide the timely delivery which widespread voting by mail requires. Trump is likely also to exploit public anxiety during a wait for results that may last days or even weeks as election officials count more absentee ballots than they ever have before.

This is the sort of scenario that those who care about American democracy should worry most about. It can be countered by a strong voting turnout, by a vote so lopsided that the will of the majority is not in doubt, and by members of the president’s party showing that they value American democracy more than victory by any one party.

All this is internal to the United States and does not revolve around external intrusion, not even by the COVID -19 virus. The situation evokes Benjamin Franklin’s comment to a fellow citizen that the constitutional convention of 1787 produced “a republic — if you can keep it.”

But Trump also can exploit angles that do involve external powers if he tries to stay in the White House despite an election defeat. Those angles are not limited to direct interference by foreign governments in the US election campaign, which aided him in 2016 and threatens to be a factor again in 2020.

Another possible foreign angle is the outbreak of an attention-grabbing international crisis, especially involving open warfare, that drags in the United States. This has long been the sort of external event that aids an incumbent with a rally-round-the-flag effect, even in the absence of any shenanigans corrupting the electoral process.

Trump also might point to a foreign crisis and especially war as one more reason — added to any balloting uncertainties back home — that he needs to stay as president.

No US president has tried to use that tactic to overturn an election defeat. But Franklin Roosevelt’s breaking in 1940 of the longstanding tradition of no third term was premised largely on the outbreak of World War II, which the United States would enter the following year, and Nazi Germany’s overrunning of most of Europe.

Unfortunately, some other foreign powers have leaders with incentives to foment just the sort of conflicts that would drag in the United States and serve Trump’s purposes.

One is Israeli Prime Minister Benjamin Netanyahu, whose political troubles regarding corruption charges have recently been compounded by public anger over a surge of COVID-19 infections in Israel. Netanyahu has as much motivation as he ever has had to escalate on his favorite attention-diverting front, which is Iran. The recent wave of sabotage inside Iran may reflect that motivation.

Iran is the front that probably is most capable of dragging the United States into open warfare in the near future. And Netanyahu, of course, would love to see an extension of the presidency of Trump, who has given Netanyahu’s government almost unlimited political cover to do whatever it wants in militarily conquered and occupied territory.

Saudi crown prince and de facto ruler Mohammed bin Salman, or MbS, has similar motives, and a similar ability to stoke trouble with Iran that could ensnare the United States.

MbS already has shown his reckless streak, and he may do more reckless things in the face of setbacks in the Yemen war, internal challenges related to low oil prices, and his drive to achieve unrivaled personal power within the kingdom. MbS, like Netanyahu, owes Trump favors for soft-peddling even an outrage such as the killing of Jamal Khashoggi.

Russian President Vladimir Putin has domestic political problems of his own that may lead him to seek major distractions. As for how he currently sees US politics, he still has the motivation he did four years ago to discredit the American democracy. With three and a half years of Trump’s presidency to observe, Putin also has even more reason than he did four years ago to count on that presidency to weaken and discredit the United States overseas — which he presumably would see redounding to the relative benefit of Russia.

Whether Putin acts on these observations, by stirring up some new confrontation, in a place such as Afghanistan or Syria, may depend on whether he sees such a confrontation as working to Trump’s domestic political benefit.

Again, Americans who cherish their democracy need to worry most about purely domestic things such as mail-in ballots. But they should not overlook the ways in which foreign action might exacerbate a crisis of democracy.