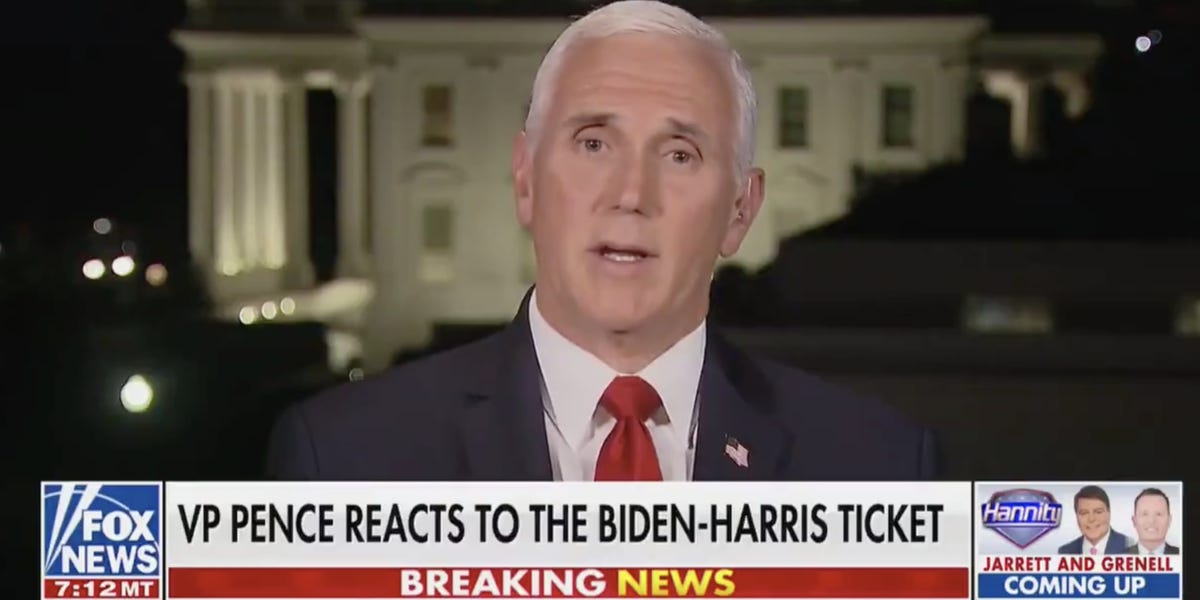 During a Fox News interview on Thursday night, Vice President Mike Pence claimed the Trump administration created more jobs over the past three months than President Barack Obama did in his two terms in office.

The startling claim set off a swift backlash on Twitter.

Pence told Fox News’s Sean Hannity that Trump had led the country through “the worst pandemic in 100 years,” adding “we’ve already created more jobs in the last three months than Joe Biden and Barack Obama did in their eight years in office.”

However, experts were quick to note that Pence left out April, a month when the US economy shed a record 21.5 million jobs due to the coronavirus outbreak. The economy has only recovered around 9 million of those jobs so far — or just under half.

That figure still lags on the job gains made under Obama. The economy added a net total of 11.6 million jobs over his two terms in office, according to the Bureau of Labor Statistics.

Other experts pointed out the Trump administration’s cherrypicking of the economic data.

Read more: RBC lays out 6 trades to make now ahead of a possible Democratic sweep in the elections — and says waiting until November is the wrong move

In the latest July jobs report released last week, the US regained 1.8 million jobs, and the unemployment rate stood at 10.1%, higher than at any point during the Great Recession over a decade ago. Pence included additional gains from June and May in his claim. Here is the jobs data going back to April:

Trump has long pushed to reopen the economy since the nadir of the nationwide lockdown in April, arguing measures to contain the virus were more harmful than the virus itself.

Experts say the loosened restrictions and disastrous federal response set the stage for another surge of infections last month that led to more deaths and set back the economic recovery even further.

Presidents usually wield limited influence over the economy. But voters’ perception of its health plays a large role in who they cast their ballot for every four years.

Read more: Wells Fargo lays out a plausible scenario where the Fed becomes insolvent — and breaks down the catastrophic effect that would have on the bank’s ability to handle future crises