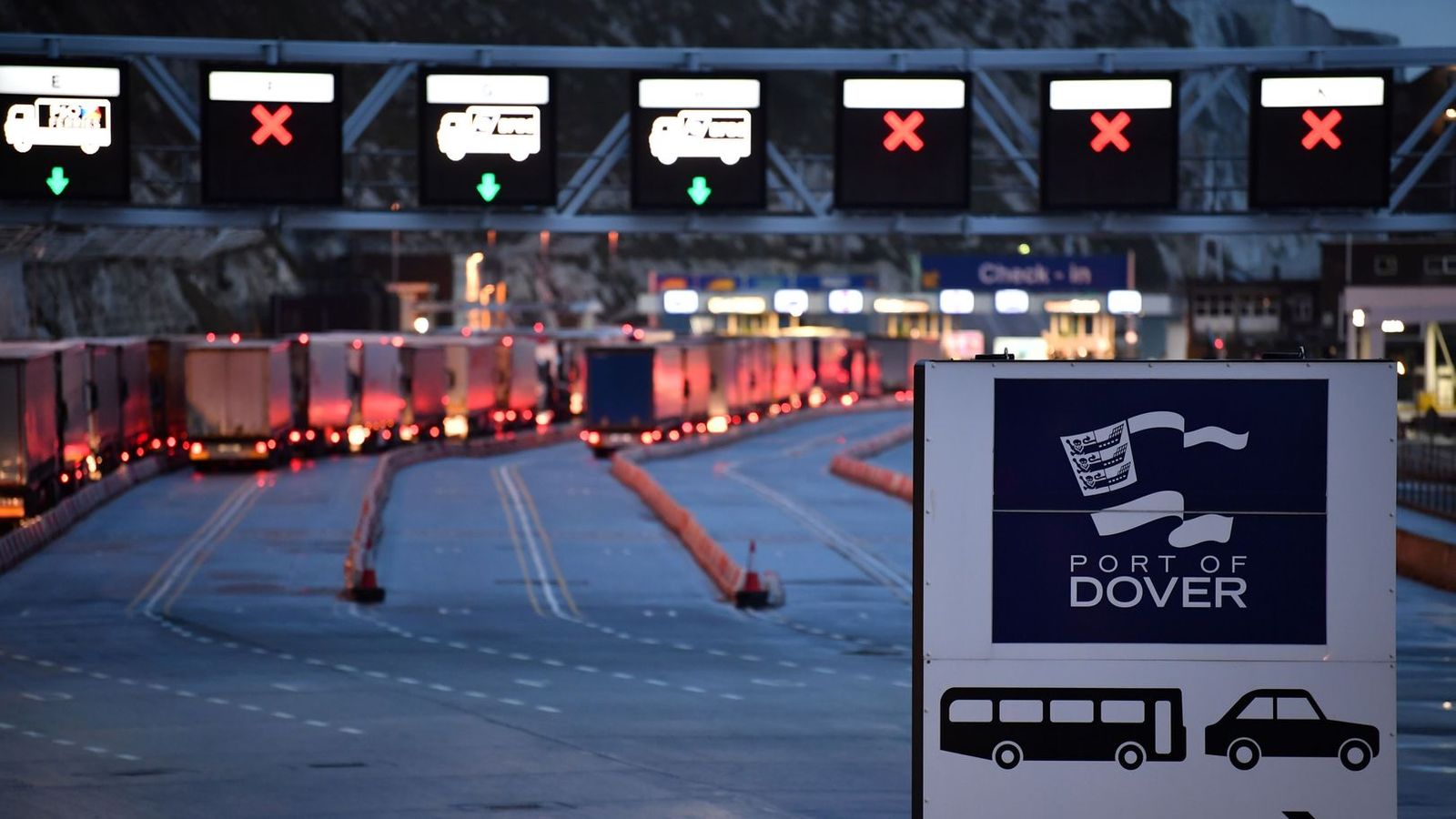 Requiring lorry drivers to get a permit to enter Kent from neighbouring counties after the end of the Brexit transition period has been branded “pointless” by an industry body.

The Road Haulage Association has said the measure, which is designed to avoid gridlock in the county post-Brexit, is nothing more than a “tick box exercise”.

It comes after Cabinet Office minister Michael Gove told MPs that obtaining a Kent Access Permit (KAP) will be a “relatively simple process”.

He said that the permits could help avoid queues of up to 7,000 trucks trying to get across the English Channel once the transition ends in December.

This is a reference to a leaked “reasonable worst-case scenario” from the government that emerged earlier this week.

The UK will stop following the rules of the EU’s single market and customs union after the transition, moving instead to new customs rules.

Part of this is set to be KAPs – which would be required for hauliers driving to the Port of Dover or Eurotunnel in Folkestone.

The permits would be issued to drivers who have been given a green or amber result from the online Smart Freight system and be valid for 24 hours to cover a single trip.

The system is being developed by ministers to try and make sure goods are ready to cross the border before journeys begin.

Drivers who are found travelling to Dover or Folkestone without a KAP face being given a £300 fine by the police or the Vehicle Standards Agency.

The system could be enforced by police or through cameras monitoring the number plates of vehicles entering the county.

But RHA policy director Duncan Buchanan said he took part in a recent test of the system which indicated that KAPs will be issued to all drivers who claim their paperwork is in order.

“It’s not an effective system to actually guarantee or ensure that someone is ready to cross the border.

“It doesn’t do that. It is just a logging system for someone to say ‘I am going to the port and I promise I’m ready’.

“It doesn’t really do much more than that.”

Mr Buchanan added: “It’s not asking for reference numbers or anything like that. It is super basic. Thankfully the bureaucracy involved is negligible, but the function is also negligible.

“The entire system is pointless and probably counterproductive.”

A government spokesperson said: “We are prioritising the smooth movement of outbound HGVs over 7.5 tonnes through Kent to prevent unnecessary queues at the border.

“HGV drivers, or those acting on their behalf, will be able to follow a simple process to get a ‘Kent Access Permit’ using the newly developed Smart Freight webservice.

“We have been engaging with industry on this for some time and we will set out more detail on this shortly.”