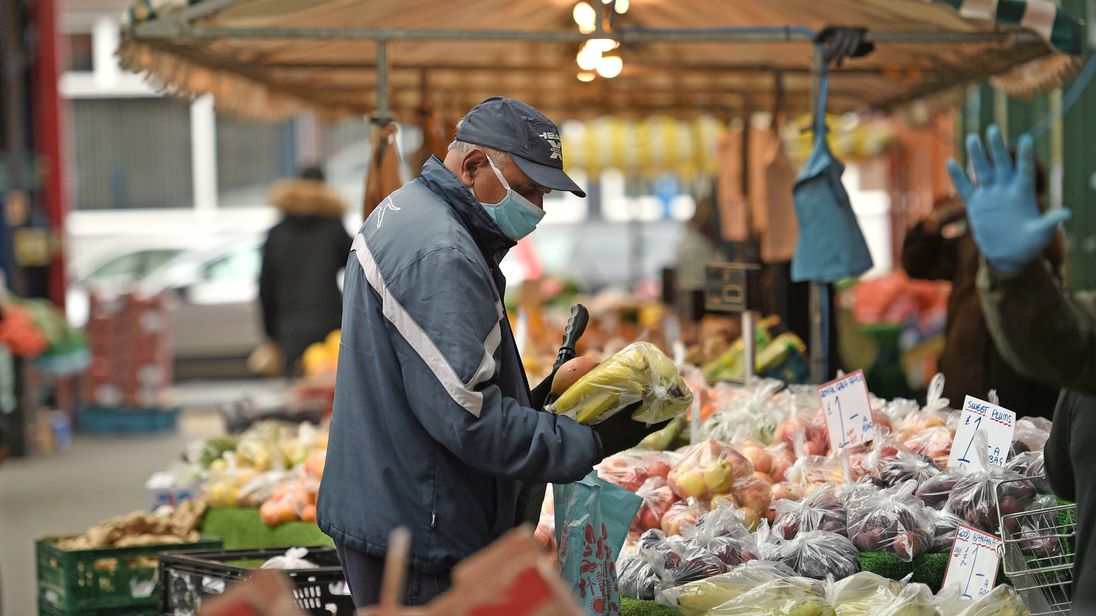 Coronavirus infection rates continued to drop despite some lockdown restrictions being lifted, a report from the UK’s largest testing study has found.

The rate of infection throughout the country was halving every eight to nine days during May, according to an initial report released last month by Imperial College London and Ipsos MORI.

A second report has now revealed the rate of infection continued to fall in late June and early July, with the virus still halving every eight to nine days.

It eventually dropped to just under eight positive cases per 10,000 people.

This was despite the easing of some lockdown restrictions, which allowed non-essential shops to reopen and people to have more interaction with other households.

The research involved 150,000 volunteers across England being tested for COVID-19 between 19 June and 8 July to identify how the coronavirus was spreading across the country.

Black, Asian and other ethnic minority people were more likely to test positive than those of white ethnicity, but age did not make a significant difference.

Health Secretary Matt Hancock said the research shows the effectiveness of measures to keep the rate of infection low despite some lockdown easing.

“However, we must not be complacent,” he said. “I urge everyone to get a test if you have symptoms, self-isolate and provide your contacts to NHS Test and Trace so we can continue to keep the virus at bay and get back to normal.”

In recent weeks, there has been evidence that infections are rising again in England.

Office for National Statistics (ONS) data suggests there has been an increase in the rate of new infections in England for the first time since May, while SAGE scientists have warned the R number could have risen above the crucial number of 1.

England’s chief medical officer Professor Chris Whitty has warned “we have probably reached near the limit or the limits of what we can do in terms of opening up society”.

The UK has one of the highest numbers of coronavirus deaths of any country in the world, with the death toll currently standing at over 46,000.

A further 65 deaths were reported on Wednesday, according to government figures.