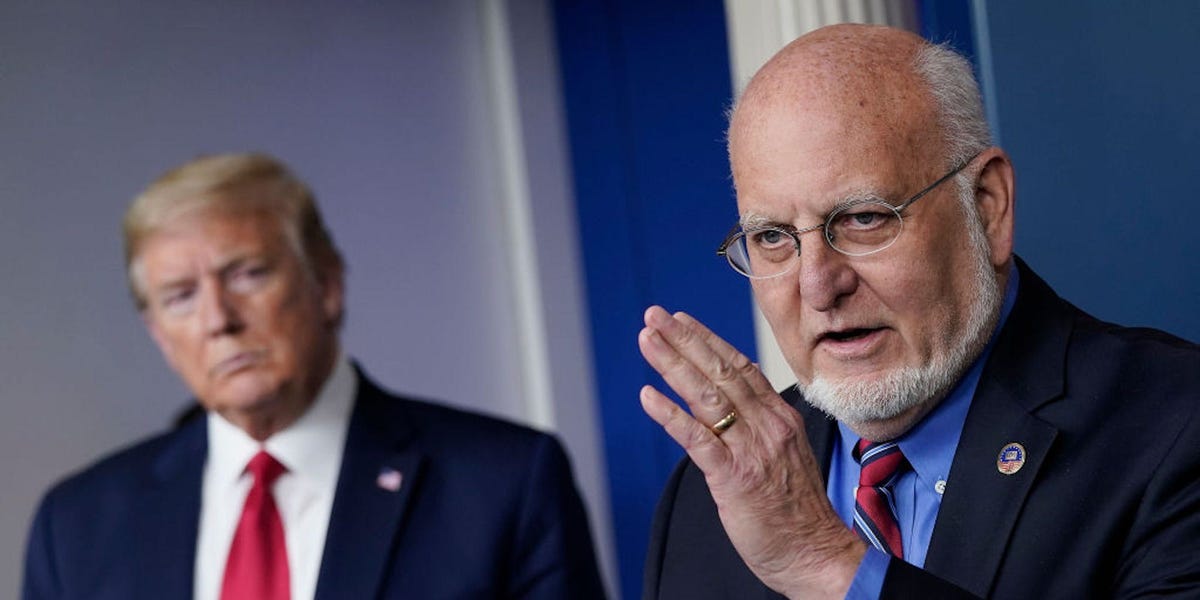 The Centers for Disease Control and Prevention advised state and local health authorities to make their own decisions about how to handle the coronavirus pandemic as cases began to multiply around the country in March, documents obtained by USA Today showed.

Officials attempting to contact the agency in some instances did not get a response, were hung up on, or were given advice that was not in line with scientific findings or the CDC’s own policies, USA Today reported.

In one instance, a CDC official told a Kentucky public health official that nursing homes should still allow visitors.

“Let people choose,” the officials wrote in an email sent in March.

Nursing homes have been among the institutions hardest hit by COVID-19, especially early in the pandemic. They have about 8% of the national caseload and 41% of total US COVID-19 deaths, despite accounting for only 1% of the population.

Additionally, USA Today reported that CDC representatives have even advised health departments to set guidelines based on other states or academic studies because they were aware “of their own leadership’s lagging response.”

The CDC has faced intense scrutiny as the pandemic rages on in the US and has been accusing of bowing to political pressured from President Donald Trump and his administration, who themselves have sought to downplay the virus.

Trump told veteran reporter Bob Woodward in February that he knew that COVID-19 was deadlier than “even your strenuous flus,” and admitted to downplaying the virus to avoid “panic.”

“I wanted to always play it down. I still like playing it down because I don’t want to create a panic,” Trump told Woodward on March 19.

USA Today reported that between January and April, the CDC downplayed the potential harm of COVID-19 in more than 24 news briefings, congressional hearings, and other public statements, and in some cases even undermined health officials who were calling for a more aggressive approach to limit the spread.

Drafts obtained by USA Today showed that in late March the agency edited a government science journal to remove a call for testing in senior assisted-living facilities.

“I would be careful promoting widespread testing,” the CDC editor noted in the draft.

More recently, the CDC narrowed its testing recommendations to exclude asymptomatic people, in response to pressure from top officials in the Trump administration.

The virus has infected more than 6.6 million people in the US so far and has killed nearly 200,000.

The CDC did not reply to Business Insiders’ request for comment at the time of publication.

There is an ugly history of forced sterilization in the US