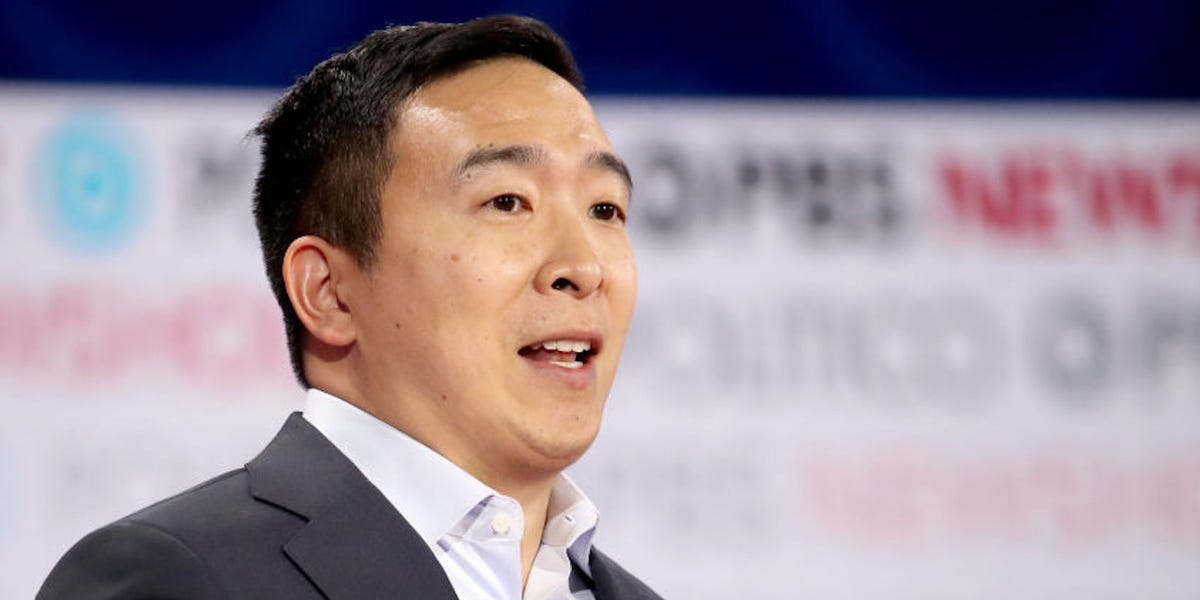 The coronavirus pandemic has forced some Americans to adjust to a lifestyle within the confines of their own homes.

As many employees (outside those deemed essential) work remotely, companies attempt to adapt their offices with safety precautions in mind — if they even have the intention of reopening them at all.

Former Democratic presidential candidate and entrepreneur Andrew Yang first floated the idea of implementing a four-day workweek in May to better accommodate working Americans in this time of uncertainty, citing the time and mental health benefits that employees can reap from a shorter workweek.

There’s not one overarching definition for a four-day workweek. The Washington Post noted: “There are different models for the shortened week, some of which envision the same output condensed into fewer hours while others simply imagine longer hours spread over fewer days.” Some see the benefit of a three-day weekend, while others mean a day is taken off mid-week.

As health experts project that life as we knew it may not return until next year, Yang told Business Insider in an interview that a four-day workweek could be imperative now more than ever.

“It would help get us off of this hamster wheel that we’re on right now, where we’re all sort of racing against the clock in service of this giant capital efficiency machine,” Yang said. “And the race is driving us all crazy.”

One poll found that many Americans seem to agree — according to a June survey by The Harris Poll, 82% of employed Americans prefer to have a shorter workweek, even if it meant longer workdays.

The policy has become so popular in Finland that Prime Minister Sanna Marin called for workforces across the country to introduce a shorter workweek, in which employees would only work six hours a day, four days a week. In New Zealand, Prime Minister Jacinda Ardern proposed the policy as part of an economic recovery effort from the coronavirus pandemic.

Andrew Barnes, CEO of Perpetual Guardian, introduced a four-day workweek to his company in New Zealand in 2018.

Barnes is also the co-founder of the nonprofit platform 4 Day Week Global and author of “The 4 Day Week.” He explained that “stress levels drop, creativity goes up, [and] team cohesion goes up” after implementing the policy.

“It’s also part of what is making it so hard for so many workers to find a place in our workforce because our entire culture is so efficiency-obsessed that we are replacing workers with machines and software and math,” Yang said of the US workforce. “So, to me, a four-day workweek is overdue. It would be immensely helpful to all of us.”

Microsoft experimented with a four-day workweek last year at one of their subsidiaries in Japan in an effort to better recognize work-life balance, and the tech giant saw labor productivity jump 40% as a result of closing its offices every Friday in August, compared to the previous year.

“All of the key drivers that make your business a more successful business will improve as a consequence of this strategy,” Barnes told Business Insider. “So actually, if you want to have a successful business, not doing this is actually the bigger issue.”

“The world has now said, ‘Actually, we have this great experiment called COVID-19,'” he added. “We’re questioning how the world will work and shape going forward. Your biggest risk now is not getting ahead, because to get ahead of the curve, you got to introduce something like this.”

Barnes, who is also an entrepreneur himself, explained that having a four-day workweek doesn’t necessarily equate a three-day weekend. Instead, he said it should function to accommodate the time constraints of individual employees, while working toward the goal of accomplishing the company’s tasks at hand.

Since the onset of the pandemic, entrepreneur Robert Yuen, co-founder of software firm Monogram, said the shorter workweek has become “even more valuable now than it has been ever before.”

Yuen has had a four-day workweek policy at the company since 2016. Aside from the productivity benefits of the policy, Yuen told Business Insider that working from home has blurred the line on work-life balance and that implementing a four-day workweek could go a ways to restoring that.

“So I think naturally most people are actually working more now than they have prior,” he said. “Having a really dedicated mental break to kind of relax and recharge is even more central today than it ever was.”

After having the policy for the last four years, Yuen said he “experimented and tried different ways of operating the 40-hour workweek,” eventually finding a system that works best for his company.

“The first approach was like taking Fridays off, which I think is the natural way of thinking, like, ‘Oh, we have a Friday off and have a long weekend every weekend,” he said. “Well, we learned really quickly that that was not super ideal for productivity, like a three-day weekend is just really a long time away from work, which made Monday feel a lot harder to get back into rhythm.”

“We finally landed on a really ideal situation … where we take Wednesdays off — get two days on Monday and Tuesday, Wednesday off, and then Thursday, Friday,” Yuen said, adding that the company also eventually shortened its week to a 32-hour workweek.

While it has worked well for his company, Yuen said he recognized that having such a policy is not a “one-shoe-fits-all scenario.”

As with the coronavirus pandemic, which brought into sharp relief the jobs can be done at home and those that cannot — healthcare, the service industry, the gig-economy, retail — the four-day workweek likely has industry limitations.

“I think [shortened workweek] absolutely has impacts if you’re in an industry that is hourly and you get paid per hour, and then all of a sudden, you’ve just lost eight hours of pay that you normally would get,” Yuen said. “I can see that those types of industries having a struggle implementing a four-day workweek. I think we have to go case-by-case, company-by-company, and industry-by-industry to determine if this type of work fits.”

Art Shectman, president and founder of Elephant Ventures, a software and data engineering company, began the trial period of a four-day workweek at the beginning of August.

In the few short weeks since trying out the shorter workweek in which Friday is the designated day off, Shectman said he found that working longer days to make up for the Friday hours has removed this “guilt and anxiety loop” from remote work, where he would have to take time out of the workday to tend to things at home, like taking care of his 9-year-old twin girls.

“There’s like this cycle of guilt of having to pencil time out and the anxiety that the day is happening without you while you’re punching the time out to take care of whatever you need to do,” he told Business Insider. “When you remove that anxiety loop and the guilt loop later in the day, you get to stay in that productivity zone the whole rest of the day.”

“And so, from a morale and mental-tax standpoint of accommodating just everything that normally happens with trying to work from home, it’s been fantastic,” he added.

Charlotte Lockhart, who co-founded “4 Day Week Global,” emphasized that “as employers, we need to remember that we borrow people from their lives.”

“What we learned was that different people want different types of time off, and therefore, we have to create a lifestyle that they can work productively, but still have appropriate time off, because our ability to work from home or some other place isn’t necessarily uniform,” she told Business Insider.

Yang recalled the models of British economist John Maynard Keynes, who, in 1930, predicted that technological change and the vast levels of wealth generated by this time would lead to a 15-hour workweek.

“He was correct about the level of wealth, but obviously incorrect on our work weeks, which have gotten longer, not shorter,” Yang said. “So it’s past time we head in the right direction and implement a four-day workweek, which would help us all.”