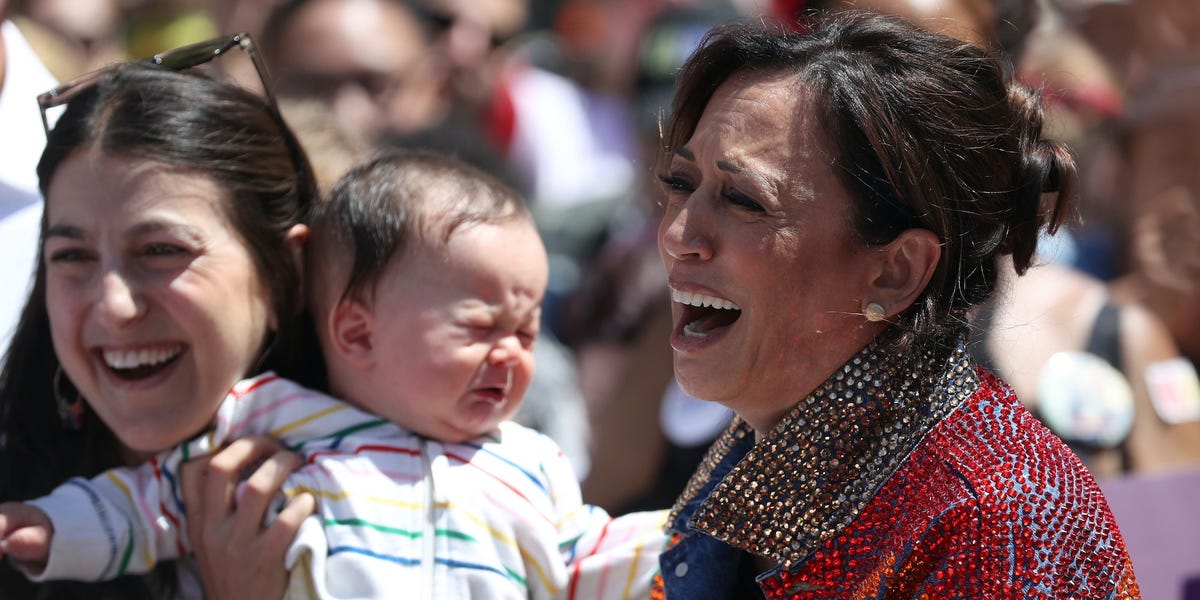 Don’t be shocked if the high school class of 2038 is crammed with Kamalas.

Kamala Harris, the newly-minted Democratic vice presidential candidate, appears poised to join the likes of other political luminaries and trailblazers who trigger notable if temporary baby name bumps immediately after their initial turns on the national stage, an Insider analysis of Social Security Administration data indicates.

Take “Hillary.” After years of declining popularity, the name’s rank among girl baby names spiked from 961 in 2007 to 722 in 2008 — the year then-Sen. Hillary Clinton unsuccessfully ran for president but declared she had put “18 million cracks” in the glass ceiling.

In 2009, when first daughter Malia Obama moved into the White House, “Malia” ranked 193rd among girl names. Never before, and never since, has it been so popular. “Sasha” — as in Sasha Obama — also in 2009 rivaled the peak of the name’s late-eighties trendiness.

But by 2018, “Donald” had fallen to the 526th most popular name — as unpopular a baby name as it’s ever been in the United States during either the 20th or 21st centuries, Social Security Administration records show.

“Barack” has never entered the top 1,000 during a given year, even when Barack Obama became president in 2009.

First lady Michelle Obama that year paused the precipitous slide of “Michelle,” which has increasingly fallen out of fashion. By 2018, “Michelle” hadn’t been so unpopular since the mid-1940s.

Naming children after newly inaugurated US presidents has been a common practice throughout modern US history.

The baby names “Woodrow,” “Calvin,” “Herbert,” “Franklin,” “Dwight,” and “Lyndon” all reached the pinnacle of their popularity during the year (or year after) a president with that first name took office.

“Jacqueline” — as in first lady Jacqueline Kennedy — hit its highest rank of No. 37 in 1961, the year her husband, John F. Kennedy became president, and again in 1964, the year after her husband was assassinated.

You’d almost never find a newborn named Kobe or Shaquille until Kobe Bryant and Shaquille O’Neal began playing professional basketball. “Shaquille” hit a high point of No. 181 in 1993 before fizzling by the late 1990s, although “Kobe” has remained a top 1,000 name every year since 1997.

“Scarlett” earned tepid popularity in the early 1940s thanks to the lead character of “Gone with the Wind,” but it only took off this century, perhaps thanks in part to actor Scarlett Johansson. By 2018, “Scarlett” ranked No. 20 among baby girl names.

“Kamala” has never cracked the top 1,000 for baby girl names in the United States during any year on record, according to Social Security Administration data.

But the California Democrat tapped by presumptive Democratic nominee Joe Biden as his running mate is now an election win away from becoming the first woman, first Black American and first South Asian American to occupy the vice presidency.

And only several hundred parents next year naming their children “Kamala” could be enough to make another kind of history.