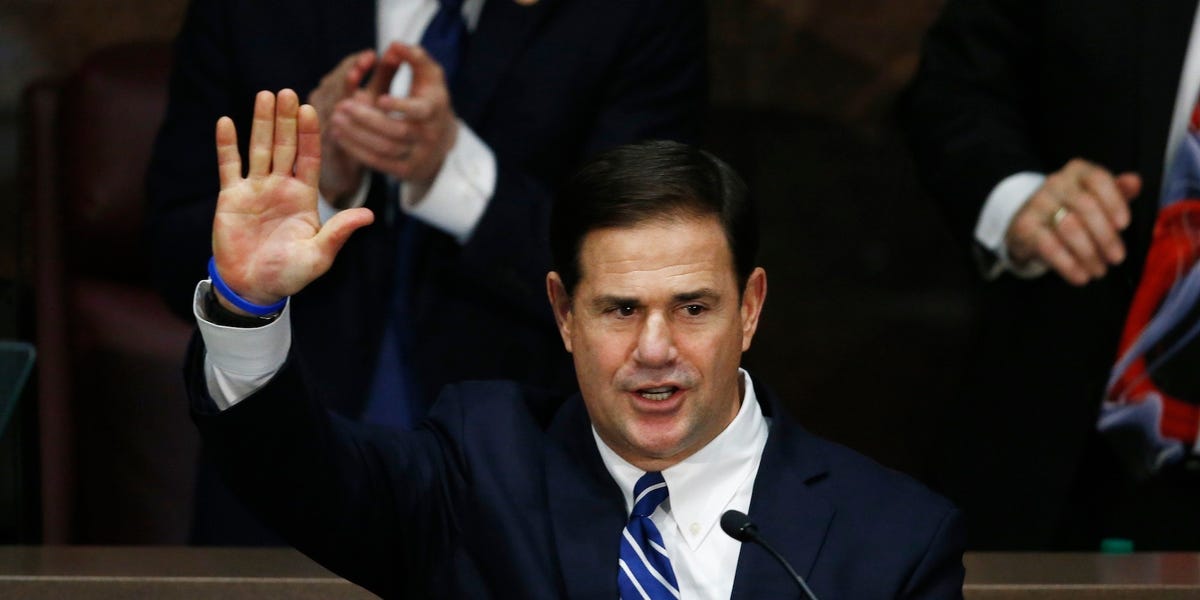 Tom Betlach, a former Arizona government official, was pulled out of retirement and paid close to $95,000 to run the Department of Economic Security and handle the influx of unemployment claims, AZCentral reported.

However, Betlach left his position after just 75 days and over 37,000 residents are waiting for their claims to be processed.

Betlach was brought in by Gov. Doug Ducey’s office and was the highest-paid government employee with a $200 an hour pay rate. He began in his role on March 20 and left on June 3.

“At the time of Tom’s hiring to lead the Department of Economic Security, Arizona was facing a never-before-seen economic and public health crisis,” Patrick Ptak, a spokesperson for Ducey’s office told Business Insider in a statement. “Starting in mid-March, weekly unemployment claims rose by the hundreds of thousands. This was an emergency of unprecedented proportions, and we needed an expert. He was, without a doubt, the right person for the job, and we remain incredibly grateful for his willingness to serve Arizonans.”

Betlach was replaced by Michael Wisehart, who is paid $215,000 a year, AZCentral reported.

Arizona was hit hard by the virus in June, and while it is seeing a decline in cases recently, the economic impact of the virus hit many residents. More than 189,000 Arizonians have been infected with the virus and over 4,300 have died as of Wednesday.

Doctors in the state told Business Insider in June that they were overworked as emergency rooms filled with coronavirus patients. The economic situation led Ducey to extend the eviction moratorium through October 31, last month. At that time as many as 5,000 renters in Maricopa County alone were at risk of eviction.

Patricia Campbell told AZCentral that she now lives in a women’s shelter in Phoenix after being evicted when she no longer could make payments for the space she rented with other women. Campbell received an initial unemployment payment but despite call the office every day at 7 a.m. to have her case resolve, she hadn’t received another payment 10 weeks after the first.

“That’s upsetting. It makes me angry,” Campbell told the outlet about Betlach’s salary.

Ptak told Business Insider that the unemployment office: “is working seven days a week to process claims, provide customer service support, and root out fraud. To handle the massive surge in claims, the Department has hired more than 900 new employees, and counting. They’ve partnered with the US Secret Service, law enforcement agencies, and large technology firms to better identify cases of fraud and fast-track payments on non-fraudulent claims.”

The former official retired in March 2019 but continued to be paid $122,736 a year, from the Arizona State Retirement System. He created his own consulting firm after retiring, AZCentral reported. Ducey commissioned Beltach through his consulting firm.

While in his interim role handling unemployment, Betlach collected almost $25,000 in pension payments