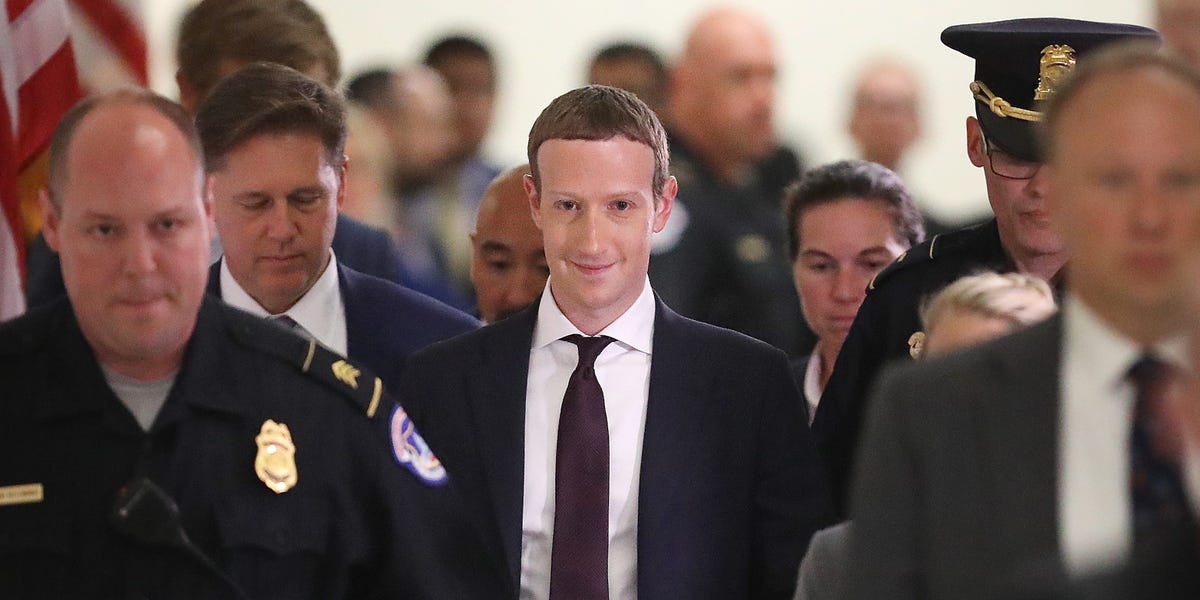 More than two years after Facebook CEO Mark Zuckerberg first floated the idea of an independent “Supreme Court” that could make the final call on difficult content moderation decisions, the company’s Oversight Board is finally nearing its launch date.

Julie Owono, a human and digital rights lawyer and inaugural board member, told Business Insider in an interview this week that the board hopes, “if things go well, to be able to take cases by mid- to late-October this year.”

The Oversight Board is an experiment in self-regulation with little precedent and the ambitious aim of resolving some of the many gray areas surrounding Facebook’s complex and ever-evolving policies surrounding what content people are allowed to post on its platforms — its so-called “Community Standards” (or Community Guidelines for Instagram).

These policies, like laws passed by some governments, try to strike a balance between goals that often come into conflict with one another, such as protecting free speech and expression while also keeping people safe and delivering reliable information about everything from COVID-19 to elections.

As Owono acknowledged, the board can’t possibly examine every disputed case, but plans to focus on those where there are “significant questions” about freedom of expression, international human rights, or where the content could “have huge impacts — human impact, moral impact, economic impact.”

Since the Cambridge Analytica scandal exploded in 2018, Facebook has confronted a stream of controversies around who it allows onto its platforms, what it allows them to post, and how it enforces these rules, from posts that fueled genocide in Myanmar to Russian bot armies to dangerous health-related misinformation that racked up 3.8 billion views in the last year alone.

Facing increased pressure from lawmakers, particularly in Europe and the US, Zuckerberg has gradually shifted his posture from saying it was a “crazy idea” that fake news on Facebook influenced the 2016 elections to explicitly asking for more regulation. But given the strong legal protections Facebook and other internet platforms enjoy under “Section 230,” a provision in a nearly 25-year-old law that has come under fire from both ends of the political spectrum — albeit for very different reasons — the company is also trying to head off any legislation it might not like.

That’s where Facebook’s Oversight Board comes in, according to experts in internet law and policy who have followed its development closely.

Independence is the whole point

Initial reactions to the idea of the Oversight Board was to question whether it would really be independent, or if Zuckerberg would ultimately hold veto power. Under the board’s charter and bylaws, its decisions on removing or restoring content are binding, and Facebook has gone to great lengths to allow the board to operate legally, financially, and organizationally free from the company’s influence.

That said, if Facebook really disagreed with a specific ruling and decided to ignore it, there’s not much the board could do, and a spokesperson for the board declined to comment on what might happen in that scenario.

“The Board’s decisions are only binding in a very narrow sense — that is, the individual piece of content (as in, the single post) in question,” Evelyn Douek, a lecturer in online speech at Harvard Law School, told Business Insider in an email. “Whether Facebook applies the rationale decision more broadly depends on whether Facebook deems it ‘technically and operationally feasible.'”

“First, I think the reputational hit would be considerable. Second, I think that Facebook is setting up the Board at least in part because it wants to outsource responsibility and blame for controversial decisions, and continually overruling it would undermine its ability to do so,” she said.

Daphne Keller, who leads the platform regulation program at Stanford University’s Cyber Policy Center, agreed. “When inevitably 50% of people are unhappy with a decision on a controversial topic, [Facebook] can say, ‘well, it wasn’t us, it was the Oversight Board,'” she said.

Keller added that the board isn’t meant to permanently resolve controversial issues, but rather communicate on Facebook’s behalf how challenging these decisions are.

“Nobody wants to hear Facebook saying ‘oh, this is hard’ and whining, but having a bunch of relatively independent, respected people say, ‘look, this is hard, there is no one right answer,’ maybe will be a useful educational shift for all of us and how we think about platforms and content moderation,” she said.

Facebook spent two years consulting with experts around the world in everything from internet policy to cybersecurity to anthropology to constitutional law, leading some to criticize it for waiting so long that the board won’t hear cases before the US elections in November, as they have with Facebook’s recently announced election study.

“It’s hard not to look at it, especially the way it has been crafted and slow-walked and sort of handcuffed in a sense, as something of a play to stave off harsher government regulation or oversight,” Jesse Lehrich, a cofounder of the group Accountable Tech who helped Hillary Clinton’s 2016 presidential campaign respond to Russia’s disinformation efforts, told Business Insider.

Keller said Facebook had good reason to wait, as launching the board ahead of the election would be like “riding a partially broken motorcycle that’s about to throw you off, and then you try to launch your hang glider at the same time.”

Still, with a 90-day window to review cases, and lots of questions remaining about how things will work in practice, the board will likely keep moving slowly. Board member and former Prime Minister of Denmark Helle Thorning-Schmidt told the BBC: “Give us two years to try to prove that it is better to have this board than not to have this board.”

But Owono, who was born in Cameroon and grew up mostly in Russia and France, is optimistic the board could help Facebook focus on areas of the world it has largely neglected.

“Historically, people like me were barely heard in those conversations,” she said, meaning “African women, especially, which are, I think, one of the most marginalized communities in the world.”

In early September, BuzzFeed News reported that a Facebook whistleblower who helped the platform detect election interference around the world said the company focused on “priority regions like the United States and Western Europe” that could cause bigger public-relations headaches while not devoting enough resources to problems in places like Honduras, Ukraine, Azerbaijan, India, Bolivia, Ecuador, and Brazil.

Garbage in, garbage out

In a 2012 interview with C-SPAN, the late Supreme Court Justice Antonin Scalia once said of his role: “It’s garbage in, garbage out. If it’s a foolish law, you are bound by oath to produce a foolish result, because it’s not your job to decide what is foolish and what isn’t. It’s the job of the people across the street.”

The people across the street, in this case, are Facebook’s top executives, who not only get to write the content policies in the first place, but like the executive branch in the US government, they get to enforce those laws on a day-to-day basis. The Oversight Board, like American courts, intervene only in select cases where someone argues Facebook got it wrong.

That, according to David Morar, a visiting scholar at George Washington University’s “Digital Trade and Data Governance Hub,” is the board’s biggest shortcoming.

“The creation of a ‘judiciary’ allows executives to shift the discussion into the final outcomes of content moderation, and completely ignore the process of content guideline creation; that is, the ‘legislative’ aspect,” Morar wrote in a blog post.

“The board lacks the power to make significant and lasting change where it matters most: in the actual content moderation guidelines,” he said.

Also, while the Oversight Board can make content policy recommendations to Facebook, those aren’t binding, and as Keller pointed out, “they’re not binding recommendations about staffing, about resource allocation and how hard you work or spend the money to be able to do a good job in a particular region.”

Other groups have leveled similar criticisms that the board won’t have sufficient power to address issues beyond individual cases.

“The concept of an Oversight Board is meaningless if Facebook’s internal procedures and policies are less-than-transparent and result in disparate impacts for racial, religious, and other minorities and marginalized communities all across the globe,” the media advocacy group Free Press said in a statement earlier this year.

“We are concerned that as a quasi-judicial body, the Board’s independence and power will be illusory. It may never have enough power to meaningfully constrain the actions of the company’s corporate leadership, bind the company to its decisions, or, we suspect, steer the company’s policies in a way that conflicts with the company’s profit motives,” it added.