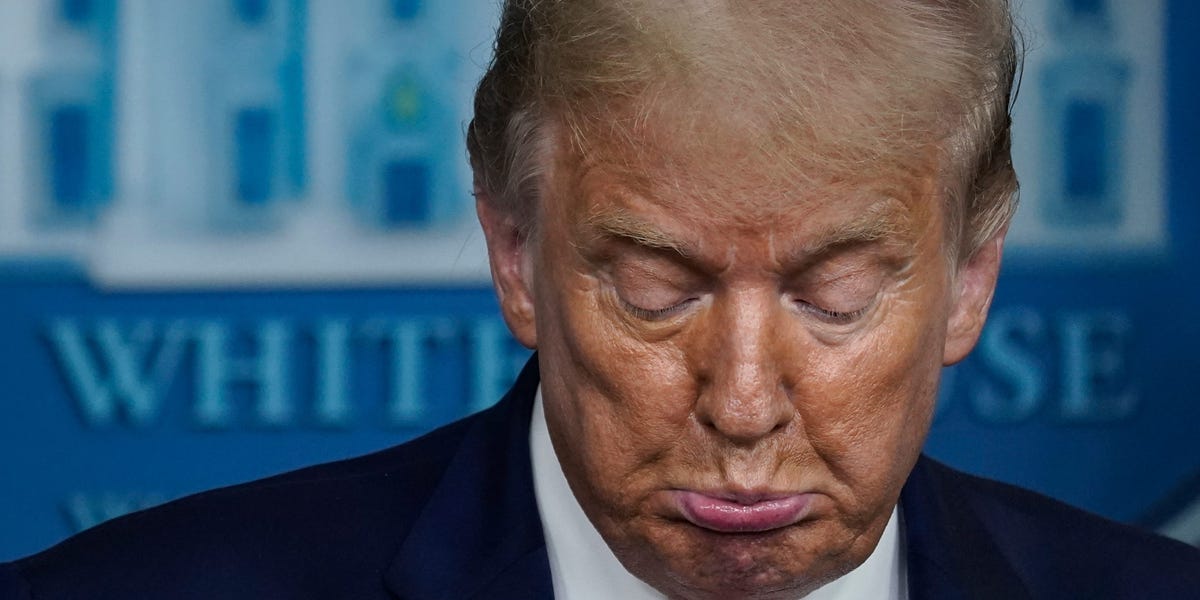 In the corner office of a nondescript office building in Northern Virginia, President Donald Trump’s new campaign manager, Bill Stepien, stares at a spreadsheet. What it tells him, in its Matrix-like way, is that he is presiding over the worst campaign finance fiasco in American political history.

President Donald Trump launched his reelection effort the same day he was sworn in, January 20, 2017. In the last three-plus years, the campaign has raised and spent nearly $1 billion. One. Billion. Dollars. And now, with six weeks to Election Day, Team Trump finds itself robbing Peter to pay Paul.

How did the reelection campaign of a sitting president end up in this position? Let’s run it down.

Anyone who has run a national campaign knows that the first thing you do every morning, and the last thing you do every night, is know your cash-on-hand position. What’s in the bank, what needs to be paid, what is expected to come in that day, week and month. Without this information, or at least a general sense of it, it is impossible to craft a coherent campaign strategy and its accompanying tactics.

Once something the size and scope of a presidential campaign starts, the cash register begins running and it never stops. All the overhead — the offices, the employees, the computers, the consultants — all of it has to be paid for.

Missing payroll on a campaign is tantamount to a death sentence as staff begins screaming to the rafters about paychecks and leaking like a sieve (something Team Trump contends with anyway).

In short, running low on cash is just about the biggest worry for any presidential campaign.

Spending (a lot of) money to make (not enough) money

On any given day, Trump’s committee sends a half-dozen email appeals and runs countless Facebook ads churning dollars through its account. However, Trump’s “cost of funds” — the term for how much it takes to raise a dollar, is about 60%. To put it another way, out of every dollar Trump raises, his campaign takes home about 40 cents.

This tells us two things: First, the campaign is having to spend more money and more time targeting more first-time donors to get dollars in the door. Secondly, with the massive amount of spending, someone within the campaign’s fundraising apparatus may as well be driving a Ferrari to a restaurant to dine out on lobster tails while sipping Dom Perignon.

Where did all that money go?

Forensic accountants could spend their entire careers trying to figure out how Donald Trump and his campaign spent $1 billion. It’s not much of a surprise that so much of the cash disappeared. Trump and his family business are known for both self-enrichment and wasting other people’s money. His campaign is incidental to the fundraising.

In addition to vanity ads, it has been widely reported that Parscale controls several limited liability corporations, or LLCs, into which massive amounts of money have been funneled. Given the (bipartisan) nature of how the Federal Election Commission tracks contributions and expenditures, nothing below a prime vendor is publicly reportable. Once it hit Brad’s bank account, the money could have gone anywhere and to anyone.

What does it mean now?

Regardless of the exact details of where the money ended up, the worsening cash state of the operation means one thing: Donald Trump’s campaign is imploding.

With less than 50 days to go, Donald Trump’s reelection campaign is lagging in its advertising compared to that of former Vice President Joe Biden and his allied groups. Biden — whose universe raised nearly $400 million in August alone — will be flush, and therefore have far more strategic flexibility than Donald Trump.

And Biden will be on television, everywhere, all the time. Trump’s campaign, however, will be hard-pressed to decide where to spend their comparatively meager resources. They will spend more for each commercial in each market as they place their buys later and later to conserve operating capital.

Indeed, on a daily basis, the press is reporting that the Trump Campaign is pulling their media buys in target states like Arizona and Ohio. They can’t afford them. And unlike most of the rest of the world, local television stations still require cash up front before running a campaign’s ads: they know better. Cash-poor campaigns are happy to stiff vendors (sounds like Trump, by the way) in order to keep moving forward.

It is no accident that Trump is traveling and doing rallies like Bob Dole in the last 24 hours of 1996. Given their cash position, the only way for the president to drive attention is to be on the stump, as often as he can be, saying things he knows will drive press coverage, regardless of how insane they sound (and are.)

The mystery of Donald Trump’s billion dollar debacle will not be solved anytime soon. There are too many hands out, too many mouths at the trough and too much downside for anything but the conspiracy of silence on Donald Trump’s campaign finances to win out. What is known, though, is that once again, the president has put himself, by necessity this time, in the middle of his own campaign. It will be his increasingly disturbing and erratic words and deeds that keep him top of mind for Americans. Chances are, that’s the last thing he needs.

Reed Galen is an independent political consultant and co-founder of The Lincoln Project.