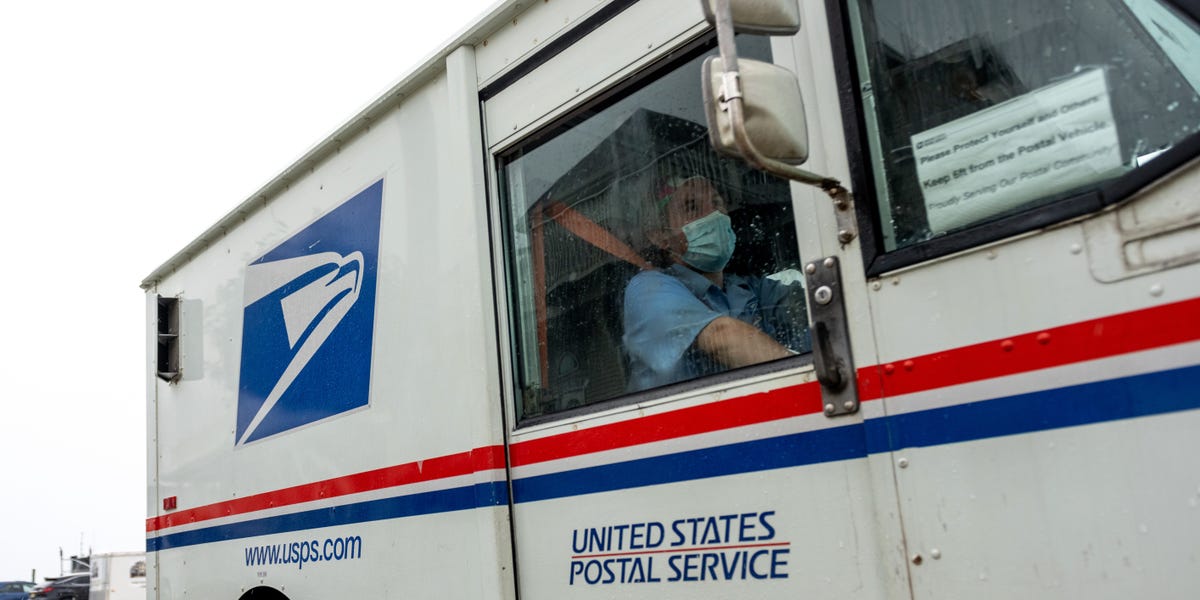 Recently released documents show that Amazon accounted for a good chunk of the money the USPS brought in just one year ago.

A slew of financial statements and emails obtained by American Oversight show that Amazon accounted for nearly $3.9 billion in revenue and $1.6 billion in profit for the postal service in the fiscal year of 2019, the Washington Post reported.

USPS delivered 1.54 billion packages for Amazon during the time period, or roughly 30% of the technology company’s total volume, according to the documents, which also show that deliveries and revenue increased in fiscal year 2019.

Amazon’s delivery network relies on the USPS for higher-cost deliveries, and the Post Office is required to delivery to every household in the US, even rural and hard-to-reach areas. But the government agency doesn’t receive a dime in tax money, and has been struggling financially amid the pandemic.

The specific financial numbers released by American Oversight come as US President Donald Trump has consistently fueled the notion that Amazon is bad business for the Post Office; however, the numbers paint a different picture.

“Amazon and other companies like it, they come and they drop all of their mail into a post office,” Trump said while appearing on “Fox & Friends” on August 17. “They drop packages into the post office by the thousands and then they say, ‘Here, you deliver them.’ We lose $3 and $4 a package on average. We lose massive amounts of money.”

Business Insider previously reported on the multidimensional relationship between Amazon and the USPS. Trump is correct in that the USPS does subsidize Amazon deliveries by charging the company below-market rates, although it’s not clear where he’s getting the $3 to $4 per-package loss numbers from (Citi analysts in 2017 estimated it was around $1.46 per package).

Simply put, in return for the lower rates, the USPS keeps a large customer, and staves off a possible future in which Amazon builds out its own delivery fleet, including drone deliveries for rual areas, to the extent it doesn’t need the USPS’s delivery network — or even begins competing with USPS to deliver some non-Amazon packages as well.

“For more than two decades, Amazon has partnered closely with the United States Postal Service to invent and deliver for our customers, which has resulted in significant revenue for the USPS and thousands of American jobs,” Rena Lunak, a company spokesperson for Amazon, said in a statement. “USPS continues to be a great partner in serving Amazon customers.”

Trump’s rhetoric regarding Amazon has heated up in 2020 with the presidential election on the horizon and his Democratic opponent, former US Vice President Joe Biden, maintaining a solid lead in the polls in battleground states such as Wisconsin and Nevada.

The President’s attacks on the online retailer aren’t anything new. In 2018, he said that Amazon had cost the USPS “billions” of dollars.

Trump, however, isn’t alone on skepticism of Amazon’s in-house delivery network that began being built out in earnest in 2013. A report in December by Morgan Stanley wrote that Amazon is “disproportionately servicing” the densest areas in the US in order to keep their costs low.

But as the newly released numbers reveal, the USPS isn’t in a position right now to increase its rates and risk losing Amazon. It’s hurting like many other businesses amid the pandemic, and it can’t afford to lose a customer that generated $1.6 billion in much-needed profit last year.