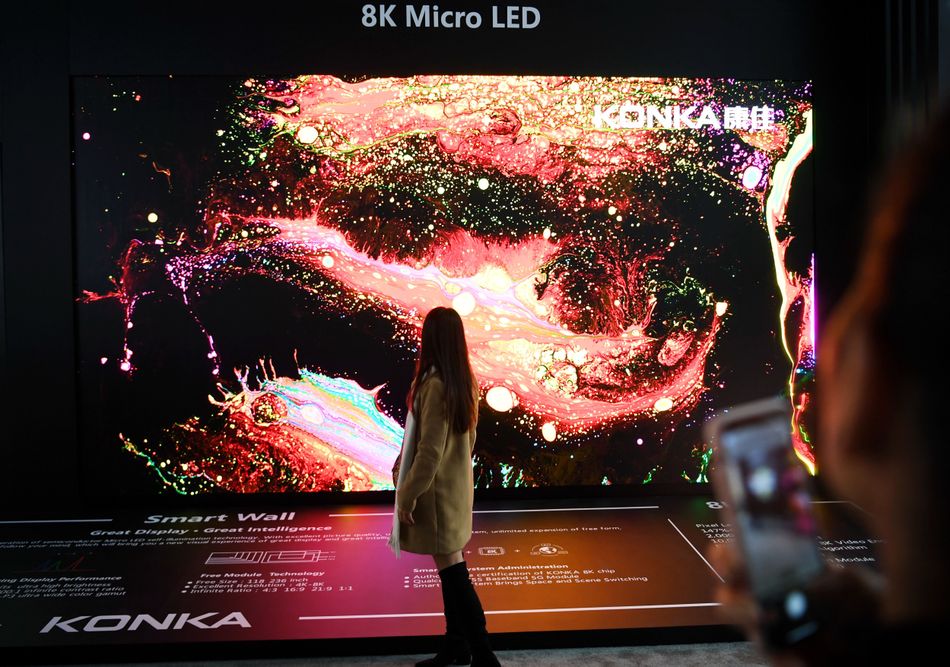 New Xbox and PlayStation consoles are almost here, which means you might need two things: To learn terms like “8K” and “120Hz,” and to eventually buy a new TV.

If you refresh enough retailer websites, you might be able to nab a pre-order for the PlayStation 5 and the Xbox Series S and X. Sony’s machine launches on Nov. 12, while Microsoft is getting a head start on Nov. 10. Both consoles bring more graphical horsepower than their predecessors, but that means you might also need to upgrade your TV to get the most out of them.

It can be a little confusing to figure out exactly what these consoles can do and what you might need to accommodate them. Allow us to explain.

Video games are fun, but nothing is more fun than screen resolutions. Actually, maybe a lot of other things are, but this is still important to know if you want a PS5 or Series X. There are four different screen resolutions that will come into play:

Got it? I hope so because things only get more nerdy from here.

Aside from supporting massive resolutions on TVs you can barely even buy right now, both new consoles claim that some games will be able to display at 120 frames per second (FPS). As the name suggests, that’s a count of how many frames a video or game can show us in a second. More frames means a smoother, arguably more lifelike image. It’s the reason scripted dramas and sports look different on your TV. Most console games run at somewhere between 30 and 60 FPS, so 120 FPS will be a fairly big leap, even if some people’s eyes won’t really see the difference.

The problem with a big jump in frame rate is that it needs to be accompanied by a jump in refresh rate. We have a detailed explainer here, but refresh rate is a measurement in Hz of how many times a screen can refresh itself in a second. If your TV’s refresh rate can’t match a video game’s frame rate, you’ll get bad visual glitches. As such, you’ll need a 120Hz-capable TV to fully take advantage of that aspect of both new consoles.

There’s just one more expensive, hard-to-find TV feature you need to know about if you want to make the most of your new gaming console: HDMI 2.1 support.

In order to play games at 4K resolution and 120 FPS, or at 8K resolution period, you’ll need a TV with an HDMI 2.1 port. Yes, there’s a new kind of HDMI port and cable you’ll need to use to get the highest-end visuals from both new machines. No, it isn’t required — a regular, old HDMI port can deliver up to 4K and 60 FPS, which will be more than good enough for plenty of people. You’ll still be able to use your old HDMI cables in a 2.1 port, but those can’t transmit data quickly enough to pump out gargantuan resolutions at screamingly high frame rates.

In summary, the ideal TV for both the PS5 and Xbox Series X should support:

Sounds easy enough, right? If you’ve got a few thousand bucks lying around, sure!

Truth be told, there just aren’t very many TVs on the market right now that can do all of those things at once. The PS5 and Xbox Series X may support 8K and 120 FPS gaming, but most games don’t even run in true 4K at 60 FPS yet. Widespread adoption of these new display methods will take some time.

But that’s not what you, the early adopter, want to hear. Money isn’t a problem for you. You’re willing to shell out for the best of the best, even if console games might not use any of it for a couple of years. Samsung’s Q800T series will be one of the most “affordable” options starting at a hair under $2,800 on Amazon. With 8K support and 120Hz, it should be a useful TV well into the future.

Sony is actually marketing its $5,999, 75-inch XBR Z8H series TV as “PlayStation 5 ready.” Similar to the Samsung option, the resolution maxes out at 8K and the refresh rate at 120Hz. It’s also really large and expensive. That said, it might as well be free compared to this 88-inch LG behemoth that retails for $30,000.

Yes, $30,000 for a TV. It’s got all the prerequisites we’ve been talking about and our friends at PCMag said it’s a very good gaming TV. If anyone has 30 grand lying around that they can use on a TV, hit me up because I’ve also got some debt you can take care of.

Real quick, let’s address the Xbox Series S. It’s $300, doesn’t have a disc drive, and will almost certainly be the better-selling version of the new Xbox console because that $200 discount makes a huge difference. It also has lesser specs, playing all of the same games as the more powerful Series X, but maxing out at 1440p resolution. It’ll upscale things for 4K TVs, but its output won’t look as good as what you’d get from Series X because the games won’t run that way natively.

In simpler terms, this is a version of the new Xbox that’s meant for people who are happy with the TVs they currently have. If you have a 1080p set and the Series S is what you want, you’ll be fine. There’s no need to upgrade to a 4K TV with this specific console.

For the PS5 and Series X, it’s probably prudent to get a 4K display as soon as you can. Those new consoles will work on older TVs, but you’ll miss out on the benefits of 4K and HDR. PCMag recommends Hisense’s 55H9G Quantum Series, which goes for $650. It “only” maxes out at 4K, but that 120Hz refresh rate could come in handy with these new consoles.

I have a 43-inch TCL 4-Series TV at home and it’s an excellent 4K set for the sub-$300 price point. You can bump the size up to 55 inches without crossing the $500 barrier, getting 4K resolution and a perfectly adequate (but maybe soon-to-be obsolete) 60Hz refresh rate. I play video games on it exclusively and have zero complaints.

Listen, it’s terrible timing for these new consoles to come out and make so many demands of our televisions (and wallets) during an economic downturn. The best move might be to wait for good deals on both consoles and TVs — whether that’s Black Friday or even a year from now. But if you have the means and the desire, you can spend way too much money now to ensure you get the best PS5 or Xbox Series X experience possible this fall.