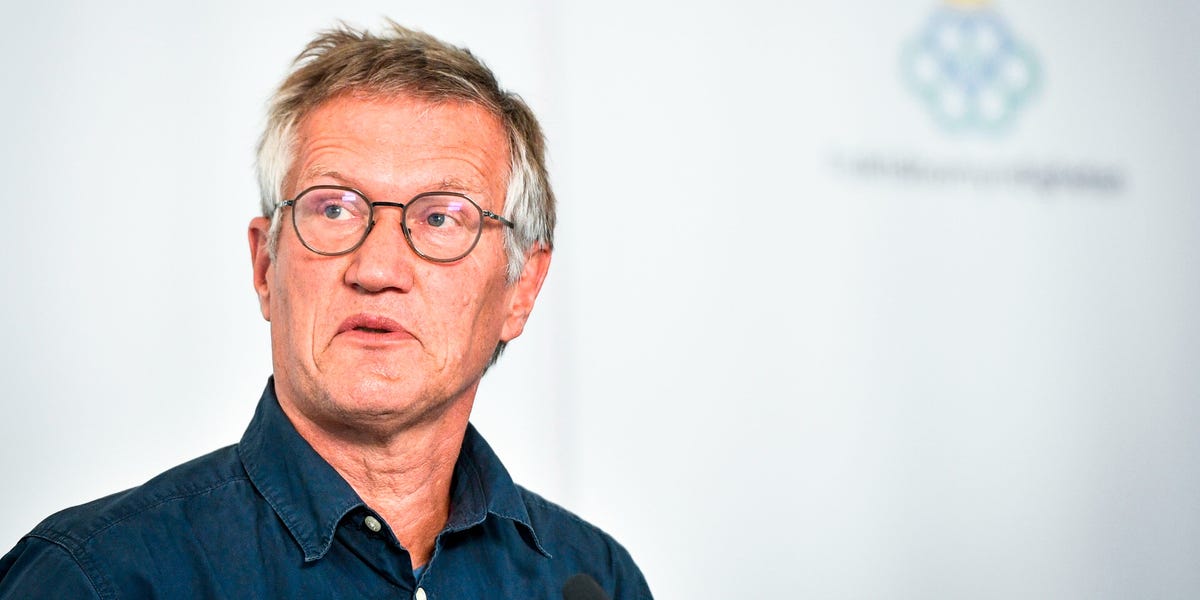 The architect of Sweden’s lockdown-free coronavirus strategy claimed that almost a third of the country’s population could now immune to COVID-19 — a theory not backed up by any hard evidence.

Anders Tegnell, the chief epidemiologist at Sweden’s Public Health Agency, told The Observer that immunity levels could have risen to above 30% in some parts of the country.

He said that the recent drop in Sweden’s cases could mean there is an immunity level in Sweden’s population of “20%, 30%, maybe even slightly more in some areas.”

Tegnell is widely credited as the architect of Sweden’s unusual response to the coronavirus pandemic, in which the country decided not to institute a widespread lockdown, and put in place relatively few restrictions.

His claim about immunity came while trying to explain the drop in Sweden’s cases over the past month.

Tegnell said that seasonal factors, like schools and offices closing for Sweden’s summer holidays, were not enough to explain the drop in cases on their own.

“Exactly why this happened at that time and why it was so quick and sudden, is difficult for us to understand,” he said.

“But we believe that the increasing number of immune people in the population must have something to do with it.”

Despite Tegnell’s theory, researchers have so far reached few solid conclusions on immunity to COVID-19, and how it may work.

People who caught the virus usually have antibodies, which can be measured by tests. But is is not clear whether having antibodies offers total — or even partial — immunity to COVID-19, and how long the effect may last.

Studies measuring antibodies in Sweden have not shown levels nearly as high as the 20% or 30% cited by Tegnell.

In June, data from its Public Health Agency showed antibodies in around 10% of people in Stockholm, which was the worst-affected region.

Tegnell said the reason that studies have not supported his thesis is because it is hard to get a good sample.

Tegnell had said in April that he expected 40% of people in Stockholm, Sweden’s capital, to be immune by the end of May.

A study in late May suggested that 6.1% of the population of Sweden had developed coronavirus antibodies.

Some virologists in Sweden reject the theory that cases are falling because of immunity.

More than 5,700 people have now died of the coronavirus in Sweden — a figure that’s far higher than in neighbouring countries, which have similar political systems and social customs.

We definitely have come down from a peak, but whether we will see an increase again later in the year, especially when workplaces and schools open up again, we don’t know.”

“It’s likely that we will see at least smaller outbreaks and possibly some kind of second wave or peak.”