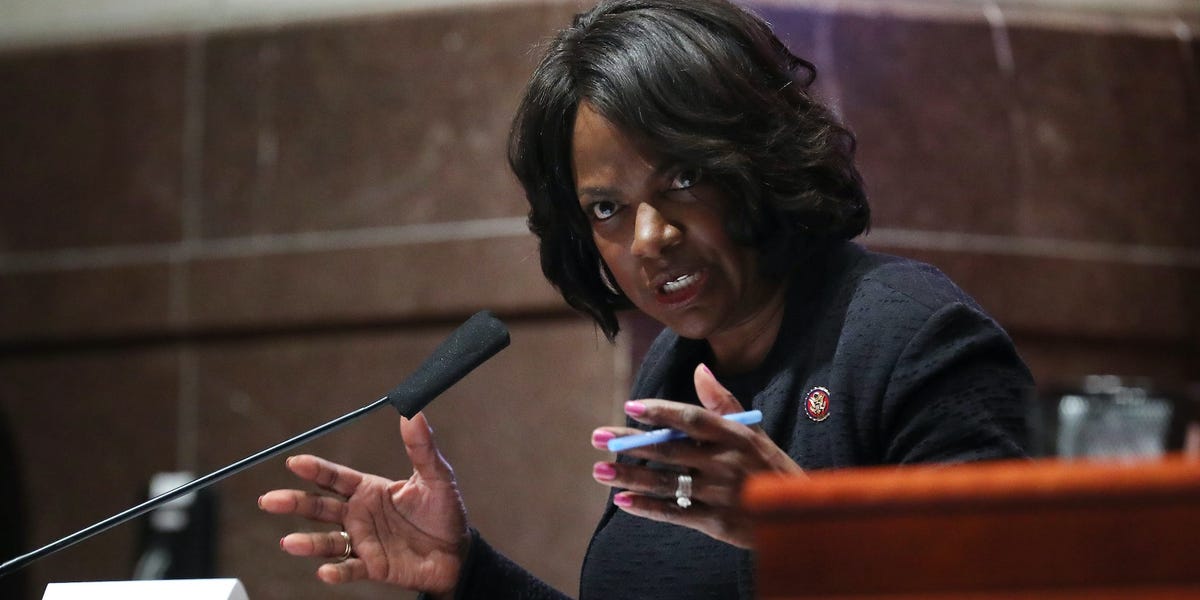 Val Demings was rising quickly in Florida politics. Then in 2014, she abruptly quit a mayoral race in Orange County.

It was a shocking decision that cleared the way for the incumbent Republican to win a second term.

Pundits speculated that Demings, who had served as Orlando’s first female and first Black police chief, had kneecapped her own political career just as it was about to take off.

Demings explained that it was “just not the right race at this time.”

Fast forward a year later to 2015 when Demings decided to run for Congress a second time after an earlier, narrow loss. She told the Orlando Sentinel that a health problem had actually been the reason she left the Orange County mayor’s campaign.

“I had to pull out of the race because I had a medical issue that I tried to control through medication to get me to the finish line,” she said. “It didn’t work. I ended up having to get out and going to the hospital to have a procedure done.”

Demings did not elaborate on the medical issue and does not appear to have publicly addressed it since. In a brief interview Tuesday in the US Capitol, Demings, now a two-term congresswoman and short lister to be Joe Biden’s 2020 running mate, declined to answer questions about the specifics of the ailment.

“I said all that I wanted to say on that at that time,” the 63-year old Democratic lawmaker told Insider. “I ended up having a procedure done, and I’m good to go.”

Whatever the details of the health episode, the issue could take on new significance as Biden closes in on a decision that’s expected to be announced as early as this weekend on who will join the White House ticket for November.

Biden, himself a not-so-spry 77, must contend with the issue of his age and health when making his choice. He has said that his running mate must be ready to assume the presidency immediately should the need occur, a tacit acknowledgement that he’d be the oldest man ever elected to the presidency. And Biden and his running mate would be seeking to oust Trump, who has faced questions about his mental acuity and physical health amid an unexplained trip to Walter Reed Hospital in November.

As Biden’s team vets at least five different women as running mates, any issue that could raise questions about his pick’s health or credibility could come under scrutiny. Aides to the presumptive Democratic nominee declined comment when asked about Demings’ medical issue on Tuesday.

“I don’t have any plans to die anytime soon!”

In the interview Tuesday, Demings said she’s been healthy since the procedure that knocked her out of that race to be mayor of Orange County, which includes Walt Disney World and the city of Orlando.

“I’ve run a marathon and a half marathon and I’m very actively involved since then so it’s all good,” she said. “I don’t have any plans to die anytime soon!”

Demings’ comments come as she embraces the prospect of becoming the country’s first black vice president, as well as its first female vice president.

“As a Black girl who grew up in the South as the daughter of a maid and a janitor, to have my name called for such an important position during such a critical time in an absolute honor,” Demings told Insider in an interview last week. “America is in trouble. I would like to be  a part of straightening this country out.”

As for the health matter, one longtime aide recalled Demings facing a personal or family issue during the 2014 mayoral race but otherwise could not remember more specifics. Ultimately, the aide said Demings decided the race wasn’t in the best interest of her family.

Three other people told Insider they were not aware Demings had any illness or medical issues around the time of her 2014 race. Her longtime friends in the tight-knit world of Orlando politics also described Demings as an energetic politician who rode Harley-Davidson motorcycles as a hobby with her husband, Jerry Demings, a fellow former Orlando police chief and currently the mayor of Orange County.

But the ex-aides also described a deeply private person who would not have shared such information outside her family or a very tight circle of friends.

Florida State Representative Carlos Smith, who was chair of the Orange County Democrats at the time of her campaign, recalled Demings disclosing a medical issue but did not provide further details.

Smith, a longtime supporter, said he was taken by surprise by Demings’ decision to drop out of the mayoral race. He said he had not seen polling at the time that showed her behind but acknowledged that “at the end of the day it was her decision to drop out. It was hard to argue against it.”

Though Demings later said that she’d dropped out of the mayor’s race due to a health matter, her campaign itself had other issues. Veterans of Deming’s truncated 2014 race also say that it was not the right fit for her and noted it was not unusual for candidates to drop out when the odds became too steep.

Demings started the race against the GOP incumbent Teresa Jacobs already behind in the polls, her 2014 campaign manager, Mitchell Norton told Insider.

“There was really no pathway to victory for her,” he said.

That spring, Norton and the campaign’s hired pollsters delivered a particularly grim set of data that showed her 15 points behind Jacobs. “In my personal opinion, it wasn’t surmountable,” Norton said of the gap.

The team discussed her options in a series of conversations that left Demings “bummed,” Norton said. “She came into the office the next day, sat down with me and the finance director, and said, ‘I think it’s time for us to make a change, there’s no pathway, I’d like to bow out’.”

In addition, Demings lagged behind in fundraising. She raised $240,000 during the race, but Jacobs had amassed a $640,000 war chest over the course of the year, The Orlando Sentinel reported.

The former police chief had not disclosed any medical issues to Norton, who described her as an energetic candidate eager to knock on doors and hold public events.

David Beattie, a former Florida pollster who advised Demings’ campaign, said, “She let us know that she was making a personal decision to get out, she didn’t get into the specifics with me at the time.”

A second consecutive loss after falling short of unseating Republican Rep. Daniel Webster in 2012 could have struck a blow to a career that Demings’ Florida allies say was destined for greater things.

“You’re always looking to promote and place someone like a Val Demings,” said Alan Clendenin, a member of the Florida Democratic Party and longtime friend of the Demings. “You’re looking for a perfect match for anything.”

That year, Demings co-chaired a postmortem committee with then-Sen. Bill Nelson to assess a series of disappointing Democratic losses throughout the Sunshine State in 2014. In 2015, Demings’ name got floated as a potential running mate for Democrat Charlie Crist’s gubernatorial run.

“I think at that time she thought maybe she could be of assistance,” said the longtime aide of the abbreviated mayoral run. “But I’m not sure her heart was in that race.”

Smith, the Florida state representative, said that Demings must have known greater things were in store.

“I think that Val knew that Congress and Washington was the place for her to make as deep an impact, as meaningful of an impact as possible,” he said. “She is exactly where she is supposed to be.”

In 2016, after a favorable round of redistricting, Demings was elected to represent Florida’s 10th district. She won a second term in 2018 and would go on to serve in January as one of the House’s impeachment managers in the Senate trial against Trump. The Biden VP chatter quickly followed.