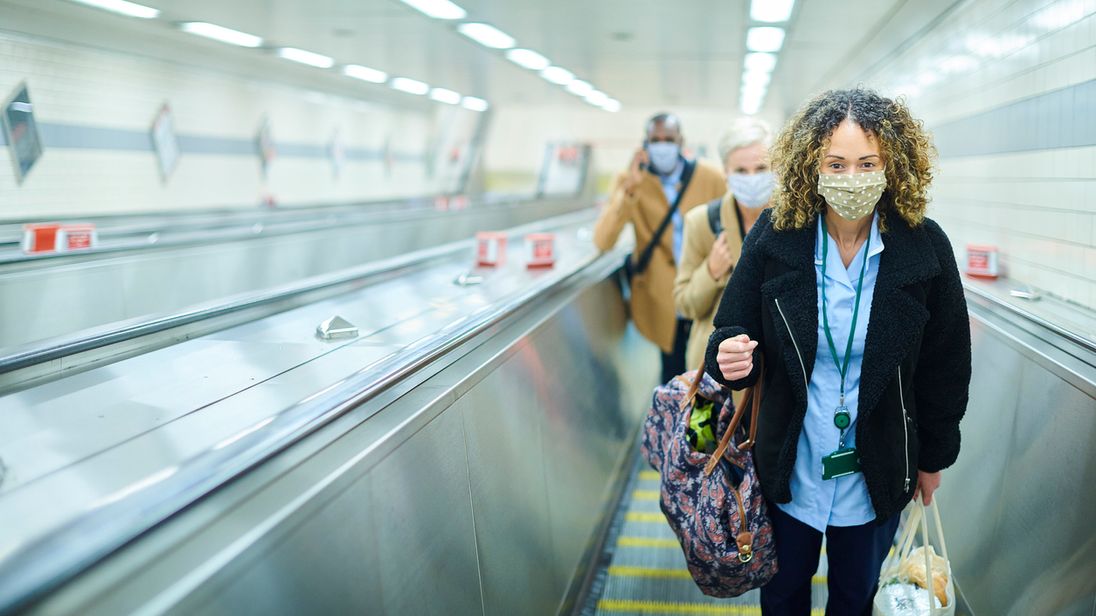 Fines given to the public for breaches of coronavirus rules are on the rise in England and Wales, new data shows.

In total, 20,223 fixed penalty notices (FPNs) were issued under ongoing lockdown restrictions between 27 March and 19 October, according to the latest figures from the National Police Chiefs’ Council (NPCC).

Meanwhile, police recorded crime was lower than in the same period in 2019.

A large number of FPNs were given to people not wearing face coverings.

A total of 258 fines were issued between 15 June and 19 October for breaches of face covering regulations – with 86 FPNs handed out for not wearing a face covering on public transport.

And 172 fines were given to people not wearing a face mask in a relevant place, such as a retail setting.

Since 22 September when figures were last reported, 1,103 FPNs were issued by forces in England under for gatherings of over 30 people, and for localised restrictions. In Wales, 44 FPNs were issued in the same period.

Data revealed that 399 FPNs were issued under the “rule of six” in England, which came into effect on 14 September, while 125 FPNs were handed out to those failing to self-isolate after arriving in England from a country on the UK government quarantine list up to 19 October.

Businesses were also penalised for not enforcing face covering regulations, with 47 fines issued in England.

The data also showed that assaults on emergency service workers continue to show a 27% increase on the same period last year.

National Police Chiefs’ Council Chair, Martin Hewitt said: “Coronavirus is something we have all had to rapidly adapt to, and officers have had to pick up new regulations in a record pace, and apply them across the population. The number of instances where enforcement action is necessary at all is a small fraction of the total engagement we have had with the public.”

He added: “I also remain extremely concerned at the rise in assaults against emergency service workers, who are working to save lives, help the public and serve their communities. We will not hesitate to prosecute anyone who uses violence against frontline staff.”

The NPCC report also found that reported rape has risen by 2%, and recorded domestic abuse incidents increased by 3%, while serious violent crime including grievous bodily harm, actual bodily harm and robbery reduced by 10% compared with a year ago.