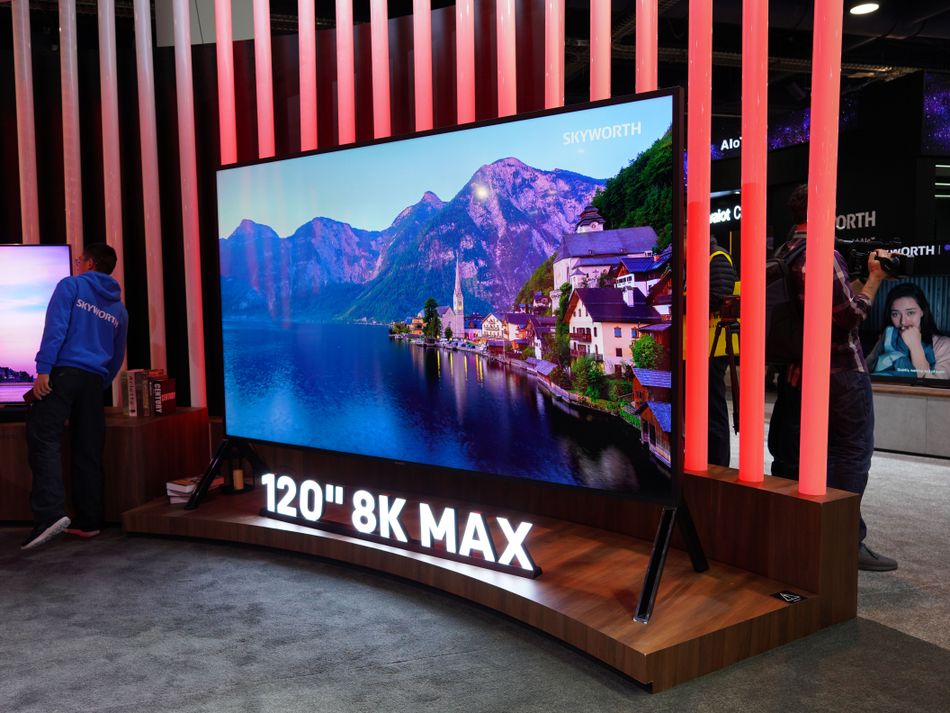 In a normal year, Apple shows off its new line of iPhones in September. 2020 has been anything but normal, so naturally we didn’t get that. However, new iPhones are coming and some of the rumored new features require some explanation.

We don’t fully know what to expect from the iPhone this year, but one of the most interesting rumors suggests Apple will launch four new models, all with OLED displays.

Wait, what kind of displays?

If you haven’t been keeping up with the latest advancements in display technology, OLED screens have been powering premium smartphones for a while now. Older iPhones, like the 11 Pro, used the technology to bring better image quality to users, but it’s looking like this will be the first year where every new iPhone utilizes it. That means it’s time to brush up on what they are and what that means for you.

What is an OLED display?

Even if you’re not a display expert, you’ve probably heard the term “LED” before. It stands for light-emitting diode, which is a very broad term that can describe anything from the lights that make your TV screen work to the little charging indicator that flashes when you plug in some devices. By extension, OLED is in the same technological family, but that extra letter makes a huge difference.

Organic light-emitting diodes serve roughly the same purpose as regular LEDs, but they function differently. A traditional LED might use something like silicon to emit light, but OLEDs use organic material to operate. According to OLED-Info, that manifests as a thin layer placed between two conductors.

There’s a lot of technical knowledge required to fully understand how this works and it gets even more confusing when you factor in AMOLED, or active matrix organic light-emitting diode. Tons of devices, from smartphones like the recent Samsung Galaxy Note 20 to TVs, use AMOLED technology and proudly advertise that.

Our friends at PCMag explain AMOLED as a method for displaying images on an OLED display. Every pixel has its own transistors and capacitor, as opposed to PMOLED, or passive matrix OLED, a different type that isn’t generally used for smartphone displays. In other words, the active variety allows for more precise pixel control than the passive version, which controls pixels by rows and columns and isn’t as widely used in consumer technology.

How is OLED different from what I have now?

OLED can be seen as a replacement for LCD, or liquid crystal displays. You might be reading this article on an LCD screen right now, given how ubiquitous the technology has been since its inception in the early 1960s. For reference, every iPhone before the iPhone X used LCD screens. Even the regular iPhone 11 last year used it, with the more expensive 11 Pro moving to OLED. For reference, the iPhone X and XS used OLED, too.

The most important functional difference between OLED and LCD that you need to know is the presence of a backlight. An OLED display uses that organic film we mentioned earlier to emit light when an electrical current runs through it. In other words, OLED can function all on its own without the need for a backlight. LCD has served humanity well for decades, but it needs a backlight to display anything.

That’s so cumbersome, right? A whole light behind the screen? Get outta here with that. We can do better.

Why is OLED good for phones?

The benefits of OLED displays getting rid of backlights really can’t be understated. Image quality, power efficiency, and even physical dimensions can be better on a smartphone if it uses OLED to power its screen.

Let’s start with the actual images that you look at on a phone screen first. If those don’t look good, then nothing else matters. One of the big advantages of OLED is that, generally speaking, it can achieve much better black levels than an LCD screen. For the uninitiated, black levels are exactly what they sound like: a measure of how black a screen can get. If the dark spots on a display can get truly dark, the rest of the image benefits with a higher range between black and white.

Think of it this way: If there’s a backlight turned on behind the screen at all times, the black spots can’t really achieve their true forms. Remove that from the equation and things can look a whole lot more like they’re supposed to look.

OLED displays are also thinner than LCD by nature. It’s a nice bonus, honestly. That little organic film that emits light really pulls its weight in this regard. If you take liquid crystals and backlights out of the equation, it frees up space. By the way, doing away with backlights also saves on power consumption. An OLED phone should have a better battery life than an LCD phone at the end of the day. How nice.

Why don’t more phones use OLED?

LCD was dominant for a long time because it cost less to manufacture than OLED. That may still be true, but the margins naturally get smaller over time when it comes to producing new technology. OLED screens are seemingly becoming more affordable to mass produce, so several big-name smartphones in the last year or two alone have started incorporating the technology.

Don’t believe us? Here are just a few examples:

If Apple does launch four new iPhones this year and all four of them have OLED screens, now you know what to expect.

They could be slimmer, carry a charge for longer, and display photos and videos with more color accuracy. Apple isn’t really in the business of making its flagships cheap, but even if you can’t dive into the iPhone 12 line this year, you’ll make the OLED leap eventually. That’s the way the wind is blowing.