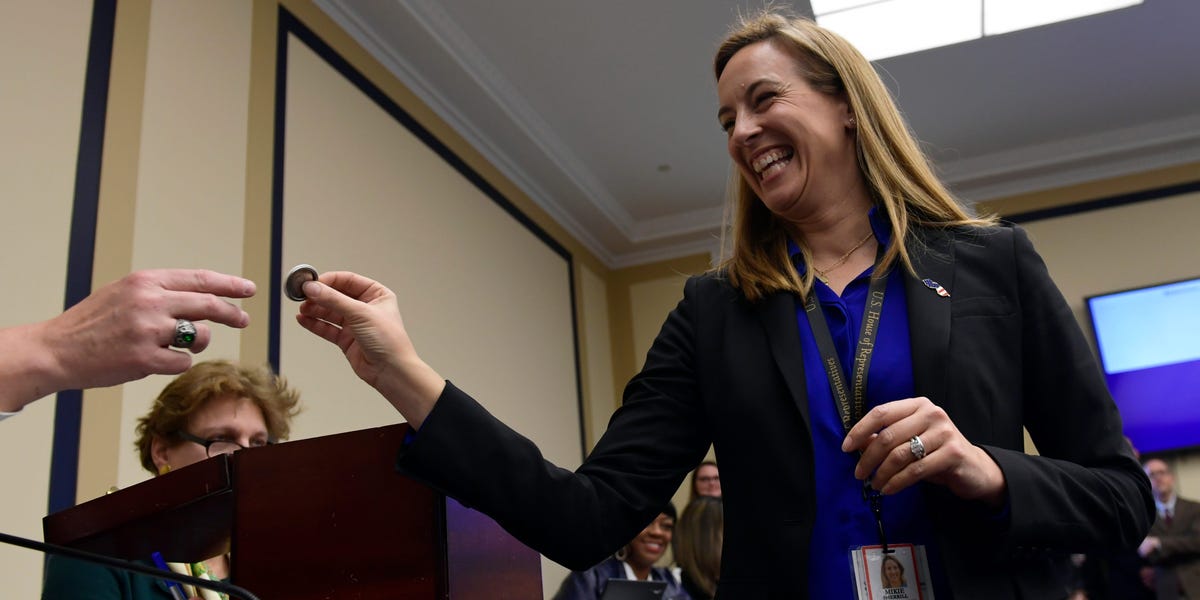 Sherrill, the incumbent, is a nine-year veteran of the U.S. Navy where she served as a helicopter pilot and rose to the rank of lieutenant commander. After obtaining her law degree post-military, she worked for a litigation firm before becoming an assistant U.S. attorney while working under U.S. Attorney Paul Fishman.

The 11th District was previously represented by Republican Rodney Freylinghusen for 24 years from 1995 to 2019. Freylinghusen, who served as the chairman of the powerful House Appropriations Committee in his last term, retired in 2018.  That year, Sherill defeated her Republican opponent Jay Webber by nearly fifteen percentage points. Before Sherrill was elected to office, the district had not been represented by a Democrat since Joseph Minish lost his fight for reelection in 1985. She is the first woman to represent the district in its 107-year history.

In Congress, Sherill serves on the Committees on Armed Services and the Committee on Science, Space, & Technology. She’s also a member of the Blue Dog Coalition and New Democratic Coalition, two caucuses comprised of moderate Democrats.

Becchi, Sherrill’s Republican challenger, is currently a tax policy attorney and consultant with experience working at the Internal Revenue Service and as a staffer on the Senate Finance Committee

She is centering her campaign platform around lowering taxes, strengthening border security, and reforming the healthcare system. She currently holds an endorsement from House Minority Leader Kevin McCarthy.

For the 2016 presidential election, the district narrowly voted for President Donald Trump over Hillary Clinton in a 49-48 percentage point split of the vote after voting for 2012 GOP nominee Mitt Romney by a margin of six points, according to Daily Kos Elections.

The district is one of thirty in the United States which voted for President Trump but is currently represented by a Democrat in the House.

The race between Sherrill and Becchi is rated as “safe Democratic” by Inside Elections, the Cook Political Report, and Sabato’s Crystal Ball at the University of Virginia Center for Politics.