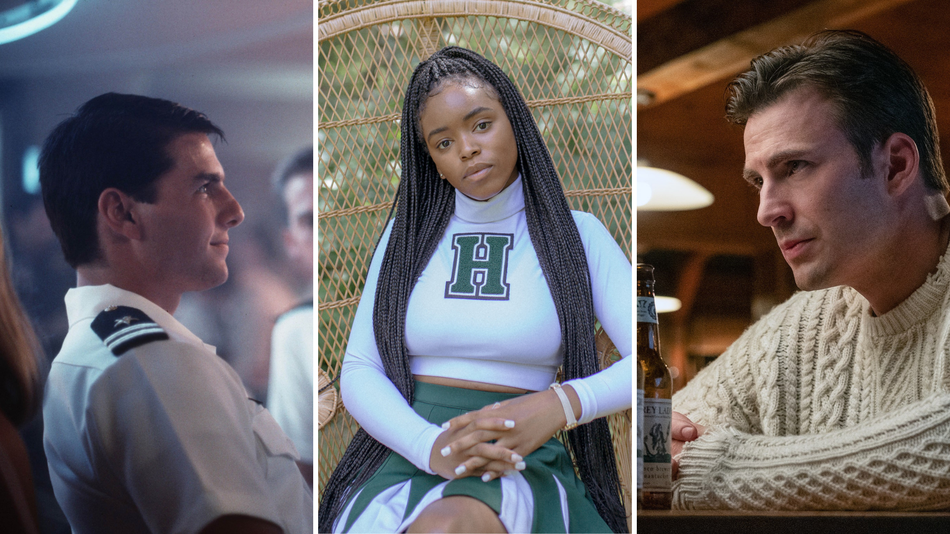 If you’re burning through your movie watchlist in 2020, you’re not alone. We’ve watched some killer sci-fi. We’re making our way through TV from the ’90s. We signed up for Peacock. We even tried Quibi. Yet still we crave more content!

Luckily for truly everyone involved, streaming libraries are constantly in flux. That can be sad when your favorite show or movie leaves a known platform, but feels like a personal victory every time you see something new you were dying to watch. We looked at one of streaming’s overlooked movie libraries on Amazon Prime Video to find the best movies added in the last six months. It’s an exciting mix of new releases, old favorites, and Amazon originals, and we can’t wait to devour it.

Christopher Nolan’s soft sci-fi stunner just turned 10 years old, and it’s safe to say we’ve never recovered from the movie’s ending (we won’t go into further detail lest you get spoiled or upset). It’s fair to assume that anyone interested in Inception has seen it by now, but there’s a new generation of moviegoers who haven’t watched Joseph Gordon-Levitt float through a hallway or head banged to Hans Zimmer’s “Mombasa” with a face full of popcorn. A decade later, Inception still makes a helluva Friday night movie when you’ve got time to kill.

Where to watch: Inception is now streaming on Amazon.

“THERE HAS BEEN A MURDAH.” With this twangy declaration from none other than James Bond himself, Daniel Craig, Knives Out kicks off 130 minutes of treacherous family comedy and backstabbing movie fun. Director Rian Johnson pulls delightful and unexpected performances from Craig and the rest of the cast, particularly one Christopher Evans having the absolute time of his life having transitioned from America’s Ass to America’s Asshole. Speaking of Chris, remember when a Mashable writer changed the world with one word?

Where to watch: Knives Out is now streaming on Amazon.

Don’t let the title fool you. Like all good Nancy Meyers rom-coms, The Holiday is a film that can and most definitely should be enjoyed year-round. Sure the movie takes place in December, but it’s so much more than a holiday flick. It features Cameron Diaz drunk dancing to “Mr. Brightside,” Kate Winslet dropping some single life realness, Jude Law playing one of the most charming characters ever created, and Jack Black doing what Jack Black does best — being an innocent goof! In addition to a stacked main cast, the late Eli Wallach gives a heartwarming performance, and John Krasinski appears for less than two minutes. How fun!

The Holiday also has a superb film score and will definitely get you jazzed for winter. Perfect companions for this film include a glass of wine, a cozy blanket, and a mom. — Nicole Gallucci, Culture Reporter & Chris Evans sweater whisperer

Where to watch: The Holiday is now streaming on Amazon.

One of the more minor but still valid injustices of our time is that the trainwreck known as Bohemian Rhapsody won an Oscar and 2019’s Rocketman from Dexter Fletcher does not. The musical biopic about Sir Elton John is equal parts humor, heartbreak, and genuine joy, with Kingsman‘s Taron Edgerton disappearing into the lead role alongside Jamie Bell, Richard Madden, and Bryce Dallas Howard. You can tell everybody…to watch this film, and sing along.

Where to watch: Rocketman is now streaming on Amazon.

5. How to Train Your Dragon

Dreamworks’ beloved buddy film launched a franchise and recently celebrated 10 years since its release. A young Viking boy, Hiccup (Jay Baruchel) befriends an upsettingly cute dragon, much to to the ire and astonishment of his tribe and father (Gerard Butler). You can pass on the franchise, but you can’t replace the original (or John Powell’s mesmerizing score).

Where to watch: How to Train Your Dragon is now streaming on Amazon.

6. Night of the Living Dead

Every season can be spooky season if you cultivate the right atmosphere and believe in yourself. Start with George A. Romero’s 1968 classic Night of the Living Dead. It’s a foundational text for zombie movies, it’s a historical milestone in genre filmmaking for starring the first Black lead in a horror film, and it’s a heck of a scary big time. Night of the Living Dead‘s shambling undead (fun fact: the word “zombie is never used in the film) are just as scary today as they were in the ’60s, which proves you don’t need CGI or 21st century tech to chill an audience to the bone. — Alexis Nedd, Senior Entertainment Reporter

Where to watch: Night of the Living Dead is now streaming on Amazon.

7. Selah and the Spades

Amazon has some stone-cold classics in its catalog, as you can see from the rest of this list, but don’t sleep on its collection of awesome originals, either. One of the most interesting new Amazon movies on Amazon is Selah and the Spades, a boarding school drama centered on the ruthless leader of its most popular clique. Its premise and tone might call to mind films like Mean Girls, School Daze, Dear White People, or even Brick — but first-time feature director Tayarisha Poe brings a cool style that’s all her own, and marks her as a filmmaker to watch.

(And once you’ve seen and absorbed the spiky beauty that is Selah and the Spades, consider checking out some other worthwhile Amazon originals, like Blow the Man Down, The Vast of Night, and Get Duked!) — Angie Han, Deputy Entertainment Editor

Where to watch: Selah and the Spades is now streaming on Amazon.

With the internet buzzing over the possibility of life on Venus and missions already being planned to investigate further, there is perhaps no better time to settle in with Close Encounters of the Third Kind. The Steven Spielberg-directed classic from 1977 charts out Earth’s first encounter with alien life. When Roy Neary (Richard Dreyfuss) encounters what he believes to be a UFO one night, it sets in motion a chain of events that leads to first contact.

Where to watch: Close Encounters of the Third Kind is now streaming on Amazon.

Mike Nichols and Elaine May’s 1996 comedy holds up surprisingly well for being born in an era of incessant if not overt homophobia. Robin Williams and Nathan Lane star as a Armand and Albert, a happy couple running a drag club called The Birdcage. When Armand’s son reveals that he’s straight and intends to marry a woman, the family bands together to present an illusion of heteronormativity for the fiancée’s parents (Gene Hackman and Dianne Wiest). It’s one of Williams’ less frenetic yet no less impressive roles, with Lane playing everything up superbly to balance out their dynamic.

Where to watch: The Birdcage is now streaming on Amazon.

If you’re going to watch a James Bond movie, a Bond movie starring Daniel Craig, and a Bond movie starring Daniel Craig that isn’t Skyfall, look no further than 2006’s Casino Royale, which rebooted 007 sleeker than ever for the 21st century (sorry, Die Another Day). It also gave us a Bond girl who was not merely a sex symbol but a bona fide love interest. Vesper (Eva Green) and Bond’s emotional arc is one of the things that makes Casino Royale worth returning to — although a menacing Mads Mikkelsen doesn’t hurt its case by any stretch.

Where to watch: Casino Royale is now streaming on Amazon.

It feels like 35 years since Tom Cruise announced the plan for a Top Gun sequel — but that’s actually how long it’s been since we got the original! Tony Scott’s 1986 classic introduced us to Maverick (Cruise), Iceman (Val Kilmer), and the whole crew, delivering unforgettable movie moments like “I feel the need…the need for speed” and the coolest low-budget Halloween costume you’ll never stop seeing at parties.

Where to watch: Top Gun is now streaming on Amazon.