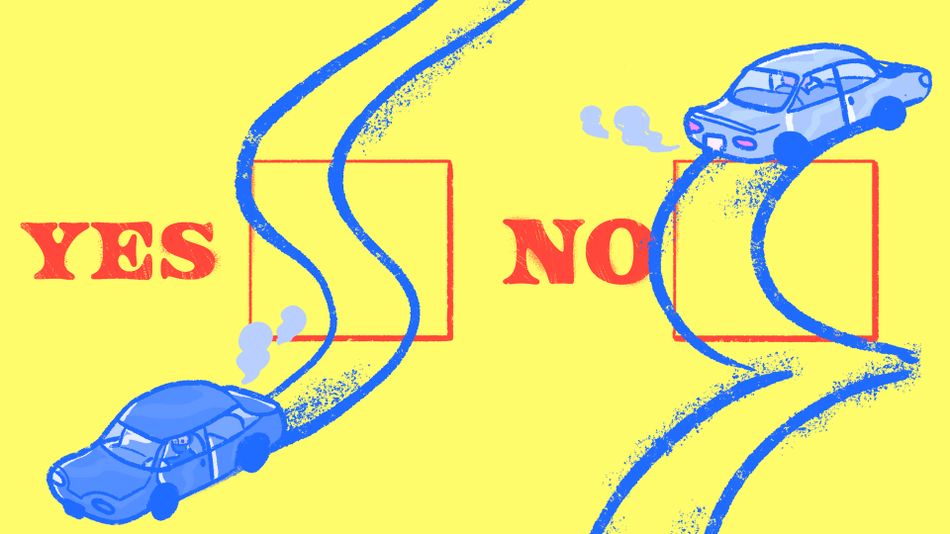 The future of the gig economy is on the ballot this November. But there are only two choices: one that changes how ride-sharing apps like Uber and Lyft operate and another that cedes control to the app makers over the drivers and workers.

That’s why Uber and other gig-based apps have raised $200 million to convince California voters to vote “yes” on Proposition 22, according to California campaign finance records. If passed, Prop. 22 would keep drivers and delivery workers as independent contractors, as they’ve been since the apps started. The companies’ huge push is even more cutthroat after a late October court ruling determined Uber and Lyft must treat California drivers as employees.

How we got here

Prop. 22 is the gig-based apps’ response to a new California worker classification law that went into effect in January 2020, Assembly Bill 5 (known as AB 5). For companies like Uber, Lyft, DoorDash, Instacart, Postmates, and others, the passage of AB 5 means drivers and couriers must be classified as employees. These companies currently consider their workers as independent contractors, who don’t qualify for health benefits, sick pay, or minimum wage.

The app-based companies’ refusal to accept AB 5 as law throughout 2020 has been messy. Back in May, the California attorney general sued Uber and Lyft for misclassifying its drivers after they refused to make the change. That suit led to a California Superior Court injunction in August where a judge said Uber and Lyft had to start obeying the law. Lyft and Uber responded by threatening to shut down all ride-hailing until the election. A last-minute stay on the injunction through the Court of Appeals meant that didn’t happen. It was a lot.

Then on Oct. 22 —less than two weeks before the election — the state appeals court upheld the court’s August ruling, meaning California-based Lyft and Uber drivers must be classified, paid, and treated as employees. The decision won’t go into effect until after the election, so Prop. 22 will determine the outcome of the state’s lawsuit. The proposition’s passage would supersede the appeals court decision to classify them as employees.

Throughout, Lyft and Uber have kept campaigning and financially backing Prop. 22 efforts. That’s because if Prop. 22 passes, companies like Uber would establish their own specific and somewhat convoluted benefits plan instead of offering a standard benefits package that’s common to other employers.

Prop. 22 proposes paying the difference between net earnings and an earnings floor based on a multiple of the minimum wage for drivers’ and delivery workers’ engaged time and mileage on the app; setting driving time limits; providing healthcare subsidies to qualifying drivers and couriers each month; and offering accident, disability, and death insurance. The companies (and their lobbyists) maintain control: Any changes to the legislation would require a 87 percent majority vote among California legislators.

The companies would also have to develop anti-discrimination and sexual harassment policies under Prop. 22, but drivers wouldn’t be able to organize independently. With AB 5 there’s a lot of movement toward establishing a driver and gig-worker union or including gig workers into other unions.

The ballot initiative only affects California, but as Diana Tsudik, partner and managing attorney for the Los Angeles law firm Gilson Daub who specializes in workers’ comp, said in a conversation about the provision, “California is a bell-weather state” and decisions here about gig work “will reverberate throughout the country and at the federal level.” Similar reclassifications are in discussion in New York, New Jersey, Massachusetts, and beyond.

Jackie Glassman, an automotive sector regulatory lawyer at King & Spalding and former chief counsel for the National Highway Traffic Safety Administration (NHTSA), noted Prop. 22 is one of the few initiatives on any ballot this November that could directly affect transportation options for the public. “Obviously the focus is on healthcare and [COVID-19],” she said. Anything related to cars, infrastructure, and public transit is “on the back-burner.”

Although Prop. 22 is more of a labor issue, its outcome could have an effect on how we get around and order food and products online. The costs and wait times we’re used to for rides and grocery orders might increase if it fails to pass or ride-hailing could become more like a traditional black car service.

Uber claims under AB 5 (which would be enforced as the law if Prop. 22 fails in November, in theory) rides would be more expensive for passengers and drivers would have fewer work opportunities.

Stride Health, a health insurance company for Uber and Lyft, said a September survey of 1,500 rideshare and delivery drivers found only 27 percent of respondents would keep working under an AB 5 work structure with pre-assigned shifts.

In a recent blog post Uber claimed 76 percent of its California drivers wouldn’t be able to work on the platform and 158,000 “work opportunities” in California would be eliminated if Prop 22 fails. Both Lyft and Uber already threatened to pull all its drivers out of California this summer and shut down ride-hailing service if forced to comply with AB 5.

An Uber economist shared data about how many drivers work full-time on the app throughout the state: In San Francisco and LA, 11 percent of drivers average more than 40 hours per week. The companies argue that the full-time benefits of AB 5 will end up helping only a small percentage of drivers.

But that’s where opposition to Prop. 22 disagrees. The “No” campaign is backed by a coalition of groups like Gig Workers Rising, Rideshare Drivers United, We Drive Progress, and Mobile Workers Alliance that believe all drivers working part-time, occasionally, or full-time will benefit from employee status. In 2020, the official no campaign has raised a fraction of its opposition’s war chest: Just over $18.5 million.

Even with less money spent, the no campaign has been active in its fight to uphold AB 5 and deliver the benefits drivers should receive. The groups have staged protests at Uber and Lyft HQs, led driver caravans up and down the state, and hosted Zoom calls defending worker rights. Big political players like U.S. Sen. Bernie Sanders and women’s rights attorney Gloria Allred have come out against Prop. 22.

This mailer in CA is a lie and I call on Uber and Lyft to publicly denounce the deception. I’m opposed to Prop 22 because people working full time deserve decent wages and good benefits. CALIFORNIA: If you oppose corporate greed, vote no on Prop 22.https://t.co/SQplhIjkOE

An op-ed from an Uber engineer made waves this month for calling out Uber and the other companies for taking advantage of the gig workforce. The worker said he would be voting against Prop. 22 because “Uber refuses to obey the law and is now seeking to get Prop 22 passed so they can write a new set of rules for themselves.” The New York Times editorial board last week made a similar argument against the initiative: “Rejecting Prop 22 is a chance finally to ensure gig workers the protections all workers deserve.”

Uber drivers supporting the “No” campaign sued Uber over those messages, as the Washington Post reported this week.

During one of Gig Workers Rising’s calls this summer, a Lyft and Uber driver in Southern California pledged to “fight for drivers’ rights.” The longtime driver said, “Drivers are people, too.”

Meanwhile, Uber, Lyft, Instacart, Postmates, and DoorDash have been pushing out studies and talking points about driver and delivery worker flexibility. Emails and notices on the Uber app to Uber riders have been relentless: “Why communities of color support Prop 22,” “Why drivers support Proposition 22,” “SF Chronicle endorses Prop 22,” “MADD endorses Prop 22,” “Ask your driver about Prop 22” are just some of the subject lines sent out in the past two months.

Uber CEO Dara Khosrowshahi has been busy speaking out and writing op-eds, like his August New York Times article where he called for a “third way” for gig workers: “Our current system is binary, meaning that each time a company provides additional benefits to independent workers, the less independent they become.”

Khosrowshahi has been deliberate and consistent in how he talks about Prop. 22 — whether on a New York magazine podcast or a Washington Post livestream — always emphasizing driver flexibility and independence.

With Prop. 22 on the ballot, the gig economy is at stake. Gig work either is transformed into a new worker classification model based on the state’s AB 5 legislation that turns Uber drivers into full-time employees or control is completely handed off to the companies themselves. Now it’s up to voters to determine what ride-hailing and food delivery will look like going forward.