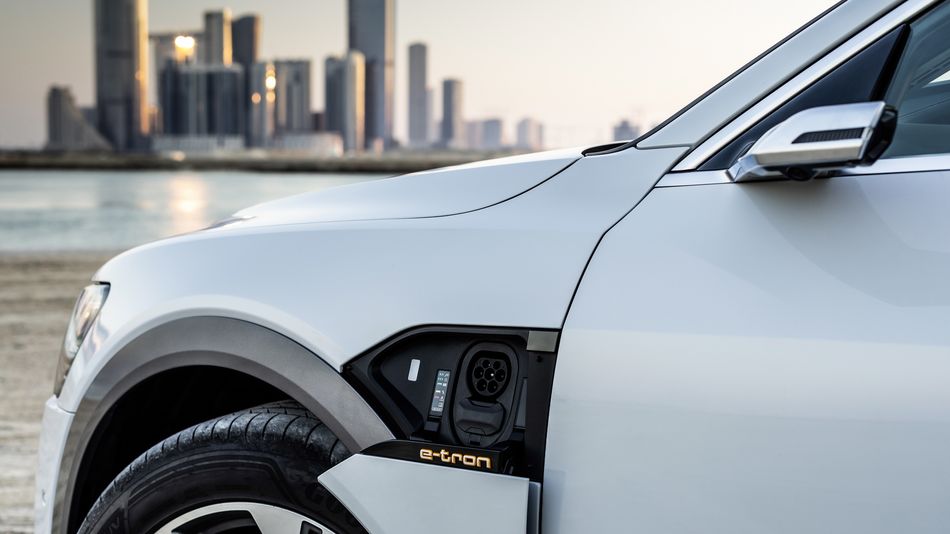 When your battery-powered electric vehicle alerts you to get an oil change, it’s OK to laugh.

A small number of Audi’s first all-electric compact SUVs, the e-tron, are alerting drivers about scheduled maintenance. The problem? Legacy alerts from gas-powered vehicles are coming through on the electric vehicles. The e-tron simply can’t have an oil change, no how, no way. It’s impossible.

An e-tron user sent EV news outlet Elecktrek a great shot of the dashboard display in his battery and electric motor car flashing, “Oil change and inspection in 200 mi.” The car was first delivered to customers in Europe and the U.S. last year, with about 20,000 cars sold worldwide. Other e-tron owners, mainly in Europe, have posted similar notices that come up automatically as they approach certain mileage points. Here’s one from January:

Audi’s technical team explained in an email Wednesday that “only a very small number of vehicles are affected by the described message.” More importantly, “It does not present any safety concern.”

The holdover message appears because the e-tron shares software for infotainment screens and other displays with other (internal-combustion engine) Audi models, “as it allows a sustainable management of economies of scale.” It’s a holdover from a pre-electric era.

Don’t worry, new software was plugged in “shortly after the start of production,” Audi said, so only the very early e-trons have the chuckle-inducing notice coming up on their dash screens.

While it’s humorous, the message highlights the struggle to convert the collective mindset toward electric. Those gasoline hangovers will linger well after 200 miles.

How to avoid common IRS scams during tax season

Lawmakers demand answers from Amazon about Ring partners with police

Lawmakers demand answers from Amazon about Ring partners with police