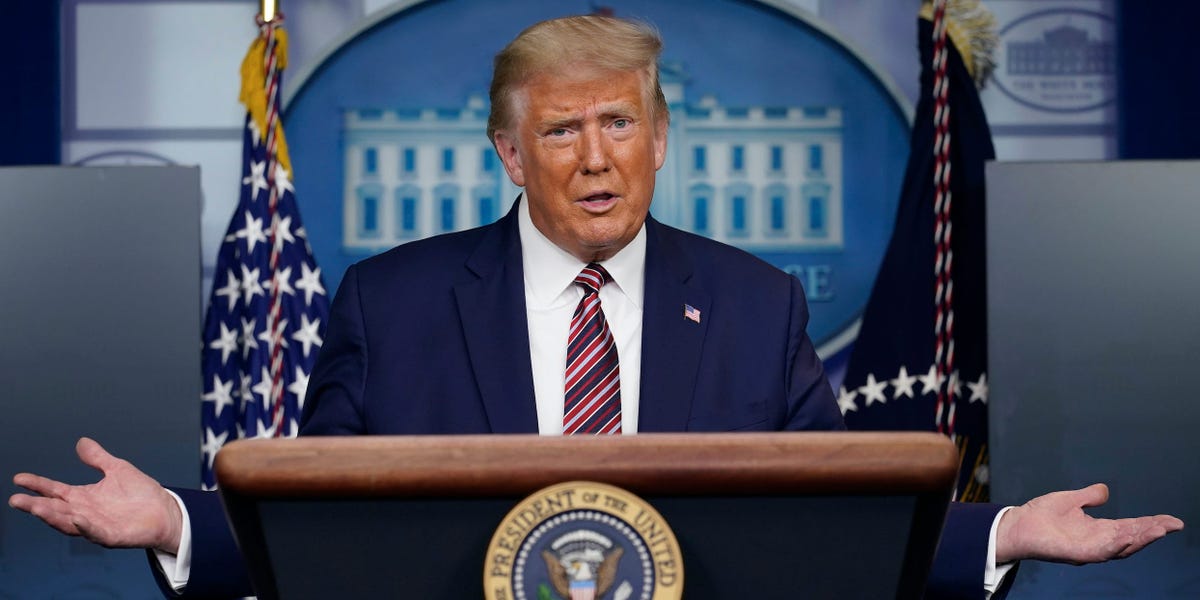 President Donald Trump on Sunday evening dismissed a damning report by The New York Times on his tax returns as “fake news.”

The bombshell article revealed that the president paid only $750 in federal income tax in both 2016 and 2017. For 10 of the last 15 years, he paid no federal income taxes at all, according to the report. The Times also discovered that Trump claimed to have spent a whopping $70,000 to have his hair styled for “The Apprentice,” and benefited from a massive tax refund of $72.9 million in 2010 that is the subject of an audit by the Internal Revenue Service.

At least $100 million is on the line in the ongoing audit, the Times reported.

The president has reported losses exceeding $315 million at his golf courses since 2000 and another $55.5 million at his Washington, DC hotel since its opening in 2016, per The Times.

Trump also accused the Internal Revenue Service of mistreating him during his Sunday press conference.

When pressed by reporters for a ballpark number of how much tax he has paid, Trump said that he can’t share that information yet.

“You’ll see that as soon as my tax returns – it’s under audit, they’ve been under audit for a long time,” he said.

“And when they’re not, I would be proud to show you,” he added. “But that’s just fake news.”

As the Times notes, the president’s repeated claim that he can’t release his tax returns while they’re under audit has been denied by the Charles Rettig, the current IRS commissioner. Trump nominated Rettig for the position in 2018.