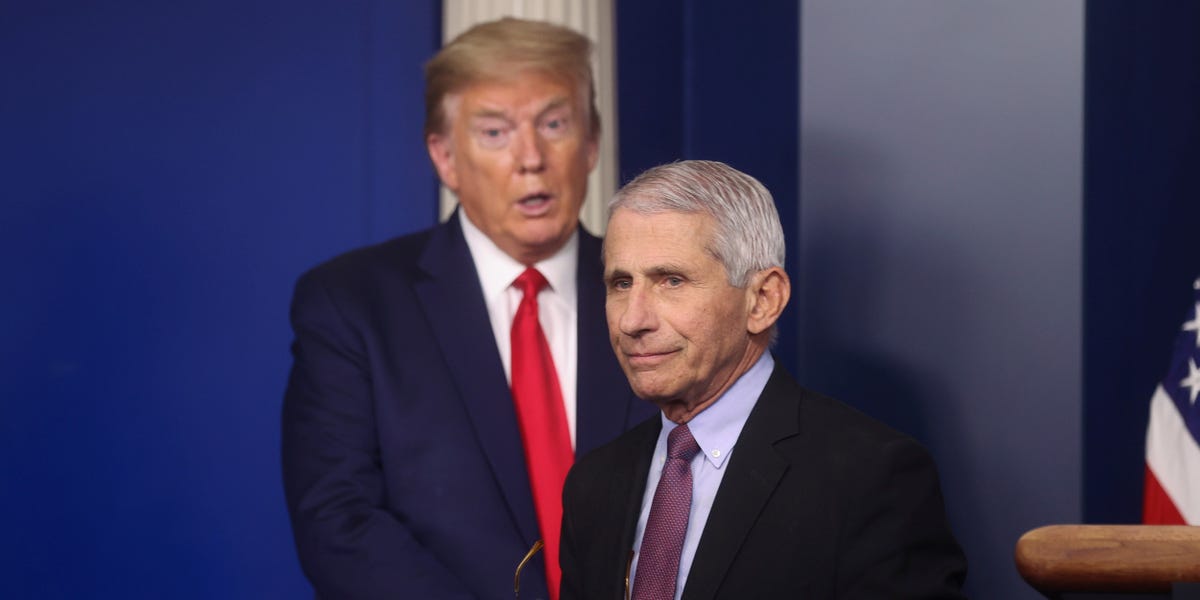 President Donald Trump was annoyed with the attention Dr. Anthony Fauci was receiving for throwing the ceremonial pitch at the opening of the 2020 Major League Baseball season that he decided to announce he was also invited to pitch for the Yankees next month, an official told The New York Times.

Despite his announcement and later cancellation of this event, Trump was reportedly never actually invited to pitch on that date.

Last week Trump announced that he was invited by Yankees President Randy Levine to throw out the first pitch at the game against the Boston Red Sox.

“Randy Levine is a great friend of mine from the Yankees,” Trump told reporters on Thursday as Fauci was getting ready to throw out his first pitch, The Times reported.”And he asked me to throw out the first pitch, and I think I’m doing that on August 15 at Yankee Stadium.”

However, on Sunday, Trump said he was no longer going to be throwing the pitch because he was too busy.

“Because of my strong focus on the China Virus, including scheduled meetings on Vaccines, our economy and much else, I won’t be able to be in New York to throw out the opening pitch for the @Yankees on August 15th.” he wrote in a tweet.”We will make it later in the season!”

According to The Times, both Trump’s announcement that he was pitching at the event, and that he was no longer attending surprised officials on the baseball team and in the White House.

After he said he would be pitching, Trump reportedly directed aides to call Yankees officials to arrange the matter since Levine has previously offered to have the president throw an opening pitch but no final plans or a date was ever finalized. White House aides then spent the weekend on the phone with Yankee officials to convince them that Trump was actually booked for August 15, the Times reported.

According to the Times, Trump was concerned that Fauci, who was asked to pitch by the family of the Washington Nationals owner Ted Lerner weeks ago after he advised them on how to handle the coronavirus outbreak, would “upstage” him.

While Fauci’s pitch that day did not go so well, a baseball card with a picture of the top infectious disease expert mid-pitch that day was the all-time bestseller for ToppsNow.

Trump, who has long pushed to reopen the country before public health experts deemed it safe, and has in the past advocated against masks, peddled conspiracy theories on the virus, and even suggested people use with UV light inside the body to rid themselves of the virus, has tried to push back against the warnings and advice of Fauci.

However, Trump seems to have changed course on the way he speaks about the coronavirus, mainly due to the impact the response to the pandemic is having on his re-election chances.

According to data from John Hopkins University close to 4.3 million Americans have been infected with the coronavirus, and more than 147,500 people have died.

Portland: Journalist recounts being shot in the face by police