You’ve booked your flight, your bag is packed, now, you’ve just got to decide what you’re going to smash out during the flight.

Long flights are the ultimate environment for binge-watching TV: meals and booze delivered right to your own personal little tray table, nowhere to be for hours but in your seat — and full concentration.

So, instead of wasting time flicking around the airline’s entertainment catalogue, prepare in advance, and catch up on a show you’ve been meaning to spend quality time with — you’ve got hours. And because you’ve got the time, you can finish the show before you land.

Just check your flight length and pick one of these based on how much time you have — and be sure to leave a little buffer time to include taxi, take-off, landing, food and bathroom breaks.

You can either download from your chosen streaming service, rent, or buy. Just remember to before getting to the gate, lest you accidentally miss the last episode.

If you loved Taika Waititi and Jemaine Clement’s hilarious 2014 film What We Do in the Shadows, and are looking forward to the upcoming TV series, you might remember Officers Minogue and O’Leary. From the same delightful directors, Wellington Paranormal sees this pair of laidback police officers join the local Paranormal Unit where demons, ghosts and alien plants prove formidable perps.

The End of the Fucking World

For something at once dark and delightful, British comedy-drama The End of the Fucking World is a good bet. Based on Charles Forsman’s graphic novel, the eight-part series follows teens James and Alyssa (played by Alex Lawther and Jessica Barden) as they hit the road. Mishaps ensue.

After a cat-and-mouse chase that will make the time fly by? Buckle up for BBC’s crime thriller Killing Eve, adapted for the small screen by Fleabag‘s Phoebe Waller-Bridge. Over eight high-paced episodes, Sandra Oh throws down her Golden Globe-winning performance as Eve Polastri, an indefatigable British intelligence agent hot on the trail of the formidable Villainelle, a chillingly brutal assassin played with frankly terrifying conviction by Jodi Comer.

There’s nothing like a good cry on a flight, and Kidding will seriously turn on the taps. Michel Gondry’s series stars the inimitable Jim Carrey in his Golden Globe-nominated role as Jeff Pickles, who’s made his career in children’s television as the beloved Mr. Pickles. But offscreen, life isn’t so rosy.

Want a docuseries that really digs deep over the course of your flight? Load up The Defiant Ones, HBO’s four-part documentary series directed by Allen Hughes that unpacks the legendary partnership between Dr. Dre and Jimmy Iovine. As well as interviews with the icons themselves, there are chats with the likes of Nas, Stevie Nicks, Bruce Springsteen, Gwen Stefani, Bono, Eminem, Ice Cube, Tom Petty, Snoop Dogg, and more.

Quick, before Season 2 lands, smash out the first installment of HBO’s Big Little Lies in one go. Adapted from Liane Moriarty’s best-selling book, directed by Wild‘s Jean-Marc Vallée, and set in the California beach town of Monterey, this captivating Golden Globe winner features one of the biggest little casts on television: Nicole Kidman, Reese Witherspoon, and Shailene Woodley, along with Alexander Skarsgard, Laura Dern, Adam Scott, and Zoe Kravitz.

Like an extreme version of Dude Where’s My Car?, eight-part HBO mini-series The Night Of stars a superb Riz Ahmed as Nasir Khan, a student imprisoned after waking up to a murder scene — with no recollection of what the hell happened the night before. You, along with John Turturro as Naz’s lawyer, will piece together the case, while Naz makes a prison ally of Freddy, played by the inimitable Michael Kenneth Williams.

Based on Gone Girl author Gillian Flynn’s debut novel, and brought to the small screen by Big Little Lies director Jean-Marc Vallée, HBO mini-series Sharp Objects is a must-watch subversion of the Dead Girl trope. A transfixing Amy Adams leads the charge as a reporter who investigates unsolved crimes back in her small hometown.

Maggie Gyllenhaal won a Golden Globe for her performance as Nessa Stein in 2014 miniseries The Honourable Woman, and she damn well deserved it. Stein is an Anglo-Israeli who runs a foundation with her brother, and has lofty aims to negotiate peace in the Middle East. But Stein and her family’s past is a harrowing one to unpack, and the twists and turns in the series will stay with you long after you’ve landed.

Based on the best-selling book by series creator Benjamin Law, The Family Law is a hilarious, heartbreaking and quick-witted comedy-drama centred around the author’s Chinese-Australian family. Featuring one of the best TV mums around, this show’s delightful three seasons can be whipped through in a nine-hour flight.

Centered around New York’s ballroom scene of the 1980s and the LGBTQ people of color who forged a home in it, Ryan Murphy’s Pose is a master class in making people care about its characters. FX’s eight-part show will make you cry on This Is Us levels, which is highly cathartic to do on a plane.

The Haunting of Hill House

If you don’t mind yelping in fright in a silent plane every so often, open the front door on Netflix’s The Haunting of Hill House. A genuinely frightening drama that centres around the concept of family trauma and grief, Hill House will keep you on the edge of your plane seat until the last showdown.

Haven’t seen Atlanta yet? Watch both exceptional, often unsettling seasons in one sitting. Created, co-written, produced by and starring Golden Globe winner Donald Glover, the series follows Earn Marks, who’s trying to break his rapper cousin Paper Boi into the music industry. Glover is surrounded by excellent performances from Brian Tyree Henry, Lakeith Stanfield, and Zazie Beetz. A word of advice? Be nice to your flight attendant for most of Season 2 “Robbin’ Season,” as you’ll be needing a drink after meeting Teddy Perkins.

There are three, soon to be four seasons of Fargo, but each is as self-contained as True Detective, or American Horror Story, so pick one and you can smash it out in about 10 hours. Never watched it before? Of course, start with Season 1, the most directly linked with Joel and Ethan Coen’s 1996 classic film but expertly elaborated with Martin Freeman, Billy Bob Thornton, Allison Tolman, and Colin Hanks in the lead roles.

Binge-length: 10 hours for one season

Based on Justin Simien’s acclaimed 2014 film, Dear White People follows a group of students of colour at a predominantly white Ivy League college. Each episode focuses on a different character, so it’s perfect for binge-watching, and Simien even wrote and directed episodes of the series. You can watch both seasons in a longer, 10-hour flight, in prep for the upcoming third season.

Yep, another series that has more than one season, but for our purposes, Broadchurch Season 1 is all you’ll need. Starring David Tennant, Olivia Colman, and Jodie Whittaker, this emotional British crime drama is one murder mystery you’ll find genuinely hard to get over — and one that’s intensified if you watch it all in one go.

Binge-length: Eight hours for the first season (that’s all you’ll need, unless you’re a sucker for sadness)

You’ve probably heard by now, this is not the Sabrina the Teenage Witch of your childhood. Netflix’s Chilling Adventures of Sabrina proved one of the most binge-worthy shows of 2018, as a much darker, more Satanically-provocative adventure with the Spellman family and friends. The first season will only take you 11 hours to watch, and if you’re on a longer flight, you may even be able to squeeze in the holiday special, the last morsel you get before new episodes drop on April 5, 2019.

Love a spot of German-language noir? Dark is just the kind of mystery that’s made for solitary plane watching. Created by Baran bo Odar and Jantje Friese, this science fiction thriller that begins with the disappearance of two children will have your flight time zipping by.

One of the greatest one-season wonders of all time, Firefly is the perfect way to spend your in-air limbo time in another galaxy. Writer and director Joss Whedon’s space western lets you hang out with the crew of the Serenity spaceship for 14 episodes, perfect for a longer haul flight.

Are you yet to meet Mrs. Maisel? Are you about to fly from New York to Sydney or an equally lengthy distance? Smash out both seasons of Amazon’s Golden Globe winner The Marvelous Mrs. Maisel and you’ll be up to date on the show everyone’s been talking about. Spend your long flight in 1950s New York with Miriam “Midge” Maisel (played brilliantly by Globe winner Rachel Brosnahan), who discovers her penchant for stand-up comedy.

Have you smashed a whole series in a flight? Let us know, we’re always on the hunt for more binge-watching fuel. 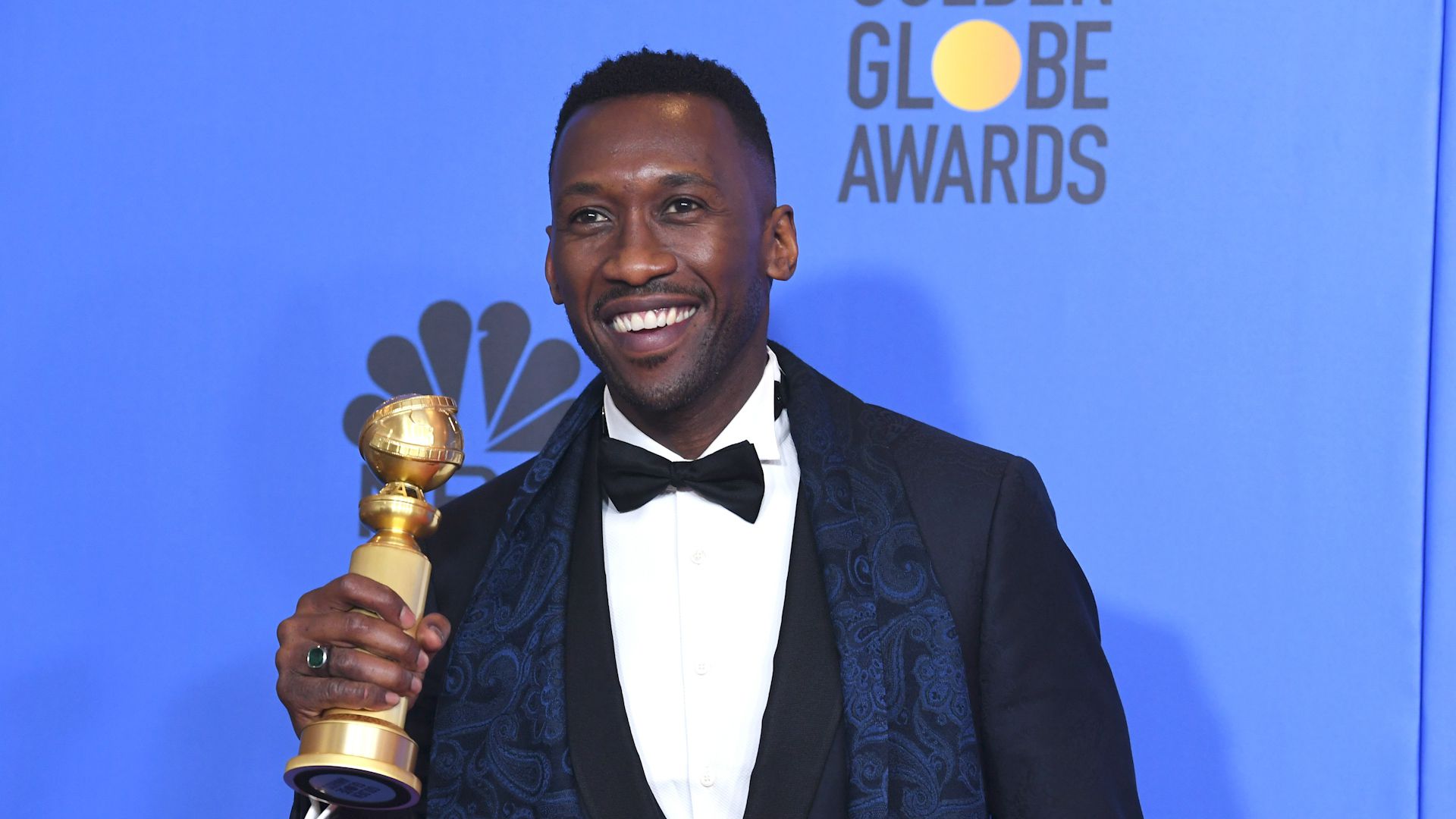 ‘Mortal Kombat 11’ is more than just a fighting game: Hands on review