Netflix’s Sex Education is an empowering and groundbreaking series on adolescent relationships and identity crises. In its first week, it received rave reviews (ours included), and per Netflix, the viewership numbers aren’t too shabby.

Mashable sat down with the show’s young leads – Asa Butterfield, Emma Mackey, and Ncuti Gatwa – to discuss the importance of a show with such diversity and nuance, and how it feels to part of the conversation in moving representation and sexual identity forward.

Sex Education draws on a lot of tropes from classic teen movies and TV. How was it for you, having seen these versions, to get a chance to bring something new to it?

EM: I think it’s really exciting. I love that we’re kind of just turning all those tropes upside down in a way, just kind of revisiting them. There are lots of elements of the show that could appear to be quite formulaic on first glance. Naturally, when you progress through the show you kind of just find all the depths and the layers of characters. The jock actually struggles with anxiety, the least popular girl in school is super brainy and clever and has her own agenda…

NG: The virgin is a sex therapist.

EM: The virgin is a sex therapist! It’s brilliant, I think it’s really great. And I also love the fact that we touch on home lives and family lives and the characters’ relationships with their parents, or lack thereof. I think that’s really important as well.

The show is very inclusive and progressive, and kind of effortlessly. Was that something that came out of casting or something the writers already had in place?

“I love that we’re turning all those tropes upside down in a way, just kind of revisiting them.”

AB: I think it’s a bit of both. I think it’s very well-written characters and very well-written scenes at its core, but then I think the group of actors that are in it then made it their own and everyone in the cast is all quite different and all bring a bit of themselves to these characters. And we all bonded very quickly, as you do especially on a show like this. You get to know each other very well, very quickly… When we were on set, in literally a school, we all did kind of feel like we were back in school.

NG: I feel like it’s about time that a show like this is hitting the air, that’s very diverse and talking about things that are happening now. Also, it extends from the fact that the writers’ room was very female-led, which has added a kind of whole new perspective. Different stories are being told now, which is very exciting.

EM: Yeah. So cool. And it’s not like we’re making a point of it like, “Oh look!” It’s just matter-of-fact because it is matter-of-fact and this is the world that we live in. It’s really cool. I agree. I concur!

One of the scenes that epitomized that for me was when Otis and Eric dress up for Hedwig, and that wasn’t any type of big deal. For some reason it really got me; here they are, they’re best friends, they’re secure with their identities, and this is tradition. That’s just the fabric of the show and it’s different from its predecessors in that way.

NG: Otis and Eric – a lot of the relationships in Sex Education are very sweet but… unbiasedly, one of my favorites is Eric and Otis’s, just cause they’re so different, but they complement each other so well. They bring the best and worst out in each other but in a really good way. And they just love each other! They’ve been friends for years and they just get each other. I think it’s so special to have like – you’ve got a gay black kid and you’ve got a straight, white, awkward kid, but they’re just tight and they’re just bros and it’s really sweet.

Were there any scenes like that that stood out to you while reading or filming the show?

EM: There are loads. I like the scenes between Aimee and Maeve. I just love the way that Aimee and Maeve are part of different – it’s like they lead a secret, parallel life together. They love each other and they’re friends but it’s not a big deal – and they know they can’t be together for now but that’s fine, they just kind of go on and do their own thing and exist in their groups of people at school. But I just love all the interactions that Aimee and Maeve have together. It’s just so easy, where they can both be themselves. It’s really nice to see female friendships work.

Another great thing about the show is that it’s sex positive but clearly addresses the fact that that means something different for everyone – how they react to sex positivity and sexuality and sex drive. That’s something we haven’t really had before this age of television, so I was curious what experiences you guys might have had in your teens of people talking about sex or how television and film addressed it. It’s been very taboo for a long time – even the way TV handled it was fade-to-black while people are kissing and that kind of thing.

EM: All the references are kind of glamorized, and all the films we watch are – like, sometimes it can be funny, but all the ones I remember of like a real sex scene –

AB: It’s very in-your-face, and it’s not at all representative of what – especially as a teenager – what you can expect. And I think it really changes people’s expectations and adds a lot of pressure to them growing up. We wanted to show it in a very frank, very kind of honest and real and awkward and funny way that shows that this is normal and whatever hangup or kink or whatever you have that you might think of as weird – it’s not at all weird, because everyone’s got their thing and everyone’s different.

EM: And all different sexual orientations as well. I feel like there was a severe lack of representation – even until quite recently, I feel like still today there’s – we don’t represent everyone and everyone’s sexual orientation and what they want and how it actually happens and goes down. So I think that it’s cool, I think we did a kind of good job of opening up that door.

What were some of your favorite teen movies/shows growing up?

AB: One of my favorites was Inbetweeners. I remember watching that as a young adult and really finding it very funny. Our show is quite different to it. I think there are similarities and differences between Inbetweeners and Sex Ed.

EM: I used to watch Skins, but it was like clandestine. I had a family computer that I would go to in the middle of the night. So I found out the password and then brought it into my bed and watched Skins and thought I was really cool, ’cause I was in a French village and I was like, “Yeah, I watch Skins.”

And Skins was the provocative show at that time.

EM: Yeah, it was super provocative! And for some reason that’s what I thought teenage – I was like, “When I go to the UK, that’s what it’s gonna be like.” And it kind of was – it kind of is like that.

EM: It kind of is, but Skins is like a heightened, extreme version of it.

NG: I was into Skins, Shameless – I was really into Shameless for a bit.

What do you hope people take away from the show and from watching this new iteration of the teen story and moving the sexual conversation forward?

Whatever journey you’re on is fine. Take the pressure off yourself. You don’t need to bow down to peer pressure or be comparing yourself. Especially in this day and age, with social media, teenagers are comparing themselves to everybody that have these perfect lives on Instagram –

NG: Supposedly. But it’s like, they’re only showing you 10 percent of their lives, do you know what I mean? And it’s filtered and glossed over. So just do you.

“It’s about time that a show like this is hitting the air, that’s very diverse and talking about things that are happening now.”

EM: Yeah, kind of in the same vein, I want them to take away that women coming together is a really powerful and beautiful thing, and that we shouldn’t be comparing ourselves and we shouldn’t be in constant competition. I’m 23 and it’s only recently that I’ve started to feel like I’m not scared of other women and I don’t feel like I’m in competition with them all the time. Like [Gatwa] said, just comparing yourself all the time and putting so much pressure, being like, “Oh I’m not doing enough, I’m not like her, blah blah.”

So yeah, facing your front and appreciating the fact that there are strong female leads in this show and that they’re all doing their thing, that they’re not existing as satellites around male characters. They’re doing their own thing and they’ve got their own stories. And also the fact that the show breaks down toxic masculinity and really breach masculinity in all its forms and it’s beautiful and really important.

How would you describe the show to someone – to tell them what makes it special and different and why they should watch it?

NG: Use your chest.

EM: Can you imagine? It’s like he’s gonna do a speech now.

AB: This show… A lot of what we’ve just said about how it empowers people to be who they are in a very honest way. I think you’re gonna watch the show and you’re gonna laugh a lot, you’re gonna cringe a lot. You’re probably going to relate to some of the characters, possibly more than one, and their relationships with parents. Whether you’re an adult or a teenager, there’s going to be something here that you can relate to and get something from, and I think really you’re just going to fall in love with these characters and the journeys they’re on. 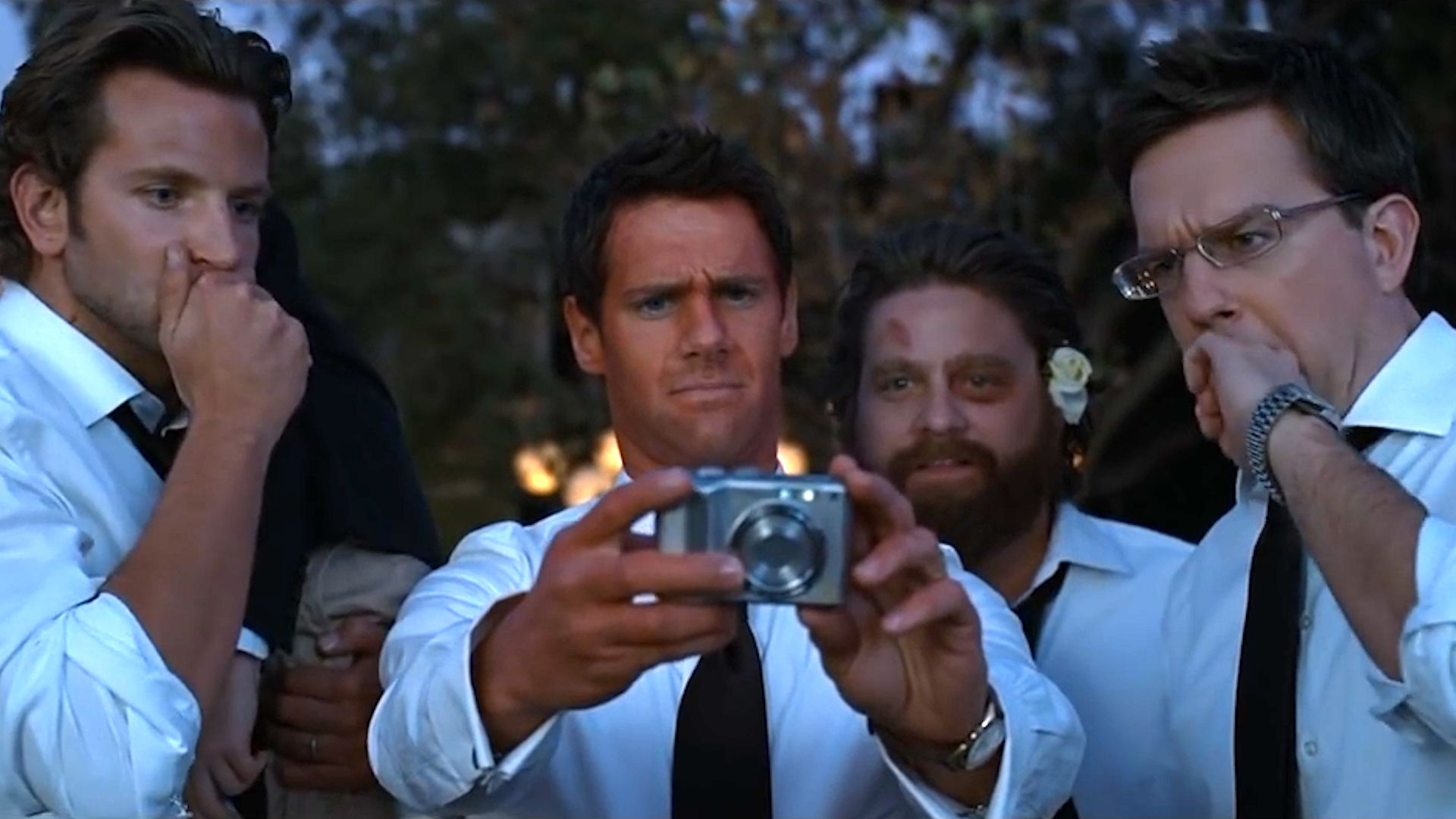 This game almost broke me

TV shows you can binge-watch on a long flight