When I left the theater after a 6 p.m. showing of The Art of Racing in the Rain, I walked a few steps to the back of a nearby newsstand, leaned against it for support, and let myself sob for a minute.

It was still light outside in Manhattan, and I was on full display before a line of cars stuck in traffic, but I had just seen a DOG movie and my eyes weren’t done leaking yet.

Like most human beings with beating hearts, I love dogs. I grew up in the golden age of Homeward Bound, Beethoven, and Air Bud, but once I learned that not all dog movies have the happy endings my idealistic mind craves I stopped watching them to avoid heartbreak.

In addition to starring a dog, however, this particular film — directed by Simon Curtis and adapted from the 2008 bestselling Garth Stein novel of the same title — also stars the talented and devastatingly handsome Milo Ventimiglia, so I made an exception.

Ventimiglia plays Denny Swift, a Formula One race car driver who adopts a golden retriever pup and names him Enzo — after Enzo Ferrari, the famous Italian racer and founder of the self-titled sports car manufacturer. Throughout the movie, we see Enzo and Denny develop a one-of-a-kind friendship while expanding their family. But there’s a catch: The movie is shown from Enzo’s perspective and narrated by him (or rather, Kevin Costner, who voices the dog). And, oh yeah, Enzo desperately wants to be reincarnated into a human.

From the very first scene, when an old, present-day Enzo is shown lying on the floor in “a puddle of his own making” as he puts it, you know you’re in for a ride.

In racing, Enzo learned from Denny, “reflection must come at a later time.” You run the race and when it’s over you watch the tape back to see how you did. So in this moment, near the end of his long, complex, love-filled life, Enzo finally decides to look back.

In the two-hour movie, viewers get an accelerated look at the sweet, intimate moments Enzo and Denny shared in their early years — from kisses and rearview mirror glances, to walks on the track and snacks shared in front of the television.

But when Denny meets a benevolent ESL teacher named Eve (Amanda Seyfried) Enzo grows increasingly frustrated with his inability to communicate like a human. Denny and Eve get married and have a daughter, but Eve eventually gets sick and Denny faces an ugly custody battle with his in-laws that has real Mary Louise from Big Little Lies energy. As Enzo’s family struggles before him, he’s left feeling helpless and dreams of a day when he, too, can be human.

While watching The Art of Racing in the Rain, I internally shifted back and forth between thinking the film was utterly and undeniably absurd — and let me be clear, at times it definitely was — and thinking it was beyond the bounds of regular movie sadness.

Every so often, Costner’s intense voice takes a break from spouting out maxims to crack a joke about tape-worms, use an unbelievably advanced word, or reference a documentary he saw on TV about Mongolia and reincarnation. There are some funny moments, but once you remember a dog is talking, you think to yourself, “oh yeah, this is kind of weird.”

There’s also a bizarre running bit about Enzo loathing a zebra stuffed animal. At one point (while in a state of extreme hunger and thirst), Enzo hallucinates that the zebra comes to life and “performs a brutal burlesque” that involves violently tearing his own stuffing out. Enzo blames the “demonic vision” on a “lack of glucose,” and in that moment I admit that I questioned what I was doing willing staring at the screen.

Other times, however, when you think about the possibility that maybe, just maybe, every dog on the planet isn’t fully content playing, sleeping, eating, cuddling, and living without opposable thumbs or speech, things get dark. The idea that, like Enzo, dogs spend every day wishing, hoping, and praying that they were humans is so incredibly painful for me to consider that I literally had force myself to stop thinking about it or I might never have left the back of that newsstand.

A dog guy who mastered the dad role

You may walk away from this movie with emotional whiplash, but the good news is that you’ll also walk away having seen Milo Ventimiglia share the screen with an adorable dog and an adorable child.

It’s not just This Is Us, people. I’m here to tell you that Ventimiglia has officially mastered the art of playing an exceptional dad. But this movie makes it abundantly clear that he also belongs with a dog. (Both on-screen and IRL as far as I’m concerned.)

The dogs were brilliant actors, too, and the scene where Denny grabs Enzo’s paws, places them on an imaginary steering wheel, and pretends to drive a car while they’re sitting on the couch together is a gift to humankind.

Ventimiglia’s deep, warm voice that always seems to carry tones of genuine concern was created to say things like, “OK pal,” “be a good boy,” and “it’s always you and me” to a pup’s face.

Some pairs are just meant to be. Tom Hanks and Meg Ryan. Ryan Gosling and Emma Stone. Amy Poehler and Tina Fey. Milo Ventimiglia and literally any dog. Sorry Mandy Moore, I don’t make the perfect Hollywood pairs. I just report them.

The art of letting logic go

I have yet to read Stein’s novel, so I can’t say how the two compare, but in order to set this film apart from every other sad dog movie out there you need to be willing to let go of logic. You need to entertain the idea that dogs have this advanced, deeply depressing inner monologue happening within them at all times, and if you can do that, then your tear ducts don’t stand a chance.

On the surface, The Art of Racing in the Rain is just another cliché PG-rated pet movie, but at its core, it highlights the difficulty of grappling with uncertainty — with life’s unpredictable moments, like sickness, sorrow, and even rain. The film shines a light on just how loyal dogs can be and how deeply they care for the people in their lives. All it asks in return is that you sit in an air-conditioned theater, perhaps snack on some comfort popcorn or slurp a Blue Raspberry Icee, and allow yourself to get vulnerable enough to have a nice, ugly cry.

It’s not one of the most dramatic, romantic, action-packed, or even racing-focused movies out there. But if you let it — if you’re willing to look past the zebra hallucinations and the way this dog inexplicably flexes an extensive vocabulary, and focus on the love between humans and animals that literally transcends words — The Art of Racing in the Rain has the power to sufficiently wreck you. 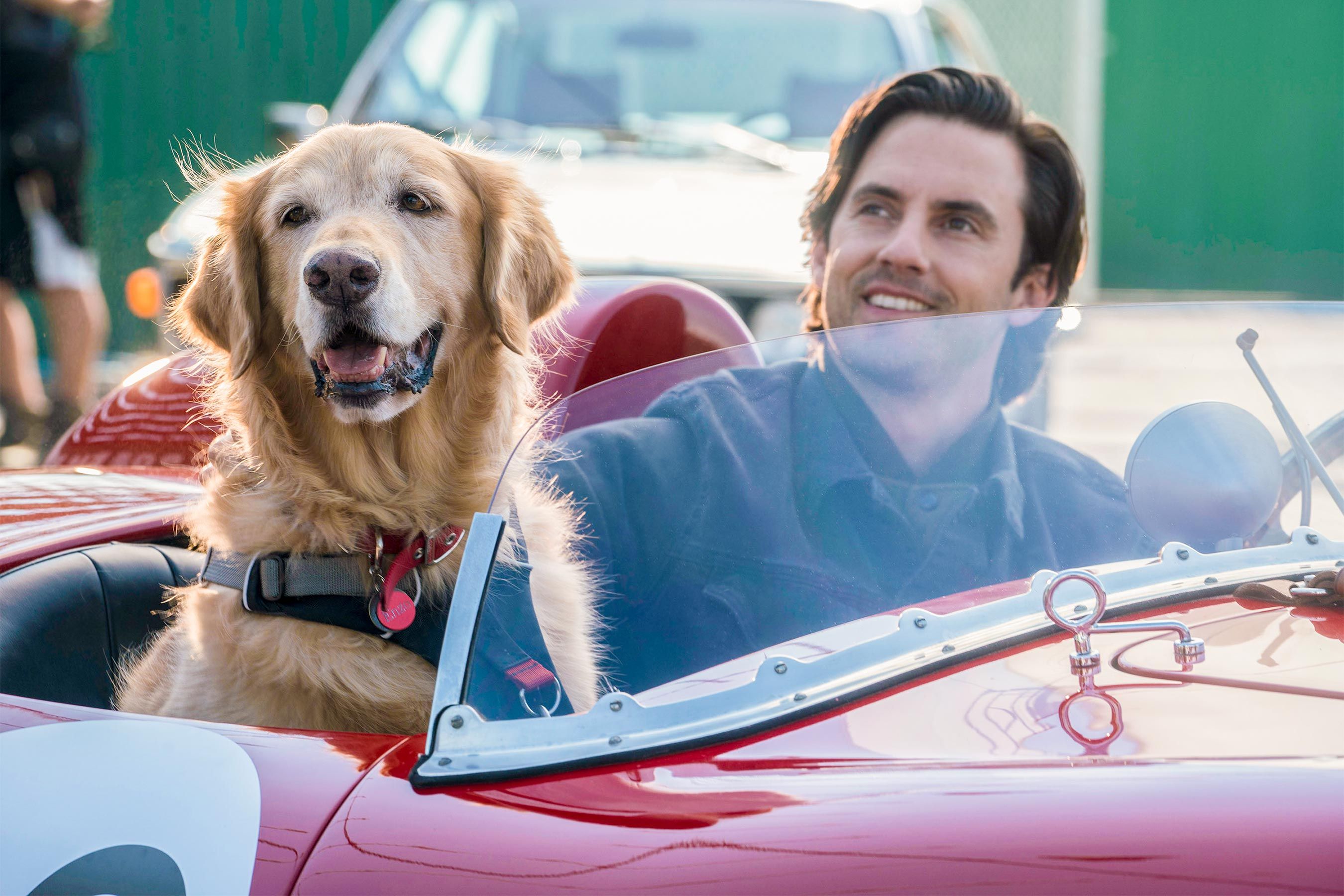 For Season 3, ‘GLOW’ stays in Vegas while everyone changes