Revry CEO Damian Pelliccione couldn’t have known that the Apple TV he bought in 2015 would change not just his life, but countless others’.

But, he tells me over the phone, it was the discovery that the App Store had “like, zero LGBTQ apps” that inspired him and three friends (Alia J. Daniels, Christopher Rodriguez and LaShawn McGhee) to start Revry, billed as “the first queer global streaming network.”

Even in an age when there’s more easily accessible entertainment than ever, aimed at more diverse audiences than ever, finding representation remains difficult for many marginalized groups, including LGBTQ individuals.

That’s the problem Revry has been trying to solve since its launch in 2016. “You know, YouTube, yes, you’re definitely going to find great LGBTQ stories. Anything with Netflix,” says Pelliccione, who is Revry’s CEO. “But those are platforms that are not made for just our community, where Revry is. We like to say we’re unapologetically queer.”

“We really prided ourselves on making Revry a safe space for authentic representation by queer creators.”

“I think, for us, we really prided ourselves on making Revry a safe space for authentic representation by queer creators,” adds Daniels, who is the COO. So instead of “stories that are queer that are pandering to straight audiences,” Revry seeks out shows, movies, music, and podcasts that are by, for, and about the queer community.

Moreover, they try to keep in mind that that population is made up of all kinds of people. “I was very, very, very adamant – we all were – that we needed to make sure that we were highlighting everyone in the community, that all stories in the community have a space where they could be told,” says Daniels.

Plus, that openness is good for business. Though Revry faces plenty of challenges (Pelliccione notes it’s still tough to persuade investors that the queer community is a viable market), the CEO believes that Revry’s commitment to reflecting “all gender identities or expression, all races, all languages, all orientations, all walks of life, is what set us apart, and really put us on the global stage.”

A recently announced deal with Comcast expands Revry’s reach to 50 million viewers across all platforms, and the company expects to keep growing, with a SeedInvest campaign currently underway. “By the end of this year, we will be available in almost 200 million homes in four continents,” Pelliccione claims.

Once all those many millions of people tune in, the hope is that all of them will be able to find some part of their experiences reflected in Revry’s library.

Pelliccione recalls a message he received shortly after the company’s launch, from a user in Saudi Arabia who thanked the company for “giving him hope for one day being able to live an authentic life, and to realize there were other people like him out there.”

Pelliccione understands that desperate need to see oneself onscreen, having exhausted his local video store’s entire supply of LGBTQ films as a young man in the late ’90s and early aughts. “And, you know, I was lucky,” he points out. “I was living in New York, and things like Blockbuster existed, and this one actually had an LGBTQ wall.”

But the 2019 version of that “18- to 21-year-old queer boy, filmmaker, artist” is even luckier, thanks to sites like Revry. “I wish I had something like that before. So it’s great to be able to bring this into the world.”

And, actually, the now-30something version of himself isn’t doing so shabby, either. Pelliccione tells me he’s watched all but “maybe a small percentage” of the content on Revry, because “I am the consumer. I think a lot of us are.”

So, with that in mind, here are Pelliccione’s top 10 picks for anyone new to Revry – or anyone who’s already been using it and just wants to find more great stuff to watch.

Shot last year in San Francisco’s historic Castro District, The Drag Roast of Heklina features an all-star lineup including Jinkx Monsoon, Bob the Drag Queen, and Alaska Thunderfuck. “It’s not for the light of heart,” Pelliccione laughs. “It’s not PC. But it’s a drag roast, a comedy roast, and it’s so funny, absolutely funny.”

Room to Grow is “near and dear” to Revry’s founders, Pelliccione explains, “because this is really showing the true mission of what we’re doing through entertainment and storytelling.” The series follows eight queer youths (ages 10-20) as they navigate “their different intersectionalities, different gender identities, different races and backgrounds and family life.”

Daniels describes Putting On as Revry’s “first true reality series,” following On Mekahel, a model-turned-entrepreneur launching a new underwear line with his ex. “It’s really Bravo-esque, fun reality TV,” she says, with “all the drama” you’d expect from that description.

“America in Transition is another big project that I’m super proud about,” Pelliccione tells me. “It’s a docuseries which really follows transgender life outside of the coasts.”

Directed by André Pérez, a “very talented” trans filmmaker, the series chronicles “[the subjects’] challenge in not just transitioning, but being able to live their lives, to live an everyday life as trans male or female.”

Produced by Rachel Brosnahan (of The Marvelous Ms. Maisel fame), FEMME sees a young man (Corey Camperchioli) struggling toward self-acceptance after a rejection.

Pelliccione praises the short film for its handling of toxic masculinity within queer culture. “It really has a comment on the stigmatization of effeminate gay men in our community, and what it means to empower themselves to get beyond all that bullying and bullshit, so to speak.”

Daniels describes Barbelle as having a “fun, fun setup,” and it’s hard to disagree: This comedy centers on two musicians who break up, and then must pretend otherwise for the sake of their thriving career as a pop duo.

“But what’s really cool about Barbelle,” Daniels adds, “is that they actually created original music for it. So on the service, you can watch the series, but then you can also listen to the series and the music of Barbelle on Revry as well.”

Oh, and speaking of music: Revry prides itself on offering audio as well as video content. “We now have one of the largest collections of queer indie music in the world, with just around 100 artists,” Pelliccione tells me.

One of those is Davis Mallory, formerly of The Real World: Denver, whom the Revry team discovered at OUT Web Fest, their own annual digital shorts festival. “He was on one of our music panels, and his music we just fell in love with,” gushes Pelliccione.

Daniels describes Jam as “a super amazing trans singer” with some truly awesome music videos, who just happens to be “everywhere” right now. Maybe you’ve caught one of her shows around the world, or seen her touring with the Broadway musical Rent, or enjoyed her many YouTube videos – but if you haven’t, Revry is happy to show you what you’ve been missing.

Though not a Revry original, like some of the others on this list, Denial is right in Revry’s wheelhouse – “another very mission-driven documentary,” Pelliccione says.

The film centers on Christine Hallquist, the first openly transgender candidate for government ever in the United States (she ran, and lost, in Vermont). Directed by her son, Derek Hallquist, Denial starts out following Christine’s campaign, and ends up also telling the story of her coming out and transition. “It’s so well done. It’s a beautiful story,” Pelliccione says.

If you happen to live in Los Angeles, you’re in luck: You can check out Queer Slam, “an open mic, storytelling and poetry night,” each month at Akbar in Silver Lake. And if you don’t? You’re still in luck, because you can listen to it as a podcast each month on Revry.

“There was such an opportunity for us to have all types of media as part of our queer media platform,” says Daniels. “It’s so cool to have all these amazing poets be able to share their work and their experiences.” 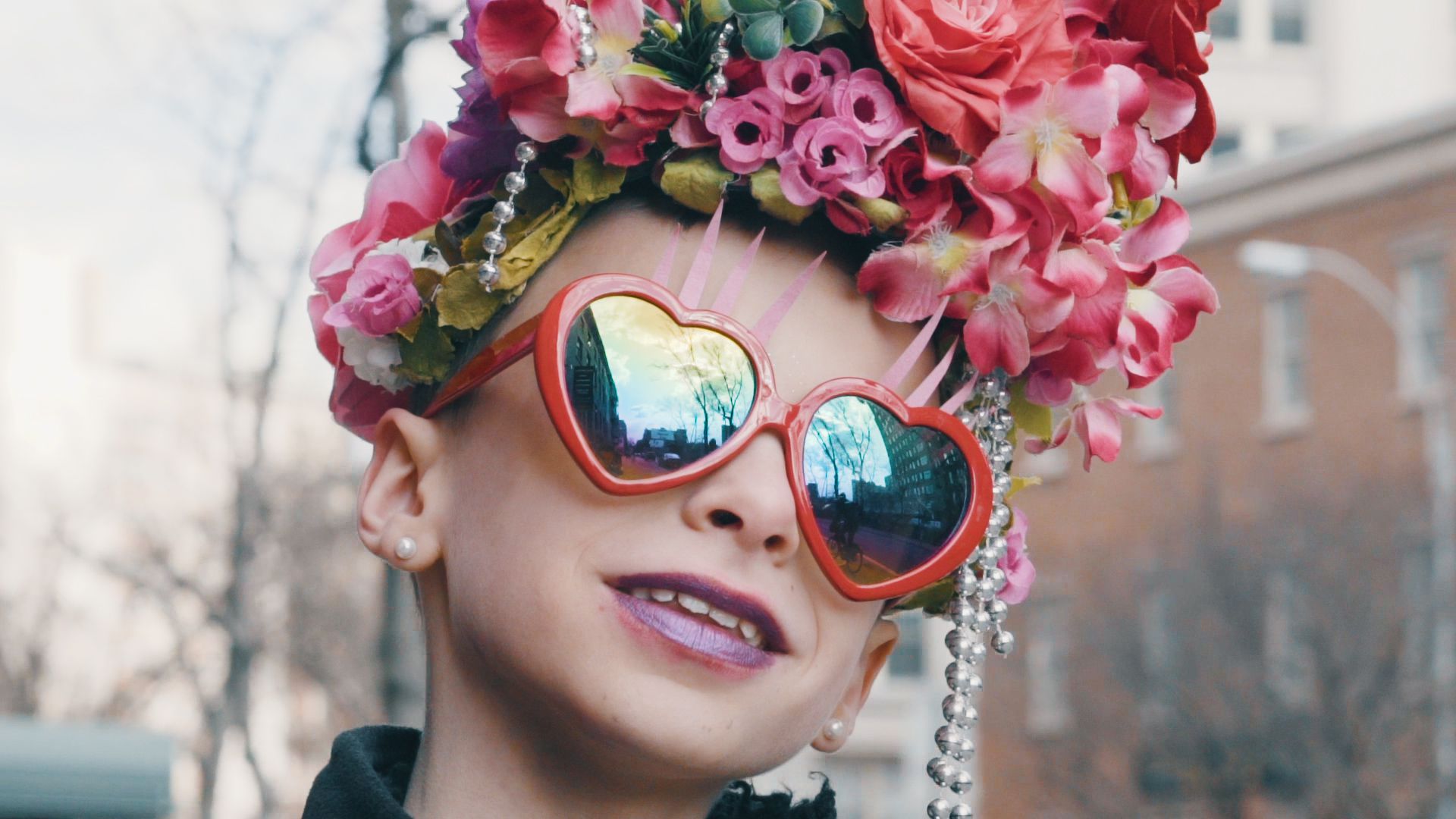 Everything to remember from ‘Game of Thrones’ Season 2

The best horror video games to play on date night