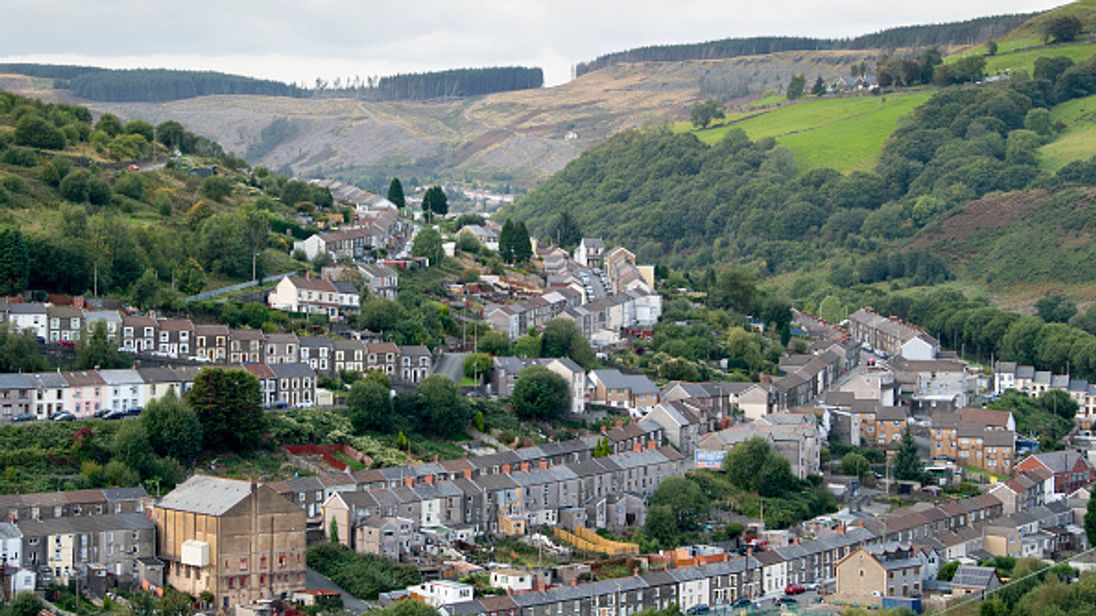 The Welsh county borough of Rhondda Cynon Taf has gone into a local lockdown after a “rapid rise” in coronavirus cases.

Health bosses say people are not allowed to enter or leave the area without a reasonable excuse after the restrictions were brought in at 6pm.

Pubs, bars and restaurants will have to shut at 11pm – and meetings with other people indoors will not be allowed, including for extended households.

Welsh health minister Vaughan Gething said: “We have seen a rapid rise in cases in Rhondda Cynon Taf in a very short space of time, linked to people socialising indoors and not following social-distancing guidelines.”

The county has the second highest coronavirus rate in Wales.

The highest rate is Caerphilly, where a localised lockdown was also introduced earlier this month.

In the Rhondda Cynon Taf village of Abercynon, a few miles outside Pontypridd, virus numbers have surged in recent days.

A “snowball” was the phrase used by the leader of the local council in South Wales and people are worried.

One local cluster has been blamed on a group of men aged in their 40s and 50s who decided to hire a bus and drive all the way to Doncaster for a day at the races.

Some of their friends tell me that they didn’t “stop in loads of pubs on the way there and back”, in contrast to what Public Health Wales said on Wednesday.

Doncaster Racecourse said it did not have any ticket bookings for any groups from the South Wales area for last Wednesday’s pilot event.

The Welsh government later said that although the group intended to go to the races, “the party did not enter the racecourse as originally planned”.

But since they returned to Rhondda Cynon Taf, the virus has rocketed in this area.

They are now among 1,500 residents self-isolating in this county.

“I count some of them as my friends and they’ve been stupid,” a middle-aged man told me.

“We all need to follow the rules. That’s the only way this thing goes away.”

He added: “Some people have been selfish, they’ve had their fun and now we’ll all pay the price.”

Business owners in Abercynon are worried and frustrated.

Since lockdown eased, they have slowly managed to get going again and they fear what is to come.

“I’m annoyed, worried and yes, angry,” said a lady who runs a fruit and veg shop.

Data that the Welsh government and its scientists are poring over suggests a second wave in Wales could peak at Christmas.

It has been a gloriously sunny day in the Welsh valleys, unseasonably so. But it’s the winter to come that has everyone here under a cloud.