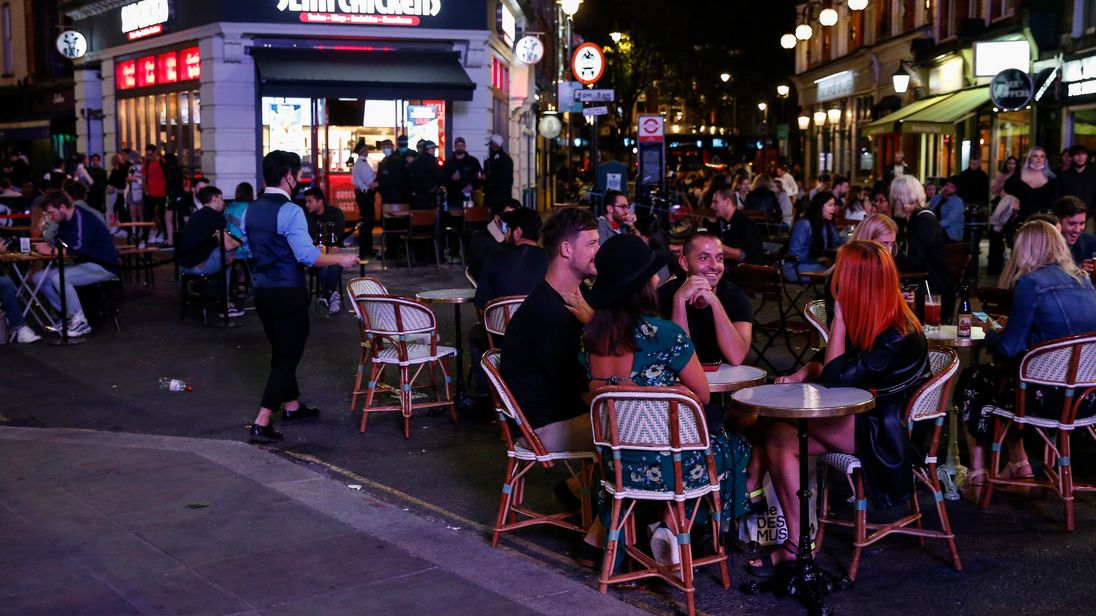 New modelling has reportedly shown London is only two or three days behind coronavirus hotspots in the North West and North East.

Sources close to London mayor Sadiq Khan say the city is catching up with these areas, which have been placed under new controls.

Data from only a few days ago suggested the capital was two weeks behind the North West and North East.

Mr Khan is urging ministers to extend the latest regional restrictions – including bars and restaurants to close at 10pm – to cover London as well.

He is also said to be looking at the possibility of asking those who are able to work from home to do so.

A mayoral source said: “It’s clear that cases in London are only moving in one direction. We are now just days behind hotspots in the North West and North East. We can’t afford more delay.

“Introducing new measures now will help slow the spread of the virus and potentially prevent the need for a fuller lockdown like we saw in March, which could seriously damage the economy once again.”

Several areas in the North West and North East are currently under tighter lockdown restrictions following a surge in cases.

On Friday, the mayor said it was “increasingly likely” that tougher restrictions would soon also be needed in London to slow the spread of the virus.

Coronavirus cases have been increasing in many London boroughs, although none have yet been placed on the government’s watchlist as areas of concern.

Some 2,289 new cases were confirmed in the capital in the week to 11 September, compared with 1,822 the previous week.

Typically, the government steps in and enforces stricter measures when infections hit 40 per 100,000.

By comparison, the latest figures show that 546 new cases were recorded in Bolton in the seven days to 14 September – the equivalent of 189.9 per 100,000 people.

But Mr Khan has signalled he is keen to impose new restrictions early to avoid a full lockdown.

“I am of the firm view that we should not wait, as happened six months ago, for this virus to again spiral out of control before taking action,” he said.

The London mayor is also set to hit out at the government, which he says has “catastrophically let down” the public during the pandemic.

In a speech at a Labour Connected virtual rally on Sunday, he will say: “We’re now bracing for a second wave – but still without a functioning test, track and isolate system – which is making another lockdown ever more likely.

“This isn’t an accident or coincidence. It’s not a quirk of geography or weather. It’s happened because of the sheer incompetence of our government.”