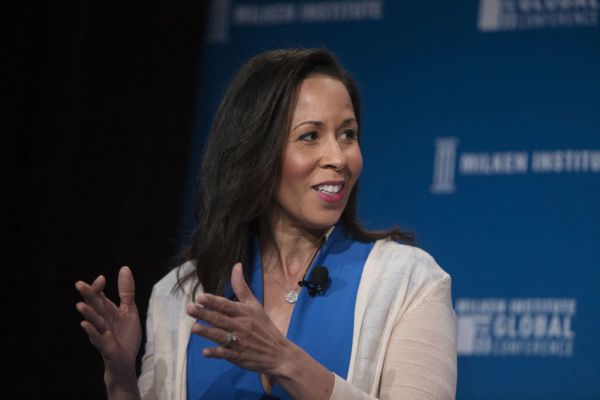 Facebook’s board is undergoing its biggest shakeup in memory. On Friday, the company announced that Peggy Alford would be nominated to join the company’s board of directors.

“Peggy is one of those rare people who’s an expert across many different areas — from business management to finance operations to product development,” Facebook CEO Mark Zuckerberg said of the change. “I know she will have great ideas that help us address both the opportunities and challenges facing our company.”

Alford, currently Senior Vice President of Core Markets for PayPal, will become the first black woman to serve on Facebook’s board. She previously served as the Chief Financial Officer of the Chan Zuckerberg Initiative, Mark Zuckerberg and Priscilla Chan’s massive charitable foundation.

Facebook announced some serious departures along with the news of Alford’s nomination. Longtime Facebook board members Reed Hastings and Erskine Bowles will leave the board, marking a major shakeup for the board’s composition. Both Hastings, the CEO of Netflix, and Bowles, a former Democratic political staffer, have served on the board since 2011. Both men have been critical of Facebook’s direction in recent years. Hastings in particular has clashed with fellow board member Peter Thiel over his support for the Trump administration.

Alford’s nomination will come to a vote at Facebook’s May 30 shareholder meeting.

“What excites me about the opportunity to join Facebook’s board is the company’s drive and desire to face hard issues head-on while continuing to improve on the amazing connection experiences they have built over the years,” Alford said of her nomination. “I look forward to working with Mark and the other directors as the company builds new and inspiring ways to help people connect and build community.”