Well, sort of. McLoughlin is a co-host of a podcast that encourages D&D enthusiasts, and, in her words, re-creates the experience of playing with your friends. McLoughlin is also a podcast consultant, teaching others how to grow and actually make money from the niche and personal podcasting world.

McLoughlin can speak as an authority on podcasting for a living because she gets her paychecks from both consulting and her own podcast revenue. Central to that success is Patreon.

“Every person is making a jigsaw of ways they can cover their rent,” McLoughlin told Mashable. In addition to speaking gigs, ads, and consulting, “Patreon is really the safety net, or the one thing you can depend on.”

Patreon is a payment platform, founded in 2013, that allows fans to financially support podcasters, writers, artists, or other creatives with both regular and one-time contributions. It is a contemporary, digital take on the old school idea of artistic patronage, in which benefactors would provide the financial support for creatives, so that they could make their art.

On Wednesday, Patreon announced that it had grown its base of users to over 3 million
“Patrons” supporting creators each month.

Additionally, the company says it is on track to surpass $1 billion in total contributions paid out to creators in 2019 since its founding in 2013. That growth has been exponential; more than a half of that billion will be paid out in 2019 alone.

Conte co-founded Patreon after his personal frustration with making money as an artist online — particularly, from YouTube — reached a fever pitch. In 2013, Conte poured his savings, time, and creative energy into a music video for his band, Pomplamoose.

The technically advanced and intricate video garnered millions of views. But it only netted him less than $200 in YouTube advertising revenue.

“I looked at my fans who were freaking out, they loved it, they loved this video, it was the best thing I ever made,” Conte said. “I went crazy on this video. And I just didn’t buy it. I didn’t buy that it was only worth $160 bucks. It felt like the equation was broken.”

Soon after the release of Conte’s video, he approached his friend (and future Patreon co-founder) Sam Yam to begin working on a model that would allow fans to pay the artists they loved directly. In its infancy, that meant sending a few hundred thousand dollars to creators.

Now, a little more than five years later, more than 100,000 “creators” (people producing content on the web) use Patreon to support themselves. Conte himself still creates a new music video every week, and makes about $3,400 from his 992 patrons for each video he makes.

The average Patron gives $12 per month to the artist or artists they’re passionate about, according to a Patreon spokesperson. Monthly donations of $10, $5, or even $1 per patron are common, and comprise what some creators described as their “bread and butter” donors.

What that results in is a guaranteed once-a-month paycheck for artists — whether a supplemental $100, or thousands of dollars — which is a source of dependable income that’s hard to come by as an artist, especially in an economy in which so many “creators” work for free.

“All of a sudden something that was hard to explain was really easy to capture,” said Dixie De La Tour, who hosts a sex storytelling podcast. “Patreon is kind of reinforcing the idea that when we’re creating stuff, we can’t do it unless people support us, and now they know how to support us.”

However, Patreon is just one entrant into the bustling crowdfunding industry. As the digital incarnation of the already rose-tinted proposition of patronage, Patreon has had the reputation of a niche community of idealism; the even crunchier cousin of the already progressive Kickstarters of the world.

Kickstarter, Indiegogo, GoFundMe, and others have helped popularize the idea that people can directly influence whether a product or idea becomes reality. By contrast, Patreon is less about one-off project funding, and tends to lean toward more regular support of smaller amounts. It’s more about investing in people than projects.

Kickstarter, is, in fact, bigger business. Over 16 million project backers have sent over $4 billion to Kickstarter projects in the nearly 10 years it’s existed.

But if Patreon maintains its user and donation growth as it matures, once it’s a 10-year-old company, it could put up similar numbers. It has also entered into partnerships with Reddit and the chat app Discord to help further integrate Patreon into fan communities. And its third annual PatreCon in December drew hundreds of creators from around the country.

“It’s hitting mainstream,” De La Tour told Mashable. “I would say ‘Patreon’ before, and I’d get the side eye, like what’s that weird artsy thing you want me to give you money on? And now people are like, oh yeah, sure.”

Of course, the model does not work for every artist hoping to find and make money from their fans. Gary Johnson, a music producer, came to PatreCon hoping to learn some new tricks to actually start turning a profit from the platform.

“We’ve been doing Patreon for about a year, and we cannot grow, it’s not working, we’re going to run out of time and money,” Johnson said. “We just really want to work out what other people are doing that we’re not doing, or what they’ve tried that we haven’t tried.”

Johnson’s struggles speak to one of the problems other creators expressed at the conference: that until an artist’s Patreon really gets going, it is a ton of work, with very little payoff. That’s especially true if you’re a smaller artist without a dedicated social media following. Without the proper reward tiers, communication with fans, and — most importantly — compelling artistic work, just having a Patreon is not a guarantee that an artist will be able to turn a meaningful crowdfunded profit.

The platform has a few other challenges. De La Tour and another sex podcaster, Sunny Megatron, have been struggling with how to continue using Patreon in the wake of the restrictive FOSTA-SESTA legislation, which makes platforms like Patreon legally liable for supporting sexual content on its platform. The process to work out how to support creators of all stripes, while limiting liability and abiding by the law, is ongoing.

Additionally, Patreon made headlines last year when a change it made to its fee structure prompted patron and creator backlash. It shifted fees to patrons, rather than creators — which caused some patrons to leave their creators high and dry.

I have lost about 30 patrons today, @Patreon. That’s not insignificant. I need you to fix this.

Then, surprisingly, Patreon reversed the new policy. That decision to listen to community feedback and make a change actually ended up endearing Patreon to its users, and teaching the company what Conte said was a valuable lesson about what makes Patreon unique.

“When Patreon did the hiccough with the change in the revenue model, I was so psyched the way you guys took the feedback, took the hits, rolled with it, and said hey, we screwed up, we’re going to go back to this,” Keith Knight, an illustrator who uses Patreon, said in a company round table at PatreCon. “I’ve never seen that happen before.”

Conte said that the revenue switch showed the company that Patreon should allow creators to totally own the relationship with their patrons. It also helped crystallize that Patreon’s role was to help empower that communication without overdetermining it.

“This is the one platform where it feels like I am the user it was designed for, and not like I am hacking YouTube or RSS feeds for podcasts or other platforms to try to cobble together a Frankenstein’s monster of features,” McLoughlin said. “This is meant exactly for the thing that I need.”

Further, it showed that, in order for Patreon to continue to be successful, it needed to make changes with the day-to-day functions of its creators in mind — not just the business as a whole.

“Every other platform is run by people who aren’t actual users of their platform,” Conte said. “I want to be a creator. And I want to stay connected to our creators. I still want to feel the burn.”

As with YouTube stars and Instagram influencers, speaking with Patreon creators at their conference showed that Patreon is not an automatic goldmine, nor is it even usually a substitute for a full time job. It is, most frequently —and with a lot of work and effort — a financial supplement for a modern class of creatives who are seeking support online.

But for a group of people, many of whom said at PatreCon that they can’t imagine doing anything else — who wait for the day that they, too, can quit their day job — even a few dollars can mean a lot. The donations embolden creators to help recognize that their work has value, and encourages them to keep creating.

“Forever, I was forced to tell my ideas to scurry away,” Henry said. “With Patreon, it’s like, hey, you guys are safe.”

Plus, it really does help pay the bills. 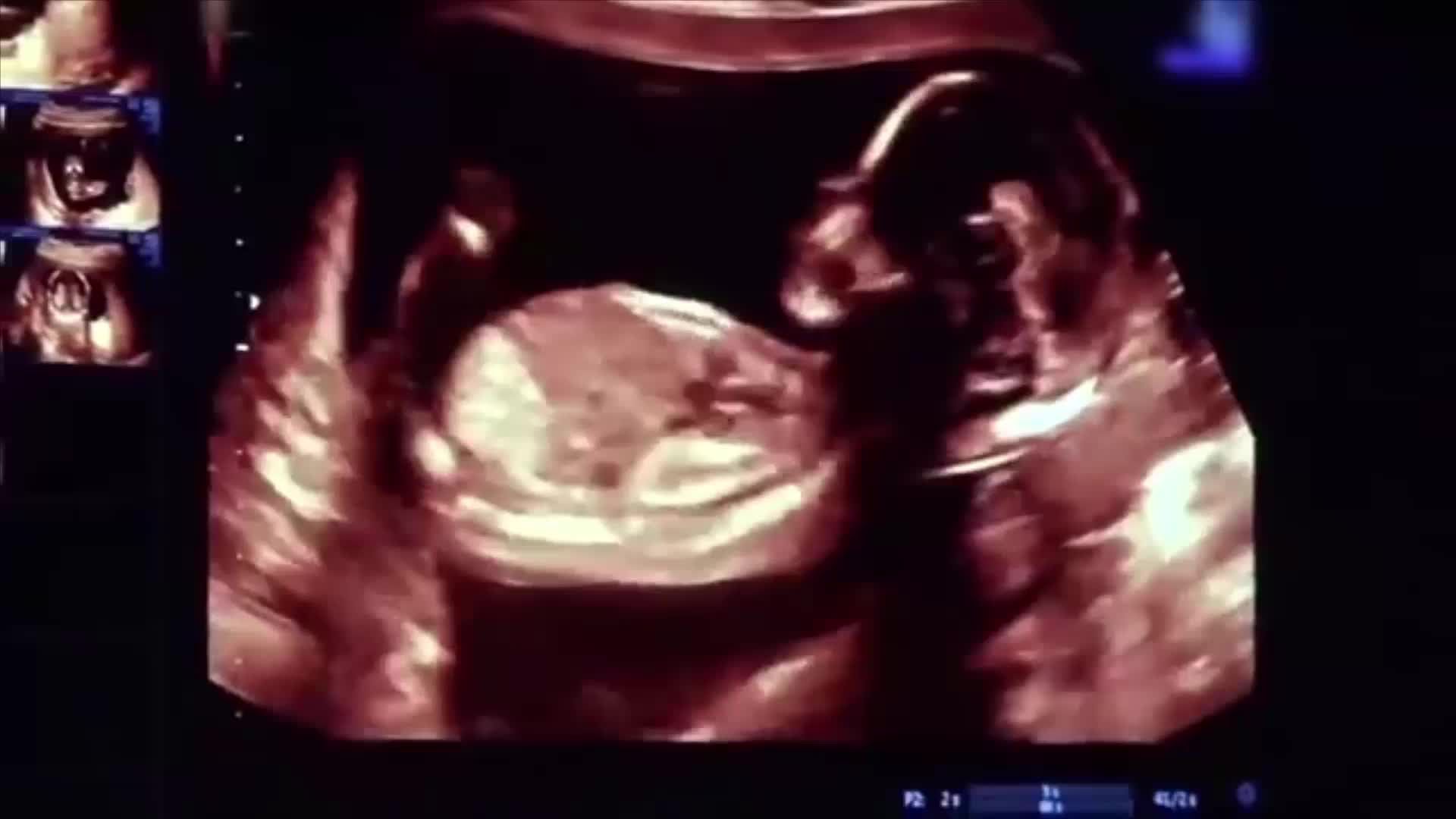 The 10 best Xbox bundle deals in the UK