CES is, and I cannot stress this enough, the absolute worst.

The annual Las Vegas-based tech fest is notorious for wearing attendees down to the bone. You arrange days full of appointments only to discover you’re rushing back and forth between casinos that can be miles apart. In January, Sin City is super chilly, and thousands of attendees flying in from around the world means this is in effect a confab of the northern hemisphere’s most unusual cold and flu viruses. And yet, everyone keeps wanting to shake hands. Never in my life, outside a hospital, have I heard so much coughing in corridors.

To this stress-inducing plague pit, Team Mashable added one more element: a meditation game. I’d inaugurated this idea two years ago with a bracket contest known as March Mindfulness. A headset called the Muse reads brain activity via electrodes. Once it has established a connection (the longest part of the whole process) and noted your baseline brain activity with eyes closed in a calibration session, the Muse is ready to read your mind. The lower its activity, the more the Muse app plays the sound of birds. You get one bird for every five consecutive seconds of calm. Our tongue-in-cheek tournament, designed to get competitive types interested in the benefits of meditation, pits bird scores against each other.

For the launch of its Muse S headband — a new fabric-based version designed to help you fall asleep as well as meditate — I moderated a miniature version, a kind of January Mindfulness, between Mashable’s kickass CES editorial crew. Six of them had flown in, from both coasts: Karissa Bell and Sasha Lekach from my town, San Francisco; Jess Joho and Rachel Kraus repped the City of Angels; while Brenda Stolyar and tech editor Keith Wagstaff brought the New York state of mind to this ultimate test of cerebral fitness.

None are regular meditators, and Vegas has to be just about the hardest environment on planet Earth to meditate in. So we kept it simple. Instead of a five-minute session, as in March Mindfulness, we’d do a mere two. Instead of a knockout tournament, we opted for more forgiving rules: The winner would be the reporter who was most able to improve their bird score over three days at CES.

The Canadian company behind the Muse, Interaxon, generously offered a $5,000 check to the chosen charity of the winner. It seemed, so to speak, a no-brainer. Little did I know how much cat-herding would be involved. Or how hard it would be getting our hard-pushing team, at a conference spread across an entire city, to sit down in the same place for even two minutes at a time.

Day One: The first flaw

For once, the entire team happened to be in one place at Pepcom, an evening mini-trade show that precedes CES’ official opening. Just not at the same time. Sasha arrived and left early to cover a Mercedes press conference. The rest had been appropriately lubricated by Pepcom’s open bar. It was time to discover if alcohol was a performance-enhancing substance when it comes to meditation.

I dragged the team to the only vaguely quiet public location for a mile around: a coffee shop inside the Mirage. One mass-unboxing of Muse S headbands later, everyone had their devices on and connected to their phones. Even in a room full of the devices, the Muse app did a surprisingly good job at sorting through the Bluetooth signals and identifying its owners’ headbands correctly.

Calibration, however, was less successful. Muse devices have long had problems for users with long hair, which makes sense. The electrodes need to be able to read the skin around your ears as well as your forehead. Previous versions of the Muse used little rubber hooks behind the ears; the hope was that the headband would be easier to cinch tight.

However, the headband gave us a first for competitive meditation. A player simply wasn’t able to participate because she could never get the app to read all electrodes no matter which version of the headband she tried. That participant was Brenda, who would keep trying and failing to connect for the next two days and blaming the whole thing on the shape of her head. (For the record, it doesn’t look unusually shaped.)

Luckily, Keith was able to make up the New York shortfall with an impressive 16 birds in his first two-minute session. No one else came close, and it didn’t seem to matter whether you wore headphones or listened directly to your phone’s audio. Jess got 6 birds, Rachel and Sasha 5, while Karissa’s highly active mind produced just one bird. But this contest was all about improving your bird score day on day. Clearly, there was a lot left to play for. 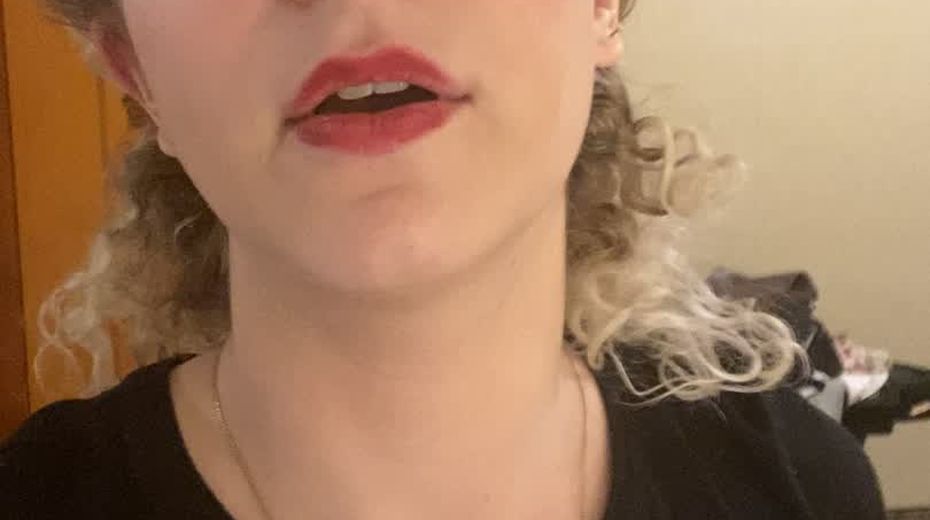 Some 24 hours of CES later, most of the team came to their evening meditation directly from a bizarre, dystopian Westworld gathering that messed with their minds by stalking their social media. Not ideal circumstances for mental calm, but they plowed gamely on with the experiment anyway.

Sasha, Rachel, and Keith opted to conduct their meditation sessions over margaritas and guac at Diablo’s Cantina, a south-of-the-border restaurant inside a giant black Egyptian pyramid. Keith was unfazed by the samba music or the waiter coming by to tell us the kitchen was closing during his meditation, but Rachel and Sasha discussing stories they had to write spiked his brain activity. He managed 14 birds, two fewer than the previous day. Sasha’s score declined by two also, while Rachel held steady at 5.

Meanwhile, Karissa had caught a CES allergy/bug and opted to turn in early and meditate in her PJs. It didn’t help her calibration, which took 20 minutes of headband adjusting, or her score (again, just one bird). Jess, meanwhile, became the only member of the team to see any improvement. Her score jumped from 6 to 9, putting her in a comfortable lead.

She also happened to be the only member of the team to take advantage of Pax, a cannabis vape company, which was passing out samples of its new Pax Era Pro pods here in recreationally legal Nevada. Coincidence?

The boss level of a video game is the final round where you meet a large and overmatched enemy. The boss level of competitive meditation is where you literally meditate in front of the boss — in our case, Mashable editor-in-chief Jessica Coen, who had flown into Vegas for meetings the previous day.

Over beers and snacks at a noisy Irish pub, we conducted the third and final two-minute meditation sessions. Surprisingly, under these more trying circumstances, the game saw two major score improvements. Keith went from 14 birds to 19, meaning he had the largest overall bird score. But Rachel kicked ass with the single greatest improvement of the contest, from 5 birds to 16.

Jess, determined to prove that her previous score boost had nothing to do with the free weed samples, lost six birds instead. Sasha and Karissa both collapsed, with zero birds. And that left Rachel the winner, and the Cystic Fibrosis Foundation $5,000 richer. 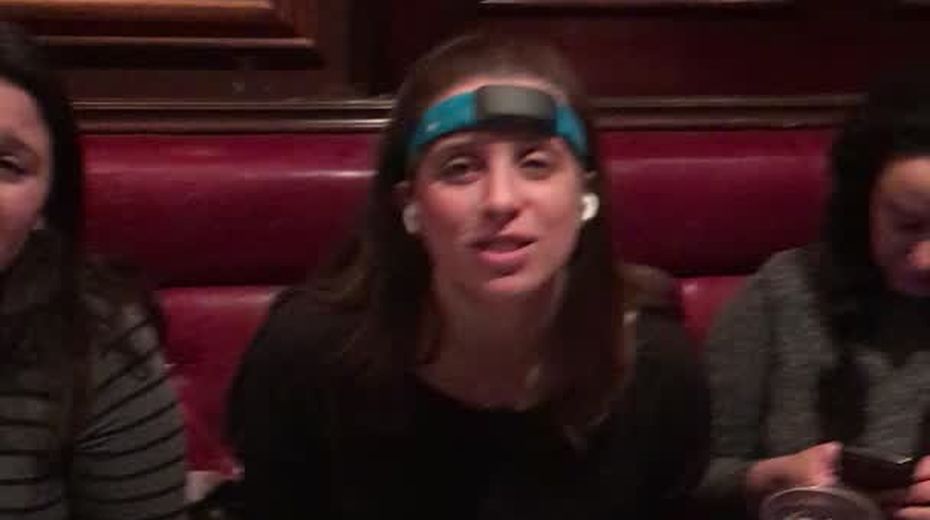 A coda to the contest: Sasha was determined to keep on Musing, and her scores improved dramatically (to as many as 21 birds) when she realized the calibration period was not supposed to be spent meditating. This turned out to be a common problem among our CES crew. The soothing voice of the Muse app tells you to let yourself experience “whatever you’re experiencing right now” and to “think of this as a time to just be” during that one minute of establishing your baseline brain activity. That, of course, isn’t the same as simply saying “don’t meditate.”

So there we have it: The new Muse S headband was more comfortable than its predecessor for some, and unusable for Brenda. The headband connects surprisingly fast, but its app could be clearer and faster about its calibration process. CES and Las Vegas are even tougher locations for competitive meditation than you might expect. Roll on the far easier March Mindfulness 2020, where simple head-to-head Muse contests will take place in quiet and generally virus-free rooms.

Best VPNs for staying anonymous in the UK: Stay hidden in 2020

These Louis Vuitton-branded earbuds are more expensive than an iPhone