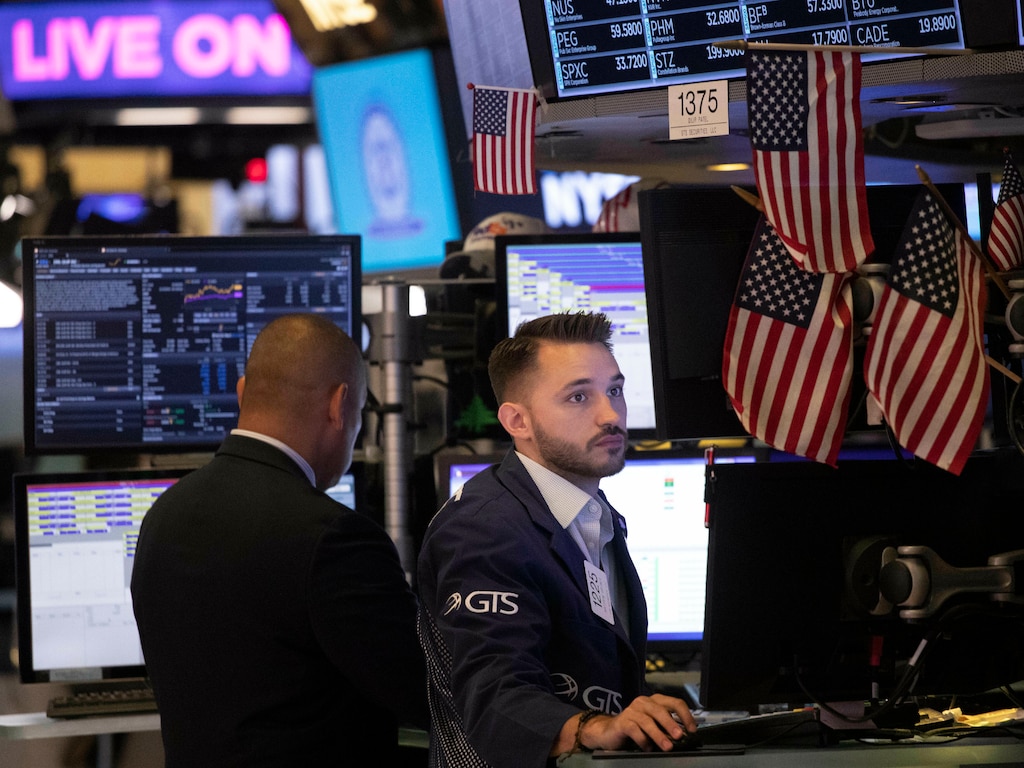 US stocks slipped from record levels on Friday after a stronger-than-expected jobs report dimmed expectations that the Federal Reserve will cut interest rates later this month.

All the three major indices had rallied to record highs during a shortened trading session Wednesday ahead of Independence Day.

Here’s how they closed on Friday:

A report from the Labor Department showed that employers added 224,000 nonfarm payrolls in June, rebounding from an unexpectedly weak showing in May.

The robust gains prompted traders to review their expectation that the Fed will cut interest rates to support the economy. According to the CME’s FedWatch tool, the market still priced in a 100% probability of a cut in July. But the odds of a 50-basis-point reduction fell while those of a cut by 25 basis points rose.

“Fed watchers hoping for evidence for deeper rate cuts will likely be disappointed by this report which shows a relatively healthy labor market,” said Daniel Zhao, a senior economist at Glassdoor, in a note Friday.

Within the S&P 500, here were the biggest losers:

Shares of Electronic Arts declined for a second-straight session as investors doubted the competitiveness of the second-season launch of “Apex Legends.”

IPG Photonics pared gains after having its best day in four months on Monday.

And here were the biggest gainers:

Nordstrom rallied as data from Prodco Analytics showed that traffic declines at apparel retailers moderated in the week ahead of Independence Day.

After a strong jobs report, Wall Street expects a smaller rate cut from the Fed in July

HQ Trivia lays off 20% of staff ahead of HQ Words subscription: report