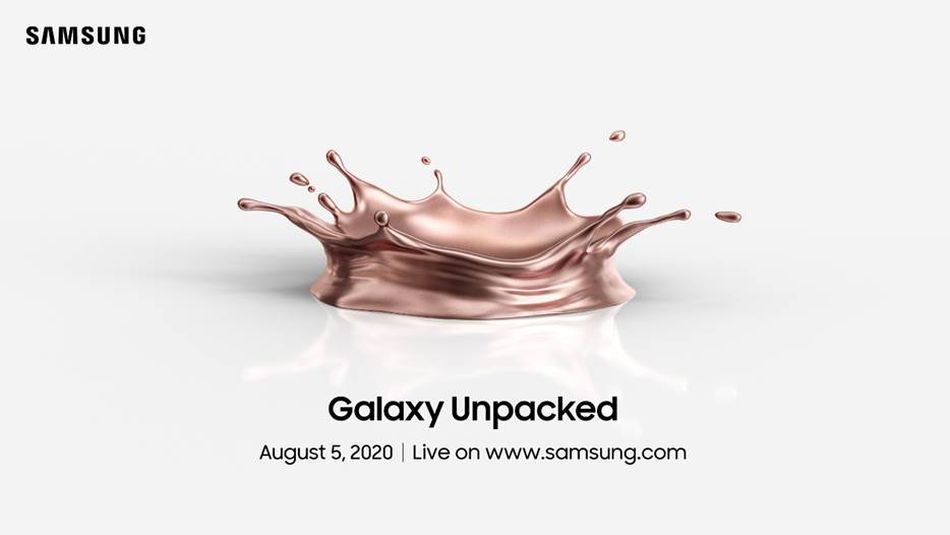 The invites for Samsung’s Galaxy Unpacked 2020 event have officially been sent out. And, it comes as no surprise that it’ll be held virtually this year. You know, due to the pandemic still going on and everything.

As you can see from the invite Mashable received above, the event will be held on August 5 at 10 a.m. ET.

Samsung remains tight lipped on exactly what will be announced at the event. But let me put my detective skills to the test here.

Based on the company’s track record, it always reserves its next-generation Note reveal for the second half of the year. And, that bronze splatter pictured above looks awfully similar to the Galaxy Note S20 Ultra that was leaked a few days ago in … Mystic Bronze.

There aren’t very many details about the rumored Note refresh, but it could include a 6.9-inch, 120Hz display, and a 108-megapixel rear camera. If that also sounds awfully familiar, it’s because Samsung’s Galaxy S20 Ultra has the same specs.

Last month, well-known leaker Jon Prosser tweeted about the Galaxy Note 20 — not the Note 20 Ultra. Seeing as how he was also spot on about the date of the Unpacked event, it’s highly likely he’s correct about some of this other stuff, too.

Devices will launch on August 20th

Another leaker, known on Twitter as Ice universe, tweeted about the Note 20 just last month, indicating that it would have a flat screen instead of Samsung’s signature curved edges.

Aristotle said: The earth is round.
Icecat said: Samsung Galaxy Note20 is flat.

So, it’s unclear whether the company plans to unveil both the Note 20 and the Note 20 Ultra at its Unpacked event. Considering the company did launch the Galaxy S20 and S20 Ultra together at the beginning of the year, it wouldn’t be surprising.

But that’s not all Samsung apparently has in store. In addition to the Note 20, Prosser also claims Samsung will announce a few other phones, including the Fold 2 and Z Flip 5G. He also said these devices will officially launch on August 20.

As for what to expect regarding the Fold 2, a report by SamMobile says it’ll be a lot more affordable than the $1,980 first-generation model. The lower price point could partially be attributed to the fact that it’ll be available in a 256GB version rather than 512GB of memory like the first model.

But leaker Max Weinbach tweeted that, other than a new chip, all specs remain the same. He did point out that it might just be a little thicker and taller than the current Z Flip.

It’s 0.5mm thicker than the current flip and 0.1mm taller. It uses a new chip but every other spec is exactly the same.

Basically, this is what the Flip should have been when it launched but it wasn’t so at least we have more pricing options. https://t.co/8tVJ8MOodO

However, it’s important to note this is all speculation at this point, so we shouldn’t get too excited yet. Thankfully, August 5 is less than a month away so we won’t have to wait too long to find out.