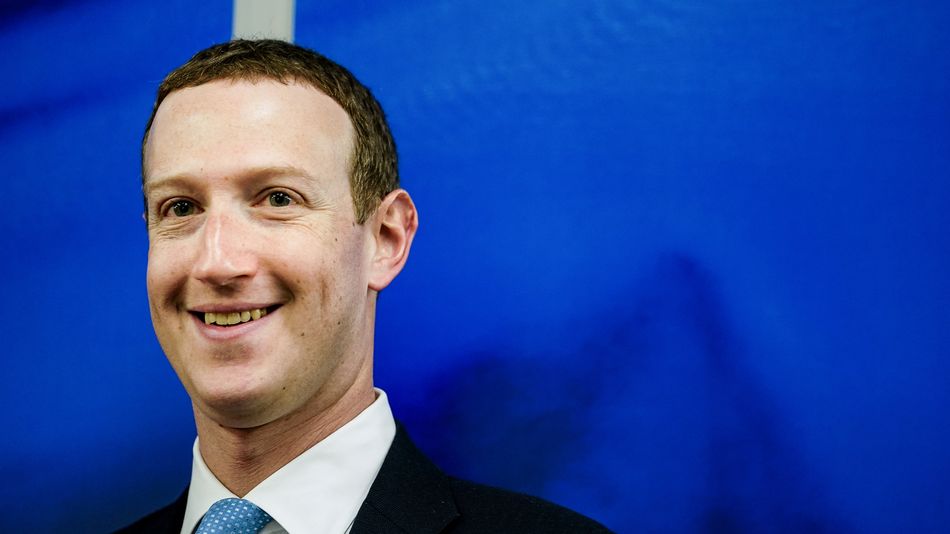 Facebook’s 2019 Federal Trade Commission settlement might go down in history as the most expensive Get-Out-Of-Jail-Free card ever.

The state of Rhode Island is suing the social media giant in a bid to force Facebook to turn over documents related to the head-turning $5 billion FTC payout. While the inciting incident was the charge — following the Cambridge Analytica scandal — that Facebook lied to its users about their privacy, at issue for Rhode Island is the size of that monumental payment. The state, which owns Facebook stock, suggests in the suit that the company substantially overpaid the FTC in a bid to get Mark Zuckerberg personally off the hook.

And just how substantially are we talking about? The suit mentions that Facebook, in a 2019 filing with the SEC, disclosed the possibility of $3 billion in liabilities. In other words, in Rhode Island’s mind, Facebook may have intentionally overpaid around $2 billion.

The lawsuit, picked up by Bloomberg Law, was originally filed on Feb. 12, but was only made public in redacted form on Feb. 17. It pits the Employees’ Retirement System of Rhode Island against Facebook in a Delaware court.

“Rhode Island seeks to evaluate the fairness of the agreement that the Company ultimately struck with the FTC,” reads the suit.

In order to do so, the state wants access to a host of Facebook documents covering the company’s negotiations with the FTC over the $5 billion settlement.

If you remember, the settlement was hailed at the time as “record-breaking and history-making” by the FTC. However, if Rhode Island’s suspicions are correct, it may turn out to be history-making for reasons other than just its size.

“On July 22, 2019, The Washington Post reported that Facebook had agreed to pay the FTC a record-setting $5 billion fine, which was ‘more than it believed was required[,] in a bid to assuage regulators and win other concessions from the feds,'” notes the lawsuit. “The most critical concession: a lack of personal consequences for Zuckerberg.”

Essentially, Rhode Island — which has stock in Facebook as part of its retirement fund — thinks the company did a disservice to its shareholders in order to protect Zuckerberg from liability. This idea isn’t exactly far-fetched. At the time the settlement was announced, Senator Josh Hawley of Missouri shared his disappointment in a public statement.

Sen. Hawley wasn’t the only one who thought the settlement was off.

“For a mere fraction of Facebook’s annual revenues, the FTC has given Facebook and executives like Mark Zuckerberg and Sheryl Sandberg blanket immunity for violations of the law that we know about, and even for potential crimes that are still unknown,” wrote Senator Ron Wyden in a July statement. “That sweetheart deal is especially weak, given revelations over the past year about Facebook abuses that I fear have not been thoroughly investigated.”

Notably, in its lawsuit, Rhode Island cites contemporaneous media reports detailing a supposed “red line” that Facebook’s legal team was unwilling to cross: those aforementioned personal repercussions for Zuckerberg himself.

But, according to those same reports, Facebook’s negotiators treated personal consequences for Zuckerberg as a red line. In settlement negotiations led by [then Facebook general counsel Colin Stretch], Facebook ‘steadfastly opposed placing Zuckerberg under order, including during meetings with commission negotiators starting last year. The tech giant’s internal briefing materials reflected its willingness to cease settlement talks and send the matter to court, if necessary, to protect their executive from one of the most severe penalties the FTC could levy on him directly.’

Because when you’re the head of a multi-billion dollar corporation, you definitely shouldn’t have to personally answer for your company’s past mistakes. If ensuring that just so happens to be bad for the company or the shareholders… well, too bad.

“Here, despite the serious conflict between Zuckerberg’s interests and those of the company, Facebook’s Board of Directors failed to ensure a fair process of a fair allocation of punishment between Zuckerberg and the Company,” continues the lawsuit.

We reached out to Facebook for its take on Rhode Island’s claims and the company, unsurprisingly, let us know it doesn’t see much there.

“After months of negotiations, we reached an agreement with the FTC that is in the best interests of the company and our community,” wrote a Facebook spokesperson. “We believe this suit is without merit.”

It’s unclear whether or not Rhode Island will win access to the documents it currently seeks. However, should the state prevail, we might finally be able to put a firm price tag on Facebook’s willingness to shield its founder and CEO from ever having to personally deal with the messes he’s made.