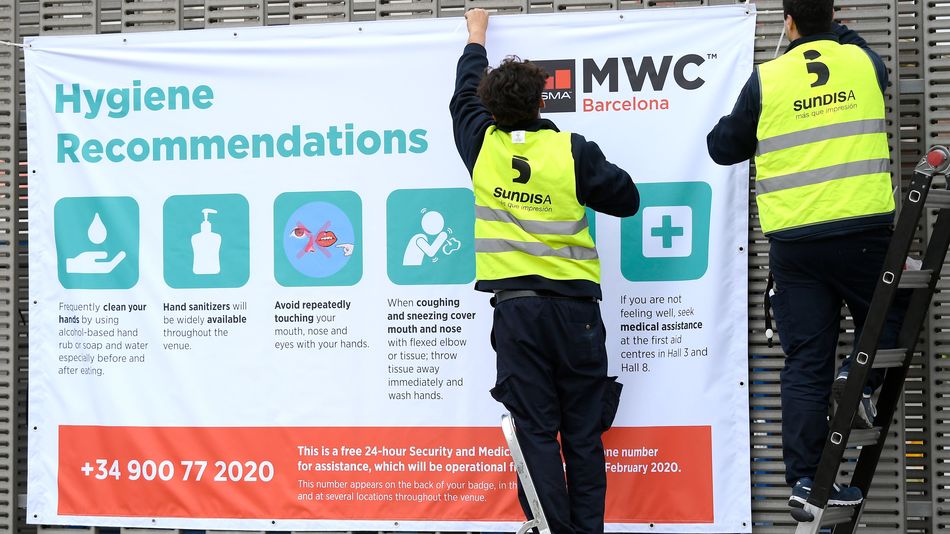 The world’s biggest annual phone show has been called off due to concerns over the coronavirus, according to an email from GSMA CEO John Hoffman obtained by . GSMA is the mobile industry organization that runs MWC.

The event was already in shambles as Facebook, Sprint, Cisco, AT&T, BT, Nokia, Vodafone and Deutsche Telekom all they were pulling out of the event just today. These companies joined Amazon, Ericsson, LG, Nvidia, Sony, TCL, and ZTE which had all said they were no longer attending the event due to coronavirus fears.

The coronavirus, which originated in Wuhan, China, has over 45,000 people so far. More than 1,100 have since died from the outbreak and over 25 countries are now reporting cases of the coronavirus.

GSMA had insisted the event was still on as of early Wednesday. However, in the email canceling this year’s MWC, Hoffman claims the coronavirus outbreak has made it “impossible” to move forward. GSMA had previously attempted to curb fears by taking protective measures for this year’s event, like banning people from the Hubei province in China from going to the event. It had also urged vendors and attendees to take certain hygiene precautions, such as advising against shaking hands.

MWC, which was set to take place between Feb. 24 and 27 in Barcelona, is a massive industry trade event which typically features many Chinese mobile phone manufacturers.

The event cancellation could result in a loss of $492 million euros, which is what MWC was projected to bring to the local Barcelona economy. The show typically more than 14,000 jobs as well.

WhatsApp has more than 2 billion users

Huawei denies U.S. intelligence claims of backdoors in its network