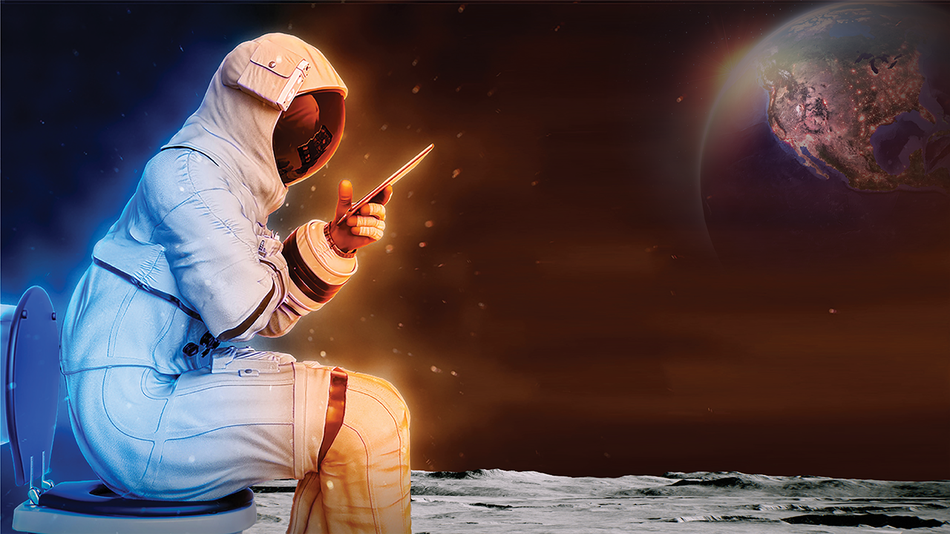 A newly launched lunar loo challenge is asking those who are interested to redesign a toilet for the Moon that works in both lunar gravity and microgravity. NASA expects to return humans to the celestial orb in 2024 as part of the Artemis program.

Working with the challenge platform HeroX, NASA is on the hunt for the best lunar, ahem, throne. A $35,000 prize awaits for the top three technical designs. Winners also get to consult with NASA engineers about their designs. NASA’s Human Landing System (HLS) program wants to improve upon the space bathroom options already used at the International Space Station with a next-gen design that’s smaller and more efficient. The toilets will be used on lunar landers.

The challenge isn’t just replicating a terrestrial toilet; it also requires careful consideration of how and where the moon toilet will be used. The challenge guidelines list not only size and weight requirements, but decibel limits and ease of cleaning. It has to work for both men and women, and handle “simultaneous urination and defecation.” The bathroom system also needs to be prepared for what NASA calls a diarrhea “event.”

The lunar loo has to also be prepared for when shit hits the fan, literally. If there’s a system failure, astronauts can’t be exposed to a vacuum or any waste.

For anyone under 18, the best poop-filled ideas will be considered for a Junior category award and NASA recognition. That’s some stinky bragging rights.