T-Mobile has the best millimeter-wave 5G coverage we’ve seen yet.

Thanks to a dense network of cell sites throughout Manhattan, the UnCarrier can supply 5G speeds that average around double its 4G speeds in much of the borough, with continuous coverage that beats what we’ve seen from Verizon in Chicago or AT&T in Dallas.

That doesn’t mean you should rush out to buy a T-Mobile 5G phone. The company’s 5G strategy leans heavily on two pillars that haven’t been built yet: its low-band “nationwide” 5G network, and its potential merger with Sprint. Neither form of network is supported by its first 5G phone, the $1,299.99 Samsung Galaxy S10 5G, which only supports a form of millimeter-wave 5G that T-Mobile will have in about 10 cities.

T-Mobile’s issue is that Qualcomm’s first-generation 5G modem, the X50, doesn’t support its three-pronged 5G strategy. That will change towards the end of the year, when the first phones with Qualcomm’s more flexible X55 modem appear. I anticipate the first one will be the Samsung Galaxy Note 10.

A Need for Spectrum, for Speed

In terms of actual consumer experience, the most impressive thing I saw here was actually the floor. Carriers hate to talk about floors, but consumers complain about floors much more than they complain about peaks. Consumers don’t want 960Mbps occasionally. They want 10Mbps everywhere, and the 5G boost really helps T-Mobile here.

(In tests right now we’re not talking about uploads or latency, because they’re still running on 4G. We’re going to see 5G uploads soon, but not today.)

That got me to thinking about some uses for relatively slim bandwidths of 5G. T-Mobile is basically using it here as a capacity enhancement; it’s giving us the speeds we had hoped to expect from 4G, where 4G is overcrowded. (In our Fastest Mobile Networks tests this year, it looked like T-Mobile was struggling with a little bit of network saturation after years of fast growth.)

Even with relatively slim bandwidths, the extremely low latency of 5G may create some transformative applications in the future. I’m thinking about how OnePlus’s CEO Pete Lau told me about leaning more on streaming data rather than local storage. In a lot of cases, you don’t need more than 50Mbps for that, but you need a reliable 50Mbps. It’ll probably be another two years before we see those applications, though, because the current “non-standalone” 5G equipment leans on 4G LTE to set up its connections, and so it shows 4G LTE latencies.

On the Lower East Side of Manhattan, I was able to walk more than a mile without consistently losing millimeter-wave 5G signal. That’s a really big deal. When I’ve tested Verizon’s network in Chicago, it has been disconnected little two-block bubbles with big gaps between them.

But whoo, look at the map of that walk. If I believe CellMapper.net, it took seven T-Mobile cell sites to cover my mile. Seeing where I got the relatively few dropouts on this walk, I’m estimating that each site had about a 600-foot radius, similar to what I saw with Verizon in Chicago.

Compare that to Sprint in Dallas, which was able to cover an 0.6-mile radius with one mid-band cell site.

This just shows that any carrier that wants to do citywide millimeter-wave coverage right now is going to have to use a heck of a lot of little cell sites.

How is T-Mobile pulling this off in New York when a giant like Verizon can’t do it in Chicago?

Way back in the prehistory of wireless, there was a company called Omnipoint. Omnipoint had a teensy, weensy 10MHz of spectrum across New York City for GSM phones. GSM is inefficient and that spectrum would have gotten filled up very quickly, so Omnipoint set up a network of relatively small, dense cells across New York to reuse the spectrum every few blocks. In 1999, Omnipoint merged with Voicestream to become T-Mobile, and importantly, T-Mobile didn’t give up all of those little cell sites. It’s had them all for 20 years.

The Omnipoint cell sites also tend to be on lower buildings than many other 4G sites, making them perfect for millimeter-wave. Millimeter-wave’s short range means it can’t be broadcast from too high up, or it will have relatively little coverage on the ground.

In Chicago, on the other hand, Verizon needed to make a deal with the city to set up new sites on light poles. It’s a lot of new building. That’s what we’re seeing with most millimeter-wave setups, in most places.

There’s a hot conversation in the 5G world right now around the need for more mid-band spectrum, which has more reach and better indoor penetration. Right now, the military and a group of private foreign satellite companies called the C-Band Alliance are sitting on a lot of the spectrum in the 3-7GHz range, which is what most of the rest of the world is using initially for 5G.

With its gigantic available bandwidths (800MHz or more, after a few more auctions), millimeter-wave is definitely going to play a role in delivering multi-gigabit connections to places like sports stadiums, campuses, and even homes. (It’s complicated, but the geometry of a fixed-wireless home internet solution is different from a lot of little phones skittering around on the street.)

But for citywide coverage, it’s looking like we’re going to need either more mid-band, or a heck of a lot more cell sites. This is part of T-Mobile’s argument to merge with Sprint, of course: the combined company would have millimeter-wave, mid-band, and low-band spectrum.

Indoors coverage has been one of millimeter-wave’s challenges. In the future, that’ll be handled a bunch of different ways. I think a lot of businesses will be fitted with millimeter-wave CPEs (consumer premise equipment), which translate outdoors mmWave signal to free Wi-Fi indoors. But those CPEs won’t exist until later this year, at least.

So I tried indoor/outdoor tests at a bank, a coffee shop, and a bagel shop with T-Mobile in Manhattan, and got … very inconsistent results

Those results are, unfortunately, too inconsistent from which to draw any good conclusions. But it looks like the millimeter-wave base stations are improving in terms of indoor reach. We’ll check again with Verizon in Providence, Rhode Island, this week.

We encountered another troubling problem with the Samsung Galaxy S10 5G when we were out testing.

It’s really hot in New York right now. The day we were testing, it was 90 degrees, sunny, and humid—much hotter than any of the previous days we tested 5G in Chicago or Dallas. Cranking the 5G modem running speed tests every two minutes, the phone frequently appeared to overheat and drop back to 4G in 5G areas. I think that the overheating explains a lot of the red areas in my walk around midtown Manhattan, along streets where I should have gotten consistent 5G coverage:

While this may have been a tower issue, I think it was the phone. For one thing, if I rebooted the phone and let it cool down for five minutes in a bank lobby, the 5G came back. For another, I duplicated the problem on a second device.

For now we can’t tell if this is a problem with the Galaxy S10 5G, with the Qualcomm X50 modem, or with millimeter-wave technology in general right now. Figuring that out would require us testing with multiple Samsung and LG phones in a city that has both a millimeter-wave carrier and Sprint (which doesn’t use mmWave), and we don’t have that setup available to us yet.

But if I’m going to make a guess, I think it’s a combination of the X50 and mmWave. The X50 is a relatively large, first-generation, discrete component connected to four mmWave antenna modules and crammed into a case that isn’t much bigger than the non-5G Galaxy S10+ phone. I think it’s pushing the thermal envelope here.

When the phone “drops back to 4G,” that means it’s turning the X50 off and using the X24 modem integrated into its Snapdragon 855 chipset. That X24 will pump data all day in 90-degree temps without stressing out.

We’ll be doing more testing this and next week on multiple different millimeter-wave networks, but this just emphasizes how bleeding-edge all these X50-based phones are. If anyone remembers the HTC Thunderbolt, the first major 4G LTE phone with its two and a half hours of battery life … it’s a little like that experience.

I don’t know if the expected Galaxy Note 10, which I believe will use a Snapdragon 855 with a discrete second-generation X55 modem, will be better on this count. We may have to wait for next year’s phones, which may integrate a 5G modem into the Snapdragon 865.

I don’t want you to take what I’m saying too seriously here; this is all speculation based on inadequate amounts of testing! But it’s worth keeping an eye on, and we will. 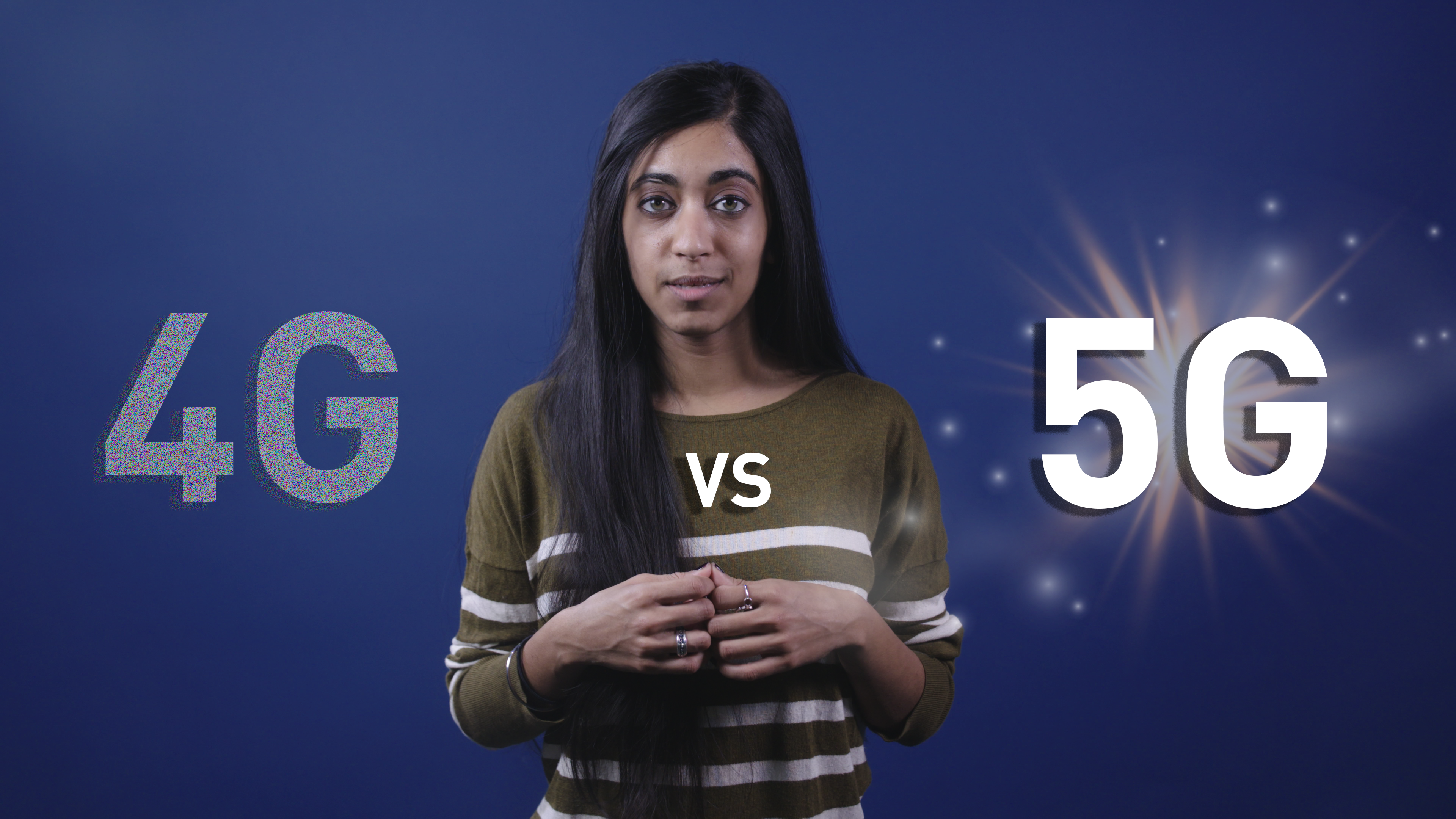 Best TV deals for the week of July 1

Get £75 off the new Casper Hybrid mattress with this code

Trump declares himself the ‘chief law enforcement officer’ of the US

HQ Trivia app will ‘live on’ after all, CEO says

Michael Bloomberg’s candidacy may be a gift to Bernie Sanders

Top Trump adviser fact-checked on CNN on Obama economy, said it was ‘horrible’

This wearable claims it can simulate happiness — Future Blink

Trump declares himself the ‘chief law enforcement officer’ of the US

HQ Trivia app will ‘live on’ after all, CEO says

Michael Bloomberg’s candidacy may be a gift to Bernie Sanders

Top Trump adviser fact-checked on CNN on Obama economy, said it was ‘horrible’

This wearable claims it can simulate happiness — Future Blink