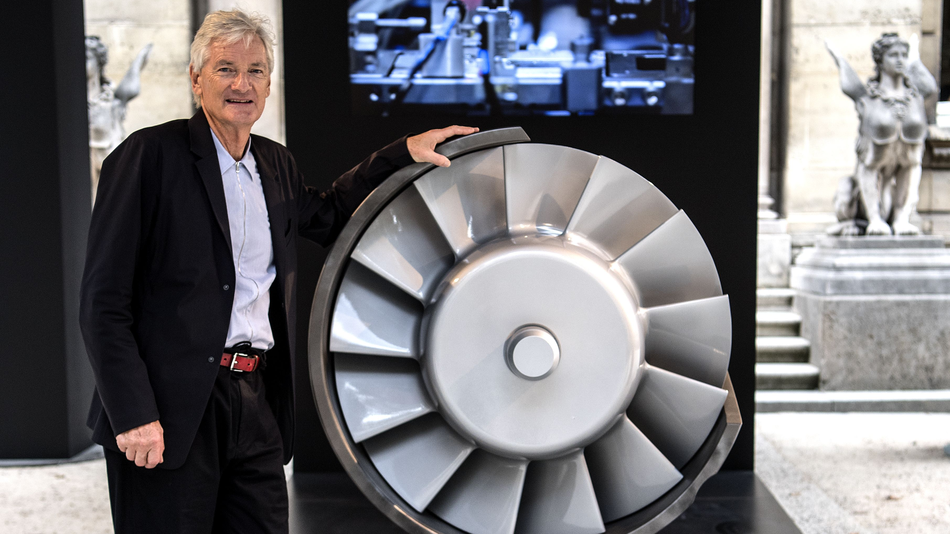 We finally know more about the mysterious electric car that Dyson – yes, the company best known for its vacuum cleaners and hand dryers – was working on.

In an interview with British newspaper , Dyson founder Sir James Dyson shared, for the first time, details and photos of the electric car that was cancelled in October 2019.

Sir James Dyson, Britain’s richest man, spent £500m developing an electric car to rival Tesla’s. Then he scrapped it before the first prototype took to the road. He tells John Arlidge why https://t.co/mIVmVFnN6D

According to Dyson, the aluminum vehicle which went by the codename “N526” weighed 2.6 tons, fit up to 7 people, had a top speed of 125 miles per hour, and could go from  0 to 62 miles per hour in 4.8 seconds. The car was about “five metres long, two metres wide and 1.7 metres tall” said Dyson.

The electric vehicle would have been able to go within a 600-mile range on a single charge. As points out, the Tesla Model S can go 379 miles and the Model X can hit 314 miles on a charge, making Dyson’s feat here particularly stand out.

The company attributed this achievement to its patented solid-state batteries. Dyson says this technology could endure “a freezing February night, on the naughty side of 70 mph on the motorway, with the heater on and the radio at full blast” and not take a hit in its performance.

One particularly interesting feature laid out by Dyson in the interview was the dashboard. The company founder explained how the car dashboard “floats in front of your face like a hologram.”

“There’s huge sadness and disappointment,” Dyson said about the now-cancelled project in the interview. “Ours is a life of risk and of failure. We try things and they fail. Life isn’t easy.”

Dyson confirmed to The Times that he had in fact driven a prototype, a project into which the company founder sunk £500 million, or more than $605,000, of his own money before scrapping it. Dyson is worth around £16.2 billion, or $19 billion.

Sources told Engadget that “only a handful of engineers” had seen a prototype of the vehicle in the UK, which the outlet fairly accurately describes as a “sporty-looking SUV.”

According to Dyson, the sale of each electric car would have needed to bring in at least £150,000 (more than $181,000) just for the company to break even. This made the project difficult to sustain for a company that primarily makes vacuum cleaners and doesn’t have revenue from non-electric car models to offset the costs.

Dyson plans for its electric car project back in 2017. At the time, Dyson  explained how its history with vehicles and air pollution actually dated back to 1988 when the company was working on a cyclonic filter for vehicle exhaust systems.

As for the team behind the car, which at one point was comprised of 600 people, Dyson said they’ve already moved on to other projects in the company.

He also stated that he’d be open to working with established car companies in the future if they are interested in Dyson’s proprietary solid-state batteries.

E-bike sales boom during the pandemic, but it’s too late for GM

China looks to retaliate against U.S. over ‘unreasonable suppression’ of Huawei