Vivianna and Peter Van Deerlin became something of Tesla evangelists after buying a Model S in 2013.

They loved the car, its message, and the community around it so much they started volunteering at a “boot camp” for new and prospective Tesla owners near their home in Cherry Hill, New Jersey.

Later when they bought Tesla’s newest Model 3, they decided to drive to Northern California to give the Tesla to their son. The couple, both 55 years old and physicians, would also be celebrating their 30th wedding anniversary.

Their journey shows how electric vehicles are changing how we think about the “all-American road trip.” The Van Deerlins traveled 3,180 miles without filling up at a gas station once. And they didn’t worry about running out of juice

“We were surprised by how easy it was to drive across the country,” they told Mashable.

Along the way, they visited friends from the Tesla community, made a stop at Yosemite National Park, where Vivianna noted the all-electric car “did not disturb the peace and quiet,” and toured the Tesla Gigafactory in Reno, Nevada.

Overall, the couple spent $130 on charging their vehicle during the road trip. They calculated they would’ve needed at least 126 gallons of gasoline with a combustion engine. Around Memorial Day, when they traveled, the national average price of gasoline was $2.80 per gallon. That means they would have spent more than $350 at gas stations. The couple didn’t seem to miss them.

“We’ve never had an electron spill, but we have had gasoline splash onto our clothes,” said Vivian.

They also didn’t worry about running out of power. The Van Deerlins relied heavily on Tesla’s Supercharger network, a system that makes taking a Tesla cross-country more feasible than other EVs. It includes 1,604 charging stations across North America.

The couple used 15 Superchargers and six slower “destination” charging stations at hotels and other locations to power their car, which has a range of 325 miles. The typical interstate has a Supercharger station every 50 to 100 miles.

Even without Tesla stations, there are more than 18,000 other types of public charging stations located in every state in the contiguous U.S. The Van Deerlins noted Utah and Nevada were charging hot spots, making daunting 800-mile drives through the desert doable in a day. Surprisingly, they didn’t encounter any close calls when it came to charging (although they did fishtail into a grassy median in Nebraska after a swerving truck nearly swiped them).

Here was their travel path over the course of six days, hitting only Tesla charging stations:

Other electric vehicles also want to be seen as road-trip friendly. The Nissan Leaf extended its range to more than 225 miles at the beginning of this year, making it useful for more than just short commutes. Earlier this month, Nissan partnered with the EVgo charging network to install another 200 fast chargers across the U.S.

Aditya Jairaj, director of EV sales and marketing for Nissan North America, said that once a car crosses the 200-mile range mark, drivers are more willing to plan longer trips.

Tesla, Nissan, and Chevy, with its all-electric Bolt, are just some of the EVs changing the perception that EVs are only suitable for trips close to home.

And companies like Rivian, Jaguar with its I-Pace, and Audi with the E-tron small SUV, are also introducing more “rugged” EVs that push the idea of where these type of cars can go.

The Van Deerlins didn’t think twice about taking an EV on the road. They admitted to planning very little beyond route-mapping Supercharger stations and picking hotels and other stops with Tesla chargers.

Still, range anxiety persists. A survey out this week from UK insurance company Aviva found that 81 percent of respondents were concerned about range when considering an electric car purchase.

Products like SparkCharge, a back-up battery charger you keep in your trunk, can alleviate some of that panic. But it provides barely one mile of charge for every minute it’s plugged in. For comparison, at a Supercharger station in Utah, the Van Deerlins filled up the battery with enough electricity for 163 miles in just 24 minutes.

Eventually, “gas stations” could morph into more of a hybrid system. Just this week, oil giant Shell announced it was partnering with Greenlots to add electric chargers to 10 Singapore service stations.

On their trip, the Van Deerlins relished moments that could one day become commonplace.

“I’ve never had a conversation at a gas station or taught someone about their car while pumping gas, but I have with a Tesla,” Vivian said. At one point on their journey, a family with three small children wanted to check out the Model 3. After showing off the front trunk, or “frunk,” and the touchscreen dashboard, “we let their son unplug the car though he was barely tall enough to reach the plug holder. He was so proud he did it himself.”

This is the next generation of the American road trip. 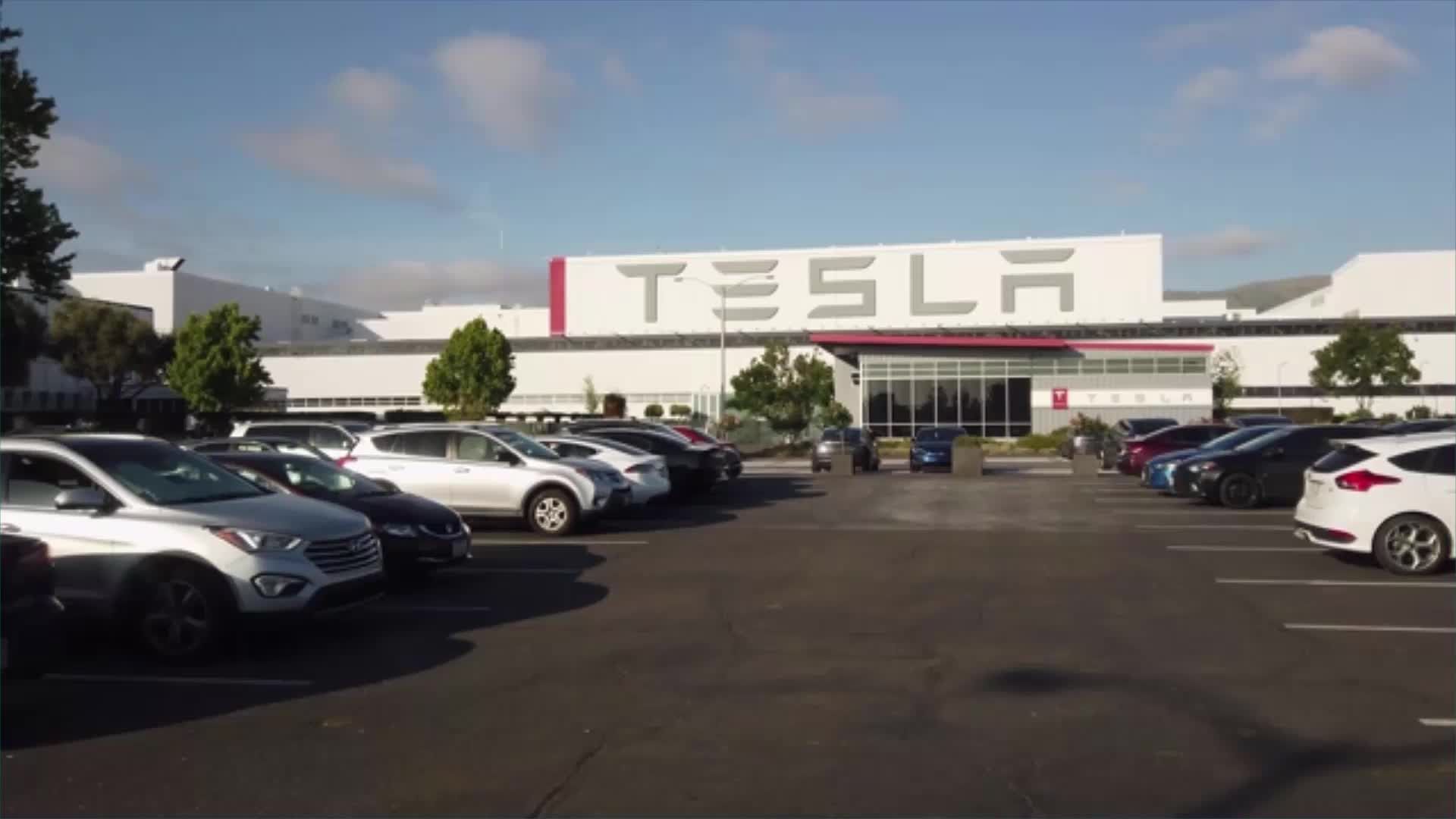 Your phone case may be hurting your phone’s 5G performance