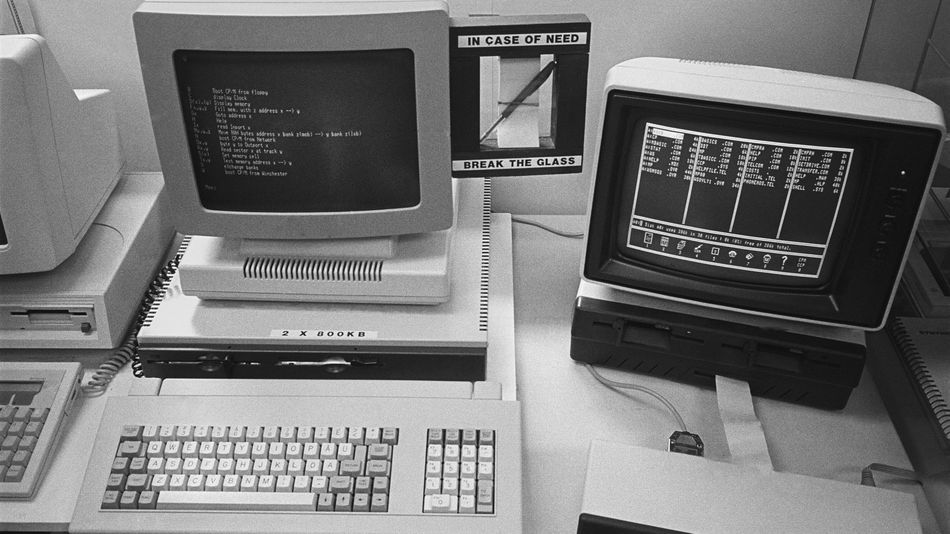 Ventilators, retired doctors, N95 face masks — all have been in high demand from heads of state and U.S. governors, but now you can add COBOL programmers to that pandemic response list.

That’s right, New Jersey Governor Phil Murphy has a new request you might not have seen in the headlines: computer programmers adept in a decades-old programming language called COBOL.

During these past two weeks, more than 362,000 New Jersey residents for unemployment due to the coronavirus pandemic. There was also a 1,600-percent in the state’s unemployment claims during the first week of the outbreak as compared to the usual amount New Jersey receives. Its system is now being overloaded, with many requests still yet to go through. And that system is apparently built on COBOL.

Over the weekend, NJ Governor Murphy held a to update his constituents on the state’s coronavirus response. During the conference, Murphy made an explicit request for programmers versed in “COBALT,” as he mistakenly referred to it.

“…On our list of volunteers, not only do we need healthcare workers, but given the legacy systems, we should add a page for COBALT [sic] computer skills because that’s what we’re dealing with in these legacies,” stated the New Jersey governor on Saturday.

While the request may have gone over most people’s heads, many programmers knew what Murphy was talking about. He was referring to COBOL, an antiquated computer programming language that dates to 1960.

“COBOL, for those who are unfamiliar, is a computer language that is over 60 years old, and was once the staple of software development across industry and government,” explained cybersecurity expert Joseph Steinberg in a post on his website. “By the late 1980s, however, it had become sufficiently obsolete that many universities did not even include it in their computer science curricula.”

Even though most developers are no longer using COBOL — and many young programmers have never even had to — a from 2017 found that over 220 billion lines of COBOL code are still in use. COBOL, by the way, stands for Common Business-Oriented Language and thats what it was used for.

A whopping 95 percent of ATM swipes are powered by COBOL and 43 percent of banking systems are built on the legacy programming language, according to the study that’s just a few years old. Financial institutions like Bank of America, Citibank, and JPMorgan all still require COBOL programmers to keep its systems up-and-running.  Each day, $3 trillion in commerce is by COBOL code. The programming language was even in 2014 due to just how much these business transactions rely on it.

But it’s not just businesses that are dependent on COBOL. Just like New Jersey’s unemployment system, many governmental agencies were built on the programming language, too. The Social Security Administration, for example, maintains 60 million lines of COBOL. The Department of Homeland Security and Veterans Affairs use COBOL for its systems that track everything from hiring to processing benefits.

But, as Steinberg points out, a big issue with finding someone adept in COBOL is that they are older in age. The average age of a COBOL programmer is well over 50. There was even concern decades ago that we would run out of COBOL coders. Federal agencies have been paying a premium for these developers because young programmers aren’t learning COBOL at a high enough rate to replace these workers as they enter retirement.

The coronavirus is showcasing the many ways in which our systems, whether it be economic, governmental, or, in this case, technological, are completely unprepared for disaster.

However, when it comes to COBOL, this isn’t the first time we were given a warning about the outdated programming language.

Heading into the turn of the century, computer programmers diligently to avoid the Y2K bug, an issue that could have caused major computer systems to fail upon the date changing from 1999 to 2000. COBOL, which was used to build many of these Y2K-affected systems, was one of the major programming languages posing an issue due to the way it commonly represented the year using only the last two digits.

“Literally, we have systems that are 40-plus years old,” said Governor Murphy. “There’ll be lots of post-mortems and one of them on our list will be how the heck did we get here when we literally needed COBALT [sic] programmers.”

We’re now twenty years removed from the Y2K  panic that clearly signaled a need to move on from COBOL. Perhaps, this time we’ll finally take the hint.

Zoom is different on your phone, so here’s when to use it