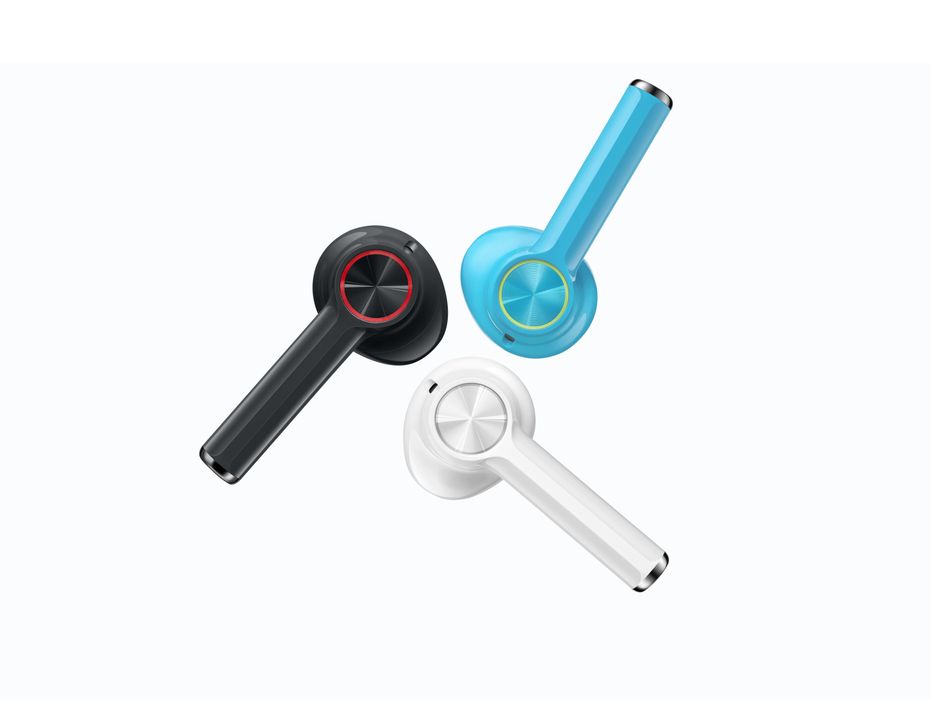 OnePlus Buds are a cheap and worthy AirPods alternative for anyone who wants wireless earbuds on a budget. But without a OnePlus phone, you’ll miss out on some key features

OnePlus is here to demonstrate the merits of modest ambitions.

Yes, OnePlus has finally joined the wireless earbuds market, just as every other major hardware company has in the wake of Apple’s 2016 AirPods revolution. What makes the OnePlus Buds fascinating is their $80 price point. Instead of packing in features like noise cancellation and hands-free virtual assistant support, OnePlus kept its Buds light and basic. You’ll pretty much just use these to listen to music or podcasts.

And that’s not necessarily a bad thing. When you weigh value against performance, the OnePlus Buds are a debut worth paying attention to.

I can’t stress this enough: The OnePlus Buds, which look and feel quite a bit like regular AirPods, are just $80. That’s half the $160 price tag of regular AirPods, and an even smaller fraction of the $250 Apple charges for its AirPods Pro. Sure, there are compromises that we’ll cover a little bit later, but compromise is part of life.

For that low price, you get the Buds in one of three colors: white and grey globally; blue in Europe and India only. The Buds come in a pretty typical charging case. In terms of shape, the case is similar to the one that shipped with the recent Google Pixel Buds. There isn’t much to say about it other than the earbuds and charging case together are rated for up to 30 hours of battery life. The Buds themselves can supposedly get up to seven hours on just music playback, and nothing happened in my testing to disprove that. The battery life here is very solid.

Going back to the physical design, the OnePlus Buds look similar enough to regular AirPods that unassuming passersby might think that’s what you’re wearing. They rest in your ears without silicone tips of any kind, with a long stem protruding out from the bottom. The biggest difference is a more prominent and flat touch panel on the outer edge, which doesn’t do as much as you would like. (I’ll get to that later.)

Despite a lack of anything to keep them secured in your ears, I never felt like the OnePlus Buds were really in danger of falling out when I took them out and about. Sure, they might get a little loose every now and again, but you can safely adjust them without accidentally skipping a song since the touch panel is easy to avoid. Most importantly, I was able to wear them for several hours at a time without ever getting uncomfortable. They’re light, breezy, and barely noticeable.

Sound quality is obviously an important part of the wireless earbud experience and OnePlus didn’t make any damning compromises to keep the price down. The 13.4mm dynamic driver helps deliver a listening experience that’s, again, not much different than the regular AirPods. High and low tones come through clearly, and the bass has just enough punch to not feel like a complete waste of time.

There isn’t noise cancellation of any kind for audio playback, but this only becomes a problem in very loud environments. Again: They’re eighty dollars.

As one might expect, OnePlus Buds work best with OnePlus devices. This is not a sin by any means, as the same goes for Pixel Buds on Pixel phones and AirPods on iPhones. I don’t begrudge OnePlus for locking certain OnePlus Buds features to its own devices, but some of the specific features in question should be device-agnostic.

To start, the OnePlus Buds can only Fast Pair with OnePlus (and other modern Android phones), meaning iOS users need to hold down the pairing button on the charging case and find the Buds in the Bluetooth menu. That’s fine, honestly, because it still only takes about 15 seconds total and you only have to do it once. Another big feature that’s exclusive to OnePlus phones is Dolby Atmos support for better surround sound from experiences that support it. I also can’t fault OnePlus for making that exclusive because it’s more of a nice bonus than a true necessity.

What actually bothers me is that you can’t customize the on-device touch controls on iOS or non-OnePlus Android phones. As it stands, the only two inputs the OnePlus Buds recognize are a double tap and a long press. Double taps will skip to the next track as well as answer or end phone calls. Meanwhile, you can press the touch panel for three seconds to switch paired devices or for five seconds to reject a phone call.

That’s it. No pausing, playing, rewinding, or adjusting volume. You’ll be able to customize those inputs on OnePlus phones, but for iPhone users like myself, we’re stuck with default commands that aren’t even especially useful. I can live without robust touch commands on earbuds, especially as a clumsy person who accidentally triggers them all the time, but the severe lack of options is disappointing. Again, compromise is to be expected with earbuds this cheap, but this particular compromise hinders usability to a noticeable degree.

One of the only non-standard features OnePlus is advertising for its Buds is noise reduction in phone calls. There are three microphones on each earbud that, when paired with a noise reduction algorithm, should keep ambient noise around you from bleeding through to the other person’s end when you make a phone call.

This was an excellent addition to the Bose NC700s last year, but it’s a little bit of a dud here. I don’t work near the bustling streets of Manhattan at the moment, so I tried my best to simulate it in my bedroom by turning up the air conditioner and jacking up the volume on some ESPN talking heads on my TV. In a OnePlus Buds phone call with my dad, he said my voice sounded a bit muffled and a small amount of ambient noise was coming through. He actually preferred the call quality without any external devices, just an iPhone.

I’m not going to write off the noise reduction feature entirely because it could differ across many environments, but I wouldn’t call it a selling point. At the very least, the microphones might not be great for phone calls.

In a crowded and competitive wireless earbuds market, OnePlus Buds make a mark with what they don’t do. They don’t cost hundreds of dollars or set out to please you with tons of special features you might not need. Unfortunately, they also don’t give you full control over your experience without also owning a OnePlus phone.

Even so, I choose to take a glass-half-full view of the OnePlus Buds. They are so damn cheap that I can let a few little annoyances slide. I enjoyed using them nearly as much as I enjoyed using my regular AirPods and they only cost 50 percent as much. People who own OnePlus phones in particular should strongly consider getting these because they’ll work seamlessly with their devices and offer a few bonuses.

But, even if you don’t have a OnePlus phone, these are genuinely worth a look. The OnePlus Buds don’t aspire to much, but they don’t have to.