Byton was the darling of CES last year, showing off its never-ending dashboard screen and other touchscreens on practically every surface of the Chinese’s company first all-electric car, the M-Byte. Now we know that nearly all designs from the prototype car will actually be made, including that massive 48-inch end-to-end screen up front.

This week Byton showed an interior glimpse into the final design of the cars as the first electric SUVs are made in China. The $45,000-starting-price car will make it to the U.S. after China by the end of 2020. The car will will feature the 48-inch gesture-controlled screen with Alexa (and Baidu) capabilities.

The company noted, “90 percent of the innovative design from the concept car was retained” meaning that massive wraparound dash screen, other touchscreens like the 8-inch central in the center console, and the 12-degree rotations in the front seats for a more comfortable viewing experience are in the final production cars. Some other exterior and interior design changes were made for the 325-mile range vehicle.

The tablet on the driver’s tablet was shaved down to 7-inches from 8 inches to make room for necessary equipment like the air bag and physical control buttons. The user interface on the screens is also recognizable from the prototype and early models with large displays for navigation, music and other media, climate control, and, you know, driving and car information.

More screens can be added in the back seats if you need more screen time. As Byton CEO Daniel Kirchert told me at the company’s U.S. headquarters in Silicon Valley earlier this year, the cars are meant to replace your phone. No need to pull out that iPhone when you’ve got 48 inches of connectivity in front of you and around you.

You can reserve a Byton M-Byte online. Its electric sedan, the K-Byte, is still in concept mode, but don’t worry, it also has a massive screen. 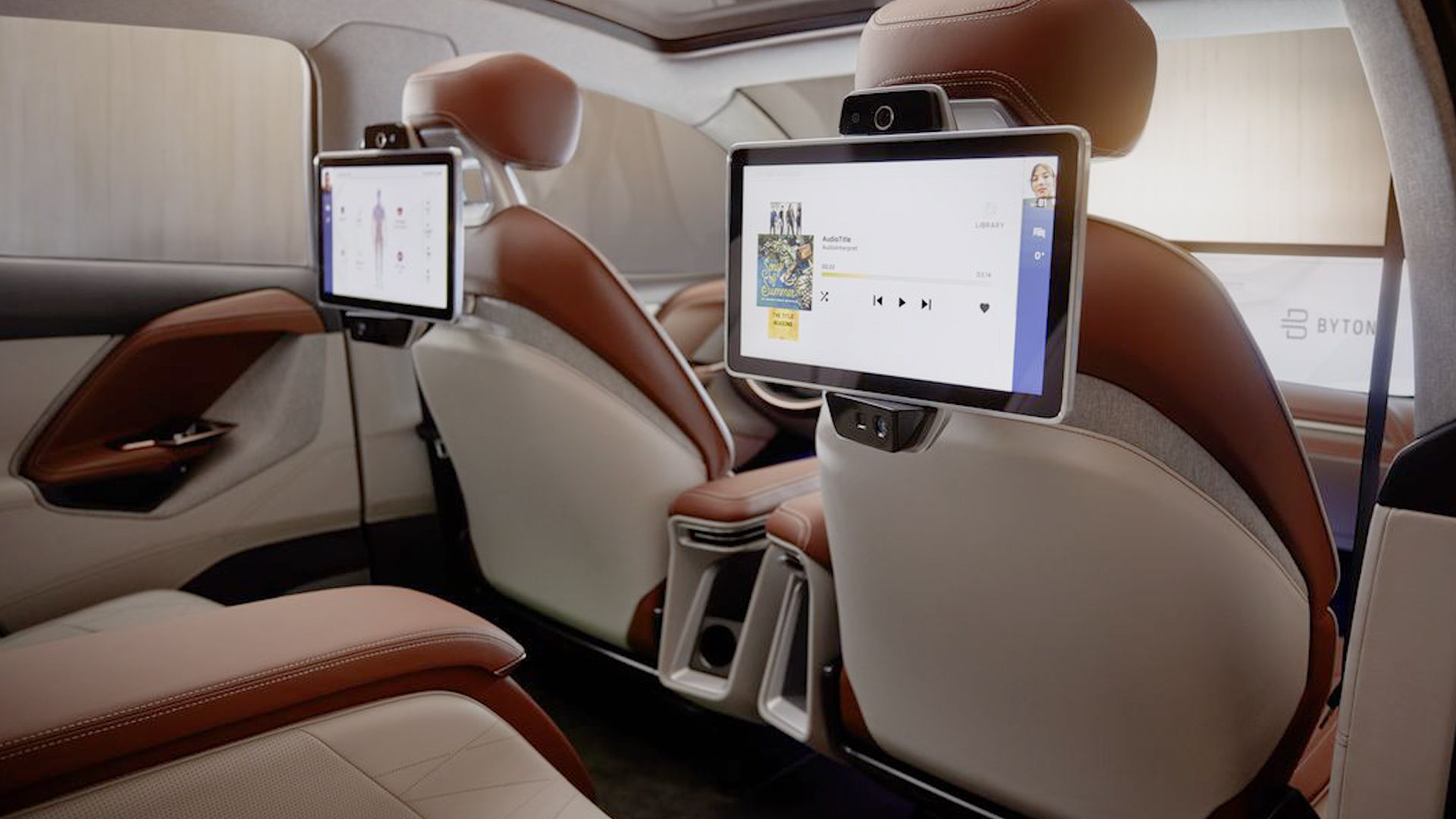 Playstation Classic on sale for under $30: Save 70% at Walmart