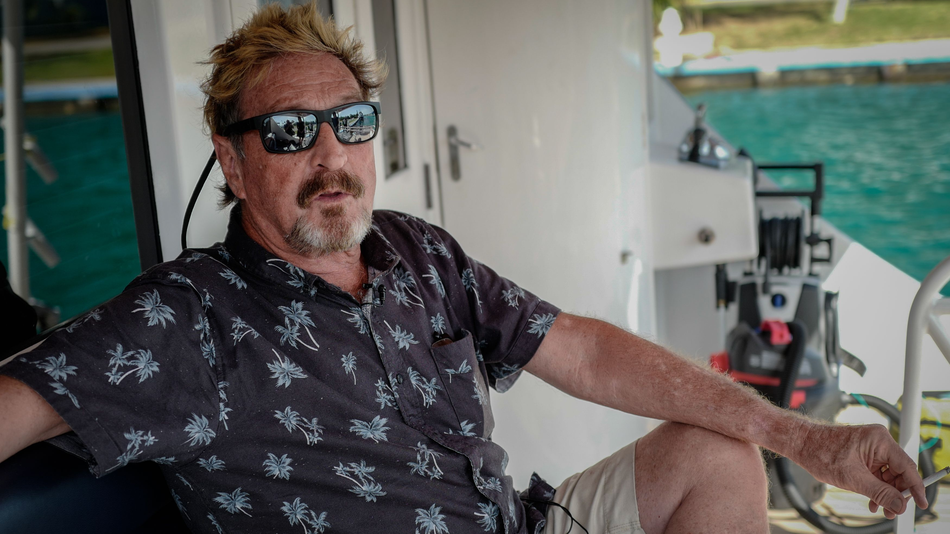 2020 sure does suck so far. But the year might not yet be a complete wash.

still has to eat his dick on live television.

Three years ago on this date, on July 17, 2017, McAfee, the eccentric founder of the antivirus software company bearing his name, made the bet of a lifetime.

Bitcoub’s low of $1,800+ yesterday simply could not be maintained. In the long term Bitcoin moves above $500,000 within three years. Bets?

Now while most people would throw down money to make this bet, McAfee had a very different idea.

if not, I will eat my dick on national television.

In a reply to Twitter user @DogMagUra, who was simply double-checking McAfee’s claim that 1 BTC would be worth $500,000 in three years, the unconventional software millionaire and former “person of interest” in a murder investigation responded:

“If not, I will eat my dick on national television.”

McAfee probably thought it was a winning bet at the time. The cryptocurrency news on July 17, 2017 great — Bitcoin had just fallen below $2,000 after a big uptick — but later that year it would hit its all-time high: $19,800.

Fast forward to July 17, 2020, three years from the day McAfee made his bet. Today, a bitcoin is worth around $9,150. It’s certainly up from three years ago, sure. But we’re far away from $500,000. The world may be very different from the one we were living in three years ago, but a bet is a bet.

Many on Twitter reminded McAfee that it was time to make good on his bet.

McAfee’s response? He appears to be chickening out.

Neeraj is just an idiot.

The “In three years” was a reference to that date. The originator of this tweet did not research it.

Will I eat it?

You bet! Myself, or, perhaps, a subcontractor:) pic.twitter.com/9LQS7usfU1

The former antivirus software mogul is now saying that we have the timeframe all wrong. Several months after his initial tweet, in November 2017, he tried to say that he meant the end of 2020.

But in July of 2017, McAfee agreed to a term of three years. That’s it. You start the clock on the day the bet is made. We don’t celebrate our birthdays at the end of the year. We turn a year older on the day we were born. That’s how this works.

McAfee is certainly a dude. He most recently ran to be the Libertarian Party’s presidential candidate in 2016 and 2020. The party didn’t nominate him for either of his bids.

McAfee made headlines in 2012 when was wanted as a “person of interest” in the investigation of the murder of his neighbor in Belize. He was later tracked to Guatemala where he claimed he was seeking political asylum. McAfee was arrested for illegally entering the country and eventually back to the U.S. Officials in Belize did not proceed with charging McAfee with a crime. He’s also been of rape.

So, yeah, McAfee is certainly not a good guy. I can think of no greater punishment than McAfee eating his own dick, on live television no less. It’s time for McAfee to pay the piper.

Cloudflare goes down, and takes the internet’s security blanket with it