Imagine this: You’re traveling, and after a day of sightseeing you just want to relax in your hotel room and chill with Netflix. You fire it up and search frantically for your favorite show, but it just isn’t there. What gives?

The problem is this: Netflix shows different content for different geolocations, no matter where your account is based (though this is starting to change). So if you signed up in the U.S. but are traveling in Italy, you’ll likely see a very different (read: poorer) selection of content.

A simple way to beat this would be to use a VPN, but Netflix doesn’t like VPNs. The service actively thwarts any attempts to access it over a VPN, constantly banning new servers as they appear. The trick is to choose the right VPN, as some are more resilient to this than others.

SEE ALSO: This is the last VPN you are ever going to need, and it’s on sale

A VPN, or virtual private network, lets you access content through a server located in a remote location, with the added benefit of providing more privacy when connecting to the internet. The best VPN services support all major platforms and let you connect to a wide range of servers in numerous different locations. Using VPN is typically very simple: Install the app on your platform of choice, choose a geolocation and just continue surfing as you normally would.

Before we lay down a list of best Netflix-friendly VPNs, know this: No VPN is perfect, and Netflix is constantly waging a war against them, so whichever VPN you choose might not work at any given time. But by choosing a solid, proven VPN with a good track record and tons of servers, you’ll increase your chance of getting good results. And this is not only about Netflix — a VPN that works with Netflix is likely to also work with other streaming services such as HBO Now and Hulu.

Another tip: Free VPNs, such as Opera VPN (which is built into the Opera browser), have a very poor chance of unblocking Netflix content. We’re sorry, but you’ll likely have to dish out some cash to get the full Netflix experience anywhere you go.

NordVPN is the most secure and trusted VPN on the market, boasting compatibility with every streaming service.

NordVPN is the most secure and trusted VPN on the market, boasting compatibility with every streaming service.
is offering a 3-year subscription for £2.29 per month:

One of the most reliable VPN services out there, NordVPN offers 3,533 servers worldwide. But most importantly, Netflix through NordVPN works without a hitch. Accessing U.S.-based content through it was as simple as firing up NordVPN, clicking on a dot on the U.S. map, and voilà, all of Netflix’s 5,000+ TV shows and movies instantly become available upon logging into Netflix.

Even more importantly, streaming through NordVPN was fast and without problems. And if you do get into trouble, the service has a dedicated help page for dealing with Netflix-related issues.

As for the rest, NordVPN offers top-notch encryption, protection from dangerous websites and malware, and a guarantee to not retain your data.

NordVPN costs $11.95 per month but it also has some cheaper long-term deals, like a three-year subscription for $99.

A Netflix VPN with a great customer service

ExpressVPN has excellent customer service and compatibility with unblocking streaming services, but is ultimately too expensive
ExpressVPN is offering a 15-month subscription for around £5.37 per month:

ExpressVPN also has a formidable number of servers, with more than 1,700 on tap. It offers a huge number of locations to connect through — 148 cities in 94 countries. It promises great security, unlimited bandwidth, and no data retention (the company is based in the British Virgin Islands).

But what we really want to know is whether it plays well with Netflix, and we’re happy to inform you that the answer is yes. ExpressVPN also lets you set up VPN at the router level, meaning you’ll be able to stream through a VPN even on devices like smart TVs.

ExpressVPN is quite user-friendly. You start it up, choose a location, and you’re all set. The app will also recommend a location depending on your actual geolocation, ideally providing you with better speed.

Not the best live support

CyberGhost VPN is a an awesome user-friendly VPN packed with great features, and is most suitable for those of you that are new to VPNs.

CyberGhost VPN is a an awesome user-friendly VPN packed with great features, and is most suitable for those of you that are new to VPNs.
is offering a 3-year subscription for £2.10 per month:

CyberGhost says it has 1,250 servers, a total bandwidth of over 40 Gbit/s, 256-bit encryption and it lists video streaming as one of its main strengths.

This service is of particular interest to us as it actually has a dedicated Netflix button (go to Unblock Streaming and then Netflix) which will choose a server that should play nice with Netflix. This can also be seen as an extra step — after all, some other VPNs work on the first try — but it’s reassuring that the company is focusing directly on this feature, so you know exactly what to complain about if it doesn’t work.

The app is priced $11.98 per month or $66 per year,  but it offers 50% off deals in which you pay half the price for the first month or the first year, depending on which plan you choose.

If you’re looking for a powerful VPN to browse various torrent sites, TorGuard is for you.

A powerful VPN that makes it easy to browse various torrent sites.
As its name suggests, is really targeted toward those who frequent torrent sites. It offers a ‘stealth’ service that it claims can get around even the most advanced firewalls designed to root out VPN users and the company says it doesn’t keep any logs of users’ activity.
Its download speeds are also optimised for torrents and the service doesn’t place any data caps on users. And, with more than a thousand servers in dozens of countries, TorGuard offers a lot of flexibility in choosing a location.
Finally, a single subscription buys you access for up to five different devices, all of which can be connected to the VPN simultaneously.

TorGuard has a special way for dealing with Netflix, but it’ll cost you extra.

The problem with VPNs in general is that, for the typical price you’re paying, you get an IP address that’s shared among many users. Those are easier to detect by Netflix’s anti-VPN systems, and thus often get banned.

So TorGuard started offering a dedicated U.S. IP address for users who want to make sure (well, nearly sure) that Netflix won’t ban them.

This should typically work without a glitch — just like having your own server over in the U.S. But it does come with a premium price. TorGuard’s standard pricing is $9.99/month, $59.99/year, $99.99 for two years, but the dedicated IP (look for Streaming IP in TorGuard’s account configuration area) will nearly double that, adding another $7.99 per month, $54.99 per year and $82.48 per two years on top of the standard pricing.

Only get a cloud VPN server from a premium subscription • Expensive

A Netflix VPN with fast speeds that doesn’t affect ping

Like most other VPN providers, VyprVPN boasts great speed, lots of servers (more than 700) and an unlimited service. It also works with Netflix, though you may have to try out a few servers before you find one that works, and even then it’ll only work with the U.S. version of the service. Also note that the service retains the user’s source IP address, connection times and amount of data used for 30 days.

But the best thing about VyprVPN is that, unlike many other providers, it has a free three-day trial, meaning you can test out its full capabilities without paying a dime (do note that you’re not allowed to use more than 1GB of data or you will be charged).

If you do decide to buy, you can either get its basic service for $9.95 per month or $60 per year, or the premium one (which offers more simultaneous connections, a cloud VPN server and better privacy) for either $12.95 per month or $80 per year. 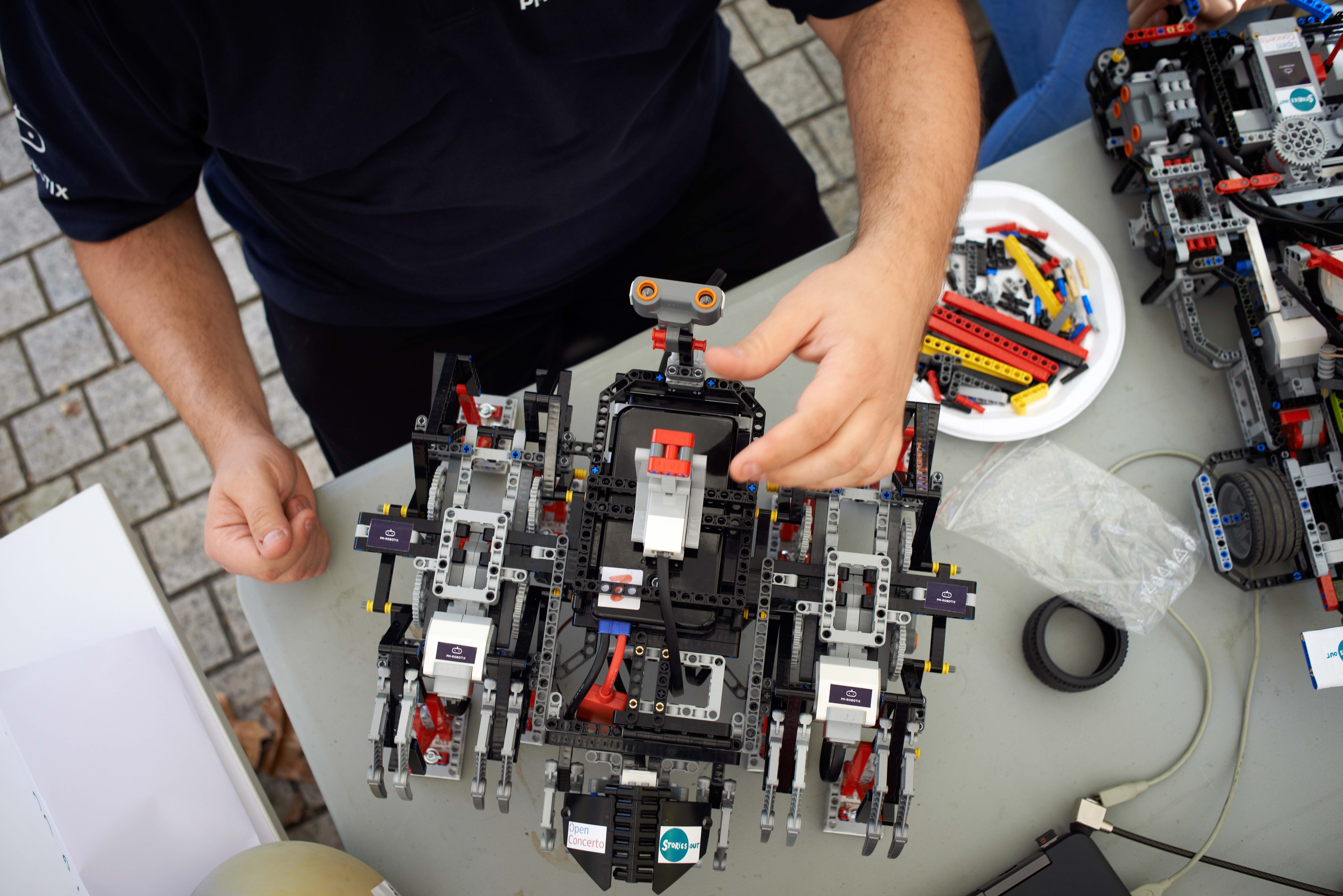