Imagine taking an Apple MacBook Pro with a Touch Bar, then stretching that Touch Bar down to occupy nearly half of the space where the keyboard usually resides.

That’s pretty much what Asus’ new ZenBook Pro Duo laptop looks like, and while we’re not quite sure about the concept’s usefulness yet, we have to give Asus credit for sheer bravado in launching such a product.

The concept is similar to HP’s Omen X 2S laptop, which also has a smaller screen below the regular screen and above the keyboard. But while HP’s secondary screen measures a meagre 6 inches, the Asus ZenBook Pro Duo has an ultra-wide, 4K touchscreen with a 14-inch diagonal, which can easily fit several apps side-by-side.

And besides the ScreenPad Plus, which is how Asus calls its secondary screen, the laptop actually has a third screen, in the form of a trackpad that doubles as a number pad.

The ZenBook Pro Duo will surely take some getting used to. Its keyboard appears a bit crammed, and the trackpad is placed to the right (instead of directly below) of the keyboard. But if you’re really hurting for screen real estate, it might all be worth it. Imagine being able to have a chat window open while playing a game in full screen, or being able to take notes on the secondary screen (yes, it supports styluses and one is included) while watching a full-screen video.

With so many screens, one might wonder why Asus hasn’t gone all in and simply turned the entire lower half of the laptop into a giant screen, à la Lenovo Yoga Book. But having tried that device’s virtual keyboard, I’d say that a real physical keyboard is still preferable for any amount of serious work or gaming.

The rest of the ZenBook Pro Duo’s specs are pretty good as well. Its main screen is a 15-inch, 4K OLED panel, and the laptop can be configured to have up to an 8-core Intel Core i9 processor and an Nvidia GeForce RTX 2060 graphics chip. It also has a Thunderbolt 3 port, two USB-A ports, an HDMI port and a headphone jack, as well as two big cooling vents, one on each side.

Asus also announced the Zenbook Duo, a smaller version of the dual-screen laptop, with a 14-inch main screen and a 12.6-inch secondary screen and specs which max out at an Intel Core i7 processor and an Nvidia GeForce MX250 graphics chip.

Pricing for the ZenBook Pro Duo and the ZenBook Duo has not been announced yet, but Asus says both will be available in the third quarter of 2019. 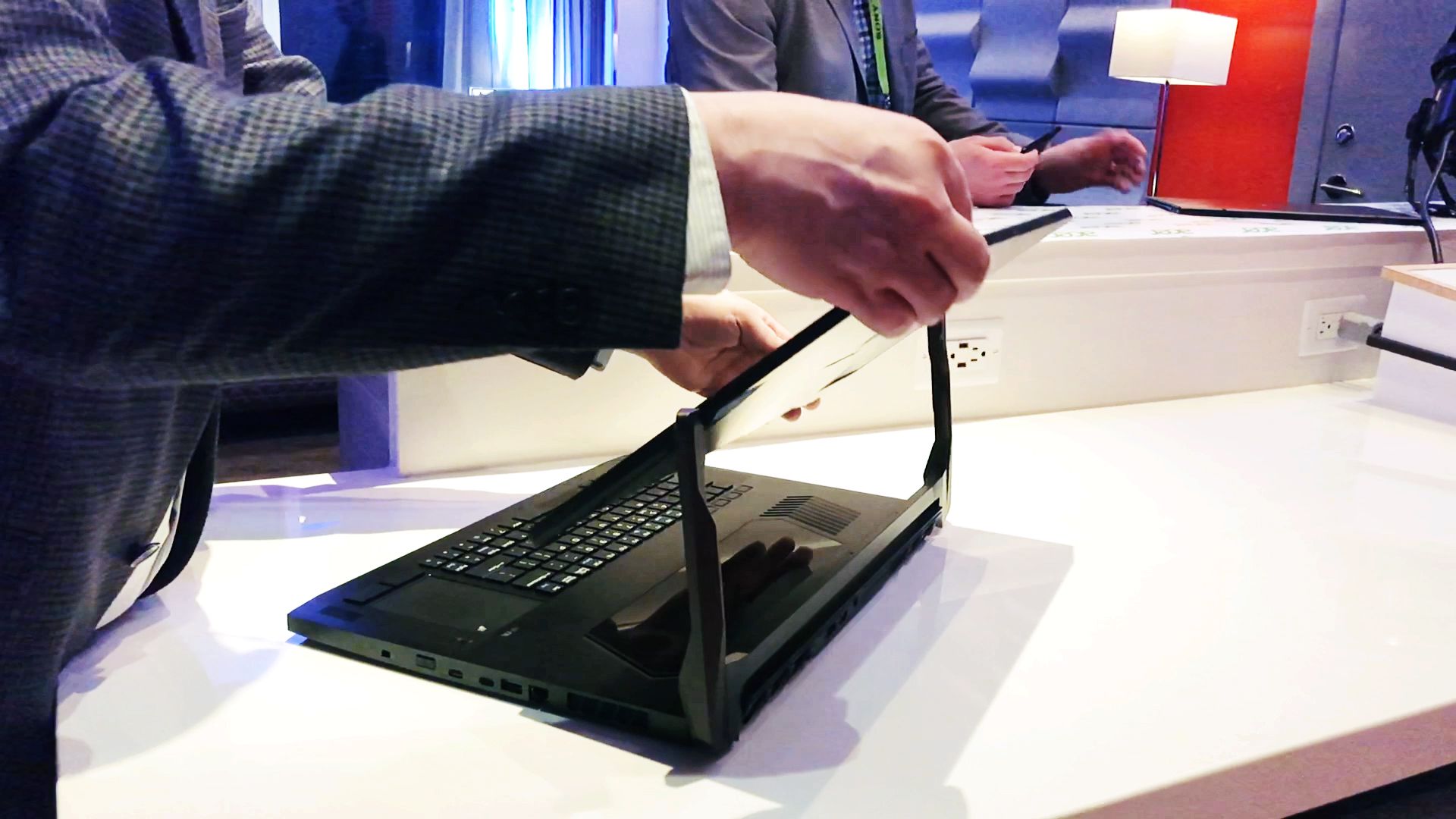 11 mind-blowing facts about the US economy